Surrealism is synonymous with Paris.

The term conjures up the dream-like paintings of Magritte, Miró and Dali, created in the French capital during the 1920s. However, by the 1930s the artistic movement had arrived in the UK, with the International Surrealist Exhibition opening in the summer of 1936 in London. And yet, London was not the only centre for British Surrealism. From the 1930s to the 1950s, Birmingham, too, had an informal grouping of artists and intellectuals associated with Surrealism, and they believed themselves more true to the movement’s Parisian origins that their London counterparts. This blog post introduces you to the Birmingham Surrealists.

From the outset the Birmingham Surrealists were distinguished by their opposition to a London-based vision of Surrealism, which they saw as inauthentic or even anti-surrealist. “If London was trying to make a contribution, we were not interested”, declared Robert Melville. Conroy Maddox denounced such established figures as Herbert Read, Henry Moore and Graham Sutherland, who were within the Surrealist orbit, as too middle-class and purveyors of the picturesque. They preferred instead to build links directly with Parisian Surrealism, and met with André Breton, Max Ernst and Salvador Dali.

During and post-World War II, the Birmingham Surrealists played an increasingly important role. Surrealist activity in London virtually ceased with the closure of the London Gallery in 1939 and the London Bulletin in 1940, and the Birmingham group expended considerable energy in attempts to reinvigorate wider English Surrealist activity. Maddox played an organizing role in the 1940s ‘Surrealism Today’ exhibition at Zwemmer Gallery. Meanwhile, Robert Melville played a key part in the conception of the Surrealist magazine and manifesto ‘Arson: An Ardent Review’, which attempted ‘to provoke authentic collective Surrealist activity’ and featured all of the major Birmingham figures among its contributors.

The Birmingham Surrealists would meet in the Kardomah Café in New Street or the Trocadero pub in Temple Street. In later years Maddox’s house in Balsall Heath would play host to more eclectic gatherings and festivities attended by women in Gypsy dress, communist intellectuals from the University of Birmingham, early post-war Caribbean immigrants, the jazz musician George Melly, poets Henry Reed and Walter Allen, and writers Stuart Gilbert and Henry Green.

Who were the Birmingham Surrealists?

Conroy Maddox (1912 -2005) was a self-taught artist who produced more than 2,000 paintings, as well as gouaches and collages during his career. Although his work was evidently derived from Ernst, Magritte and Dali, he was inventive and prolific. He made a large number of Surrealist sculptures, including a typewriter with its keys replaced by upturned drawing pins. The Balsall Heath house also contained many photographs of Maddox in the company of a nun. Some of their activities involved a crucifixion, the naked but bespectacled Maddox its victim, while the nun drank from a two-pint bottle of the local brew, Mitchell’s and Butler’s.

John Melville (1902 – 1986) was a self-taught painter. Using both oil and watercolour, his choice of subjects as a painter was wide: he painted figures, portraits, still-life and landscapes. There is a softness to the imagery and texture of Melville’s images, which often show transformed figures in dream-like spaces. In recent years his reputation has grown and his singular style has led to his inclusion in a number of public exhibitions – notably “Surrealism: Two Private Eyes” at the Guggenheim, New York in 1999 and “Surrealism in Birmingham” in 2001.

Emmy Bridgwater (1906 – 1999) studied at Birmingham School of Art and later at the Grosvenor School of Art. She produced a small but highly original output of paintings, drawings, collages and poetry defined by their limited palette and thick paint. They often depict an emotionally charged dream world in which unrelated objects fill desolate landscapes. Many of her narratives depict strange metamorphoses at the origin of life, incorporating birds, eggs, eyes, little girls, open tombs and larvae. In 1947, Andre Breton, the leader of the Surrealist movement in France, selected one of her paintings, together with four others from British Surrealists, to be exhibited at the International Surrealist Exhibition at Galerie Maeght in Paris.

Oscar Mellor (1921 – 2005) had been painting Surrealist watercolours from the age of 15, but took up painting more seriously on returning from the war in 1946, studying part-time at the Birmingham School of Art and the Ruskin School. He was also a publisher of poetry and in the 1950s he founded the Fantasy Press, publishing works by poets including Philip Larkin, Kingsley Amis and Thom Gunn.

Desmond Morris (b.1928) had an unusual double career as an artist and a zoologist specialising in animal and human behaviour, in which field he has published some fifty books. When Morris was 14, his father was killed whilst serving in the armed forces, causing Morris to drift towards Surrealism. While studying zoology at the University of Birmingham he met Conroy Maddox, who introduced him to the other Birmingham Surrealists. He recognises that his paintings are “very biomorphic, very preoccupied with biological shapes”, whilst his biological writings “are largely concerned with visual patterns of behaviour”.

Robert Melville (1905 – 1986) was an English art critic and journalist. Brother of the artist John Melville, he was also a key member of the Birmingham Surrealists in the 1930s and 1940s. An early biographer of Picasso, he later become the art correspondent of the New Statesman and the Architectural Review.

In July 1948 a Short Manifesto from the Surrealist Group in Birmingham was published and signed by twelve Birmingham artists, including Maddox and Mellor but missing major figures such as Bridgwater, Morris and the Melvilles. Its call for the formation of an “active surrealist group” to reject the “patriotic myths, official pedagogy, the debris of moral rationing which constitutes much of the art, poetry and philosophy of our time” was not without irony though: English surrealism was increasingly looking like a spent force and the manifesto had a far from galvanising effect on local artists.

The Birmingham Surrealists were also instrumental in establishing the Birmingham Artists Committee: an artist collective that organised progressive exhibitions of painting and sculpture in Birmingham between 1947 and 1952. Led by Robert Melville, Oscar Mellor and Trevor Denning, the Committee wanted to break the stranglehold of the conservative Royal Birmingham Society of Artists on the exhibition of work by living artists in the city. Its exhibitions were an important post-war outlet for the Birmingham Surrealists, showing the work of Conroy Maddox, John Melville, Emmy Bridgwater and the young Desmond Morris. Other notable artists represented included CoBrA member William Gear and the sculptor Gordon Herickx.

Although there was no organisational link, The Birmingham Artists Committee was acknowledged as a catalyst by the artists who founded the Ikon Gallery in 1964.

Fri May 3 , 2019
ziREjA is an award-winning photographer and performer who makes art out of rubbish, quite literally. She is one of a growing number of contemporary artists, […] 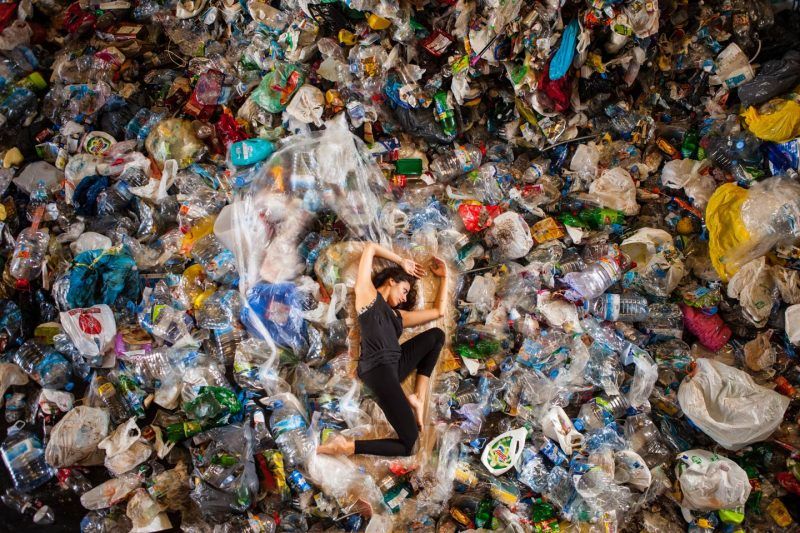