A recently discovered painting by L. S. Lowry, The Mill, Pendlebury (1943), has sold for more than £2.6 million, after 70 years hidden away in America! Tonight, the hammer went down at Christie’s London during the Modern British Art auction, where it was sold to a private collector for £2.65 million. Sure, it’s a lot of money. But, as an art expert, here’s why I think they got a good deal…

Lowry has gone from outsider artist to art world darling

Lowry’s popularity is only increasing. Over the last 20 years the art market has shown a demand for this modern British artist, who was an art world outsider for much of his career. Since the late 1990s he has started to reach millions of pounds in the auctions for oil paintings such as this. Museums have had a part to play in this. The 2013 retrospective at Tate Britain compared him to the great painters of modern life: Van Gogh, Pissarro and Seurat. Now, he’s being taken a lot more seriously.

‘This painting ticks all the boxes where Lowry is concerned. It’s a classic, industrial landscape from a peak period in the artist’s career, the 1940s”.

If you’re going to buy a Lowry, you want it to look like a Lowry. This one has the terraced, red-brick houses, smoking chimneys and ‘matchstick’ men.

It’s actually a new discovery. The picture was given by Lowry as a gift to an American family living in Salford, who took it back to America and kept it hidden away for 70 years. It has therefore been unknown to art historians, collectors and dealers until now. It doesn’t feature in any books or publications about Lowry…well, not just yet.

Its most recent owner is the influential medical researcher Leonard D Hamilton, who died earlier this year. Dr Hamilton played a key role in discovering the structure of DNA. He inherited it from his parents while studying medicine at the University of Oxford – and hung it on the wall of his student room! In 1949, Dr Hamilton moved to the United States, taking ‘The Mill, Pendlebury’ with him.

The scene is important because it was the same mill that first inspired Lowry as an artist. It was in 1916, after missing his train, that Lowry looked at the scene with new eyes. He later recalled the moment:

“The mill was turning out hundreds of little, pinched figures, heads bent down … I watched this scene – which I’d looked at many times without seeing – with rapture.”

Lowry’s reputation has changed dramatically over the decades. He was always liked by the public, but the art establishment took some time to catch up.  Now, it seems there is no stopping the art market.

Like Lowry? You can read about Warrington’s ‘Secret Lowry’, Eric Tucker who I have been researching and written about in this book.

Behind the Scenes | Photoshoot at Ikon

Mon Jan 27 , 2020
What’s the first rule of being an art blogger? You’re going to need a gallery-based profile pic. I’ve taken a lot of selfies since starting […] 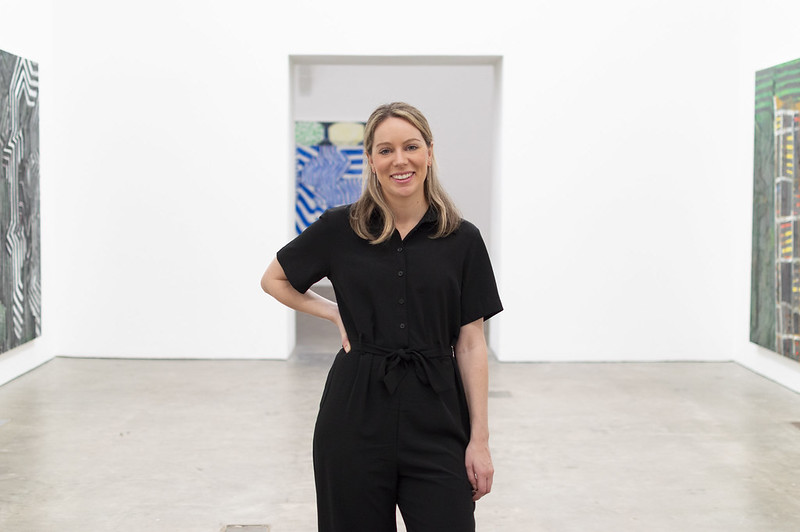