Hit exhibition, ‘Slaves of Fashion’, by The Singh Twins is coming on tour to Wolverhampton Art Gallery from 21st July – 16th September 2018. Showcasing new work by the artists, it explores current debates around the intersection of politics and trade, as well as the wider themes of empire, conflict and slavery. With satirical portraits of Boris Johnson, Theresa May and Trump on show, it seems pretty relevant right now.

About The Singh Twins

Rabindra and Amrit Singh – better known as the Singh Twins – create Indian-influenced paintings which explore a broad range of social, political and cultural issues. Re-defining Eurocentric perceptions of art, heritage and identity, they were awarded an MBE in 2011 for their revival of Indian miniature painting within contemporary art practice. 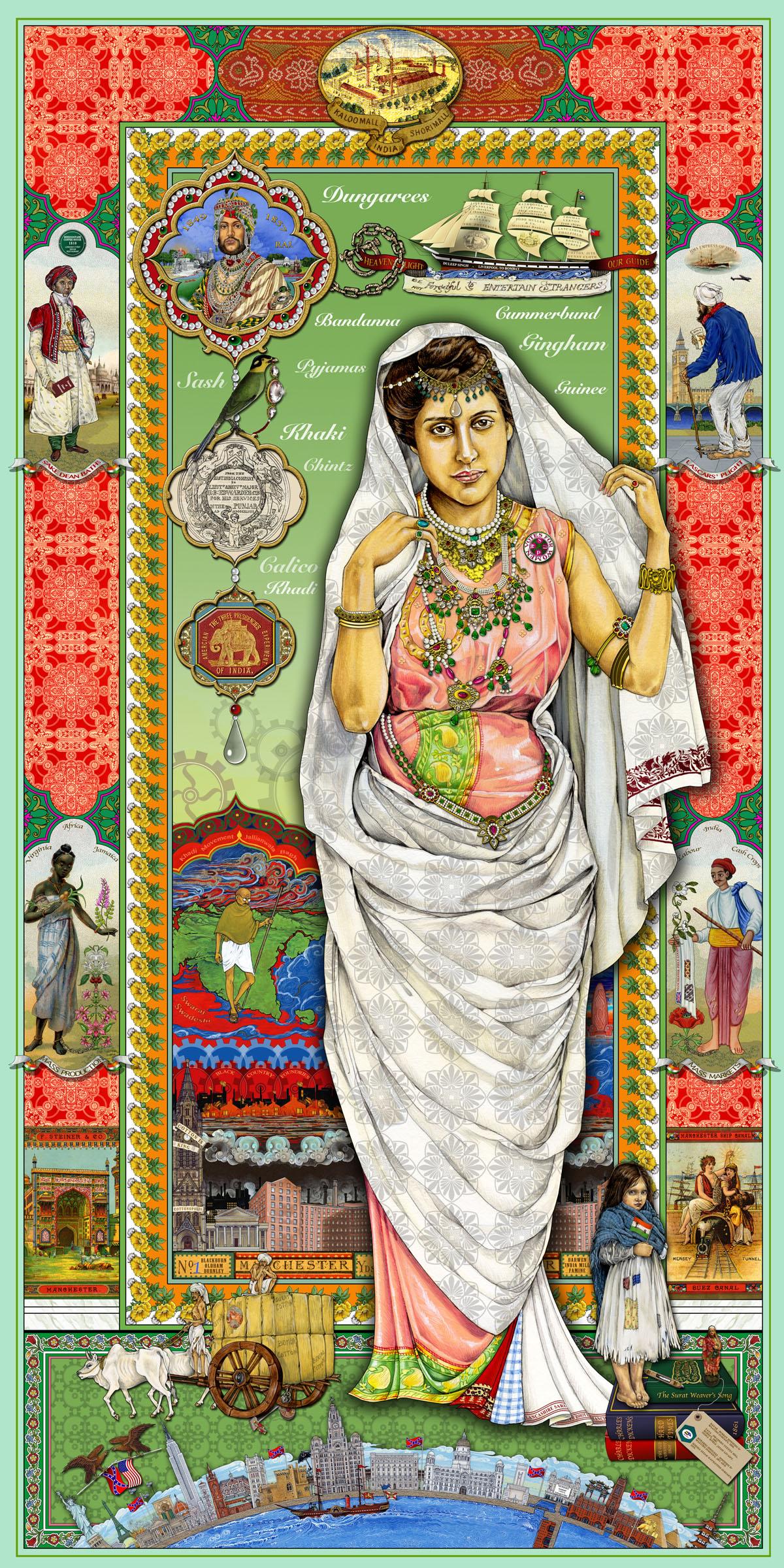 From current debates around ethical trade and consumerism through to satirical political portraits, the artists’ latest body of 20 works (which featured on the BBC’s Civilisations stories: The Empire) offers an exploration of the history of trade in Indian textiles as a global story of Empire, conflict, enslavement and luxury lifestyle that has modern day parallels.

Combining the traditional hand-painted techniques for which the artists are renowned, with digitally created imagery, the life-sized portraits of historical figures are packed with symbolic detail. Each digital fabric artwork highlights a different theme relating to the global story of trade in Indian textiles.

Central to one of the exceptional portraits, ‘Cotton: Threads of Change’, is British-born Indian Princess and leading Suffragette, Sophia Duleep Singh whose personal life connects to the complex narrative of cotton, as part of the wider story of trade in textiles and Empire built on conquest and enslavement.

“A key aim of Slaves of Fashion is to reveal how historical trade practices, linked to colonialism, conflict and enslavement which are looked back on as unethical today, actually still continue” – The Singh Twins.

A further nine artworks in the series explore how historical narratives connect to current debates around ethical trade and legacies of Empire. These include portraits of politicians Theresa May, Angela Merkel and Donald Trump which draw on the tradition of satirical cartoons.

Their painting ‘The King is Dead, Long Live the King’, shows Donald Trump sitting on a catwalk, surrounded by cotton fields. It’s the idea that even hundreds of years on from the 19th Century, cotton is still one of the most valued resources within the textile and fashion industries. As the artists explain:

“‘The King is Dead: Long Live the King’ (featuring Donald Trump, enthroned on a catwalk) explores how colonial attitudes and labour exploitation associated with the historical trade in cotton, lives on in today’s fashion industry. Politics has always played a part in trade and that’s where it comes into this exhibition”. 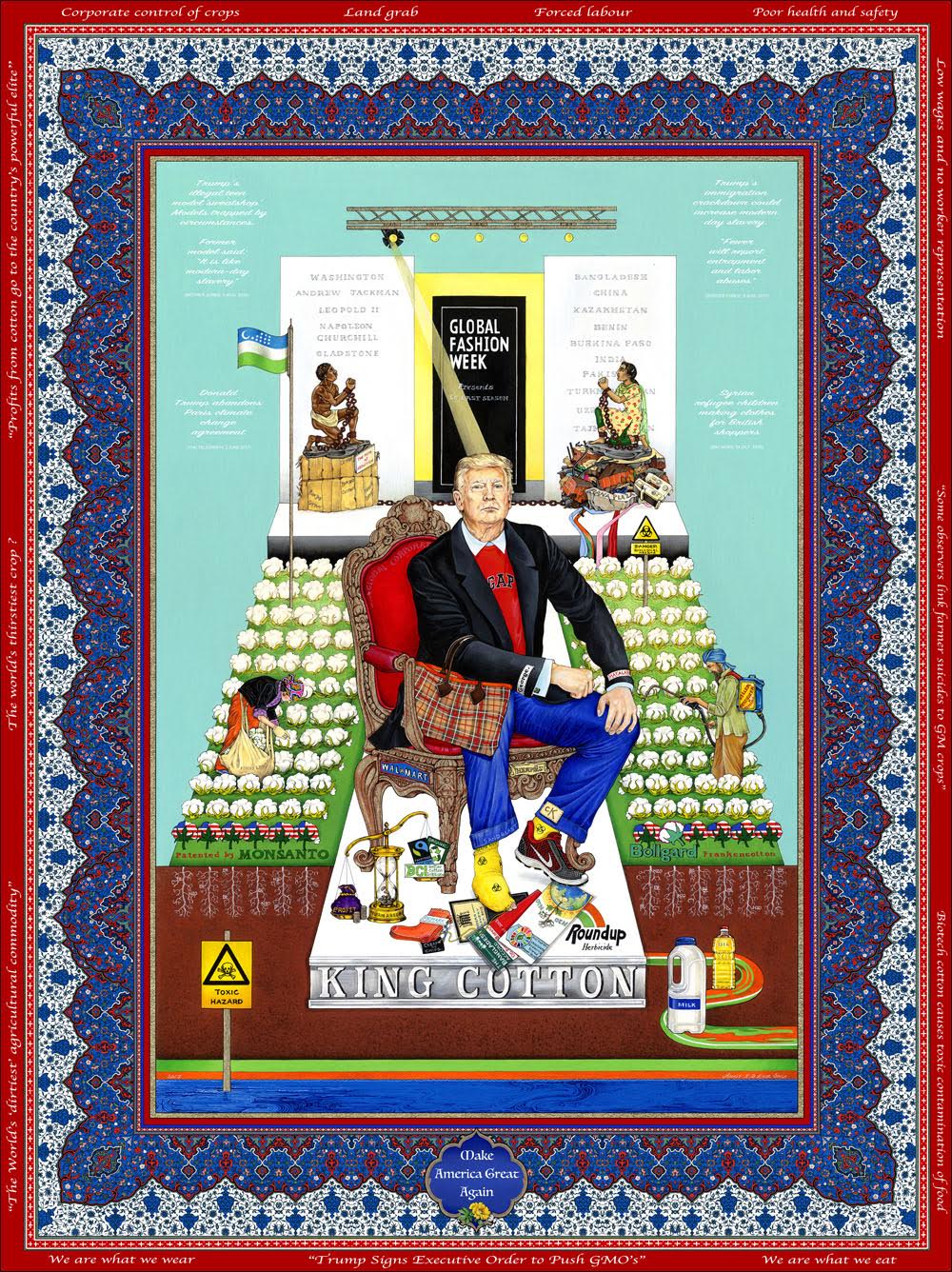 “You have this image of Trump sitting on a catwalk and either side of him you have the cotton fields. On the left we have a cotton field in Uzbekistan where workers are being forced to pick cotton and on the right side you have a farmer from India who is forced to grow a genetically modified strain of cotton. The Trump painting is also about how individual politicians have gained from what we would call ‘unethical practices’ within trade” – The Singh Twins.

Fri Jul 13 , 2018
With the heatwave hitting Britain, I have been spending a lot of time in the garden with books, some of them good. One of these […] 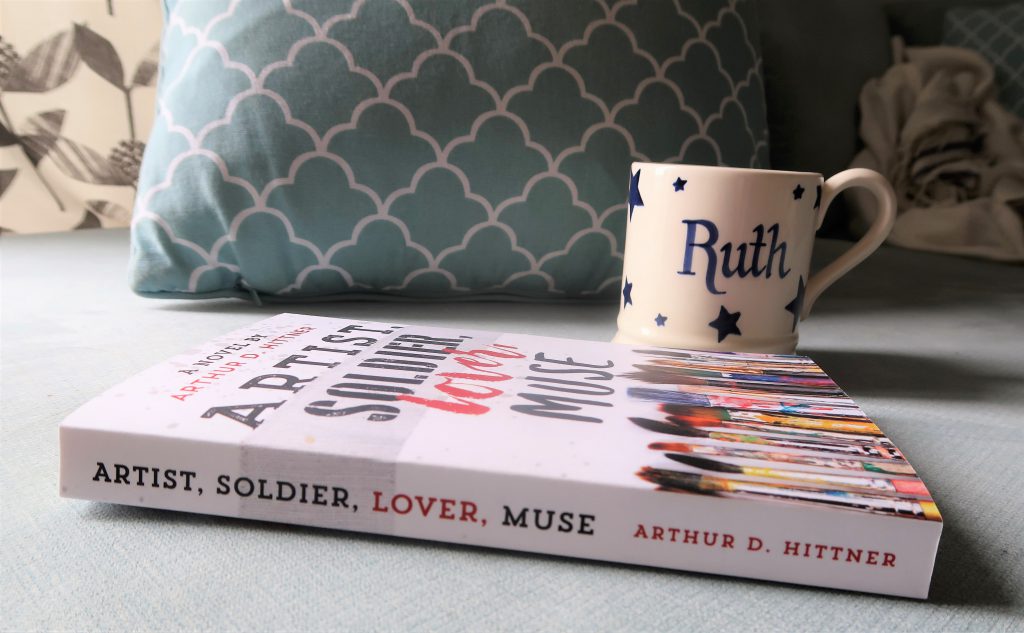