It’s 100 years since the birth of Surrealism. The weirdest art movement of the 20th century, it’s most commonly associated with Paris. Salvador Dali, Joan Miro and May Ray are the artists it immediately brings to mind. They focused their art on picturing the strange, subconscious and surreal. But the world is also waking up to dreamy British Surrealism. Earlier this year, a show at Dulwich Picture Gallery, ‘British Surrealism: 1783 – 1952’ celebrated the artists that contributed to this iconic movement in the UK.

Due to Covid, Dulwich Picture Gallery teamed up with The Net Gallery to bring us a virtual experience of their brilliant British Surrealism exhibition. You can access it here.

And it was in Birmingham that the most bohemian and scandalous Surrealists artists were based.

Surrealism in Birmingham began in 1935 with Conroy Maddox and John Melville. The two artists believed that the city’s art scene was too conventional and conservative. At the same time, Maddox had been inspired by books and leaflets on Surrealism, which he found in the city’s library. It wasn’t long before he travelled to Paris to meet the movement’s founder, André Breton, with whom he developed lifelong friendship.

André Breton organised a Surrealist exhibition in London in 1936. Surrealists from Paris exhibited alongside new, English Surrealists, such as Roland Penrose, Edward Burra and Henry Moore. But rumour has it that the Birmingham Surrealists refused to take part. Perhaps they refused; maybe they weren’t invited to take part. Either way, they didn’t think that the London-based Surrealists were true to the movement, and were only taking part for exposure.

“No doubt it was possible to perceive Surrealist imagery in a lot of paintings, but that hardly made them Surrealist” – Conroy Maddox.

Back in Birmingham, they developed Surrealist art that was far more subversive and scandalous than that of their London counterparts.

Led by Maddox, the Birmingham Surrealists met in the Kardomah Café in New Street (today a men’s clothes shop) and the Trocadero pub in Temple Street. Maddox’s house in Balsall Heath became a centre for eclectic gatherings attended by Birmingham’s bohemian circle of artists, musicians, writers and academics.

Conroy Maddox staged a series of photos in which he was naked and attacked a drunk nun. He wanted to enact these scenarios with nuns in Birmingham shop windows, but was banned by the city council. He also made over 2,000 paintings and Surrealist sculptures, including an upturned typewriter with pins instead of keys.

Emmy Bridgwater subverted domestic spaces, re-imagining them in uncanny and claustrophobic terms. In ‘Night Work’, a fairytale raven perches on a bathtub, which doubles as a boat. A clothes horse holds up apparent sails for the journey into the subconscious.

John Melville painted figures in dream-like spaces. He showed subconscious thoughts and feelings and memories spiralling around his subjects, such as this boy here.

Desmond Morris, one of the last surviving Surrealists, has had an unusual double career as an artist and a zoologist. While studying zoology at the University of Birmingham he met Conroy Maddox, who introduced him to the other Birmingham Surrealists. He is the author of ‘The Naked Ape’ in which he compared human and animal behaviour. His playful paintings, filled with strange biological shapes, bring together art and science.

The Birmingham Surrealists also had a close relationship with Breton and the Paris-based artists. Maddox made numerous trips to Paris to meet Breton, Dali, Man Ray, Duchamp and others. Breton elected Emmy Bridgwater to travel to Paris to sign the declaration of the Surrealist Group in England in 1947. Breton selected Bridgwater and Maddox as 2 of just four British Surrealists, to be exhibited at the International Surrealist show at Galerie Maeght in Paris in 1947.

While London Surrealism only lasted a short while (Surrealist activity in London virtually ceased in 1939), the Birmingham Surrealists remained committed throughout their careers. They saw themselves as truer to the ideals of the movement than their London counterparts, heaping criticism on them. Instead, they forged direct links with Breton and Surrealism’s founding artists. Their efforts were rewarded; they carved a unique and integral space for themselves within the movement. And though they were missing from the original 1936 exhibition, they are crucially included in Dulwich Picture Gallery’s current exhibition, which shines a light on this fascinating if fractured movement in modern British art.

Due to Covid, Dulwich Picture Gallery have teamed up with The Net Gallery to bring audiences a virtual experience of their brilliant British Surrealism exhibition. You can see the show online here. 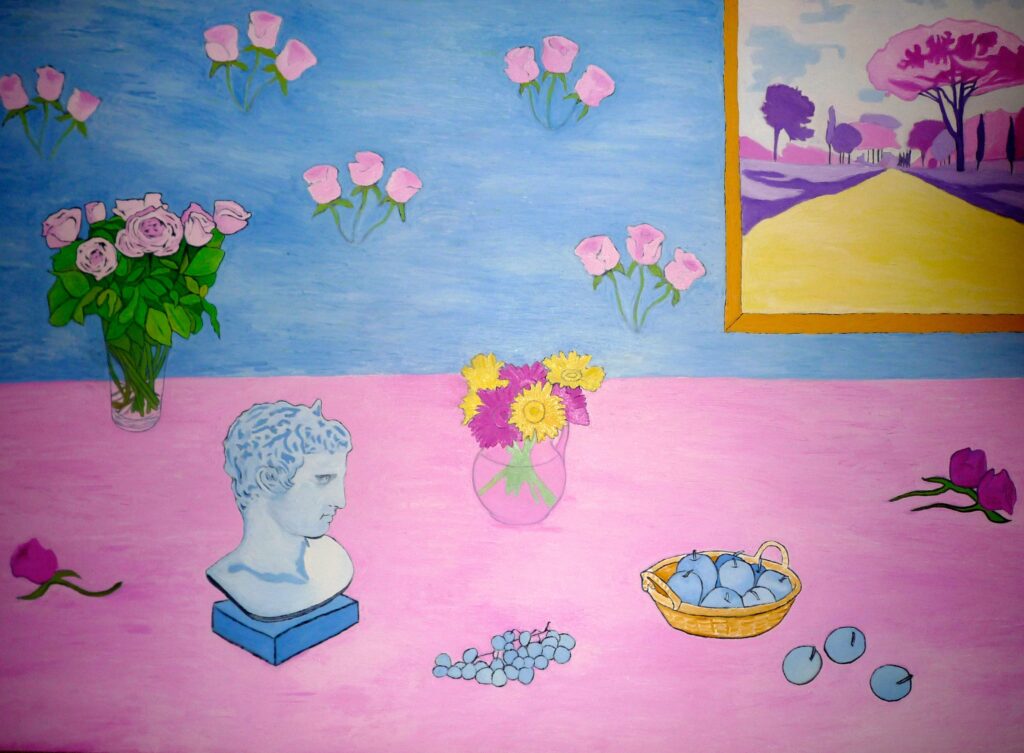