As an art historian, I gravitate towards books, and especially novels, about art and artists. From romantic, comedic tales and historical fiction to psychological thrillers and classics, here is my list of the best novels about art and artists. Perfect as gifts for the art lovers in your life, or your own bookcase!

This is a richly told coming-of-age tale set in present day America. Left parentless, after a terrorist bombing at an art museum, thirteen-year-old Theo Decker is taken in by the family of a wealthy friend. Bewildered by his strange new home on Park Avenue, and isolated amongst wealthy schoolmates, he clings to the one thing that reminds him of his mother: a captivating Dutch Golden Age painting, ‘The Goldfinch’. Serving as a singular source of hope, this small masterpiece also draws him into the underworld of art. As he grows up, Theo learns to glide between the drawing rooms of the rich and the dusty antiques store where he works. This is not a fast-paced thriller but rather an old-fashioned story of loss and obsession.

John Fowles’ debut novel is a classic psychological thriller. Frederick Clegg is a lonely young man who collects butterflies and who becomes obsessed with Miranda Grey, an art student at the Slade School of Fine Art. After admiring her from a distance for some time, he decides to add her to his ‘collection’ of pretty, petrified objects, in the hope that if he keeps her captive long enough, she will grow to love him. In contrast to Clegg’s opening narration, Part 2 is told through Miranda’s journal, interweaving memories of her past live with reflections on her captivity. Themes of art, photography, collecting and power run through this tale, which frequently alludes to Shakespeare’s late play, ‘The Tempest’.

Set in 17th century Holland, this novel was inspired by Dutch painter Johannes Vermeer and his famous painting ‘Girl with a Pearl Earring’. The story follows a 16-year-old Dutch girl called Griet who becomes a maid in the house of Johannes Vermeer. Her perceptive manner attracts the painter’s attention, and Griet becomes a muse for her master. However, their growing intimacy spreads disruption and jealousy within the ordered household, as well as the world beyond. Themes of vision and blindness, alongside the notion of ‘artistic genius’ and the sacrifices made for it, are central to this beautifully written book.

This novel begins in New York in 1975, when the art historian Leo Hertzberg discovers an extraordinary painting by an unknown artist in a SoHo gallery. After buying the work, he tracks down the artist, Bill Wechsler with whom he begins a life-long friendship. Leo’s story spans twenty-five years, and follows the intricate relationships between his family and Bill’s, including the two men, their wives, Erica and Violet, and their sons, Matthew and Mark. Set against the backdrop of the artistic community of Manhattan, this is a deeply moving story which teems with ideas about contemporary art, aesthetic meaning, emotions, love, loss, and betrayal.

5. Anthony Capella, ‘The Food of Love’

Laura Patterson is an American exchange student, studying art history in Rome. Given that she is now living in Italy, she’s decided that she wants to find a boyfriend who can cook. Enter Tommaso Massi, a handsome and charming type who tells Laura that he’s a chef at one of the country’s top restaurants. In fact, he’s just a humble waiter. He enlists the help of his best friend Bruno, who really is a chef, and a brilliant one. But when he also falls for Laura, Italian sparks begin to fly. This rom-com novel was written for people to enjoy and is filled with delicious descriptions of Italy’s cuisine and culture. It makes for the perfect summer read.

Set in Victorian London, this story starts with innocent, young and beautiful Dorian Gray posing for his portrait, which is painted by the talented artist Basil Hallward. Through Basil, Dorian meets Lord Henry Wotton, and becomes enthralled by the aristocrat’s hedonistic view of life. Adopting the philosophy that beauty and sensual fulfilment are the only things worth pursuing, Dorian expresses the desire to sell his soul, to ensure that the picture, rather than he, will age and fade. The wish is granted, and Dorian pursues a libertine life, while staying young and beautiful; meanwhile his portrait ages and records every sin. Still so relevant today – in a society of selfies and aestheticisation, this book will unearth some eerie parallels of your own.

7. Tracy Chevalier, ‘The Lady and the Unicorn’

For me, this novel eclipses Chevalier’s earlier ‘Girl With a Pearl Earring’. The writer cleverly combines art historical research – into six medieval tapestries, often referred to as ‘the Mona Lisa of woven artworks’ – with a deeply erotic story of sensuality. In late-15th century Paris, rising nobleman Jean Le Viste is keen to demonstrate his new-found favour with the King, and commissions six tapestries to adorn the walls of his chateau. He expects soldiers and bloody battlefields. However, artist Nicolas des Innocents instead designs a seductive world of women, unicorns and flowers, using as his muses Le Viste’s wife Genevieve and young, beautiful daughter Claude. This is a vivid and evocative tale of love, sex and revenge.

Set in in 17th century Amsterdam, 18-year-old country girl Nella Oortman arrives at the grand house of her new husband, the wealthy merchant Johannes Brandt. She steps into a house of secrets held by Brandt’s stern sister Marin, the servants Cornelia and Otto, and Brandt himself. Brandt gives her a wedding present of a miniature dolls’ house which replicates their home.  Engaging the services of a miniaturist to add realistic furnishings to it, parcels soon start arriving, including those that are unasked for.  The life-like dolls and furnishings are eerily accurate, mimicking events, spilling secrets and predicting the future, as the atmosphere and story become increasingly creepy.

9. Sarah Dunant, ‘The Birth of Venus’

This seductive story is set in late 15th century Florence and is told as a memoir by Alessandra Cecchi, who remembers how, as a fifteen-year-old girl, she was drawn to a young, handsome painter commissioned to paint her family’s chapel walls. While it is against the law for unmarried unchaperoned women even to speak to an artist, she risks everything to try to get the painter to teach her but he refuses. An alternative solution is offered when an older man asks for her hand in marriage. He understands about her love of knowledge and art and tells her he will allow her to paint as his wife. She agrees to take his hand in marriage. However, Alessandra quickly realises her husband is not what he appears to be, and, with the help of her maid, Erila, she sets out to turn the tables on him. Against the visually rich setting of Medici Florence, Dunant explores issues of work, freedom and gender, creating a captivating read.

I am a big fan of Young Adult fiction, and this award-winning novel is one of my favourites. Through vivid imagery, Anderson draws readers into the head of isolated teenager, Melinda Sordino, from whose perspective the tale is told. It begins on her first day as a high school freshman when she finds herself friendless. We discover that she called the police to a summer party, resulting in several arrests, and her pariah status. But readers do not learn why Melinda made the call until much later: a popular senior raped her that night and, now traumatised, she barely speaks at all. Only through her work in art class, and with the support of a compassionate teacher, does she begin to reach out to others and eventually find her voice. This is a touching tale, which shows the importance of keeping creativity in schools (and beyond) as a means of expression. 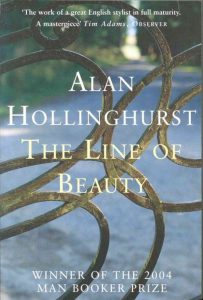 11. Alan Hollinghurst, ‘The Line of Beauty’

Alan Hollinghurst is one of my favourite writers (for his stylish sentences, satire and wit) and this is in my top 5 books of all time. Winner of the Man Booker Prize, ‘The Line of Beauty’ is a brilliant novel about class, politics and sexuality in Margaret Thatcher’s 1980s Britain. The plot follows recent graduate Nick Guest, who moves into an attic room in the Notting Hill home of a Tory MP, his wife and their children Toby and Catherine. Nick is soon swept up into their world, while pursuing his own private obsessions with art and beauty. 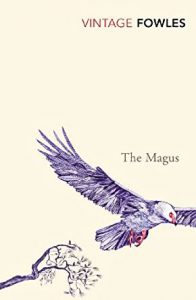 The Magus is set on a mysterious Greek island, where Nicholas Urfe, a young British graduate, is teaching English. Nicholas becomes embroiled in the psychological illusions of a millionaire trickster, which become increasingly dark and serious. Greek myths and art are interwoven into the plot, which takes you on many twists and turns. A postmodern masterpiece. 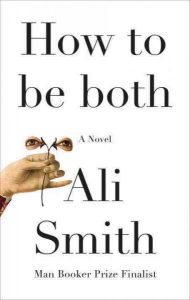 This novel has won many awards! It tells two stories: that of a teenage girl, George, whose mother has recently died and a 15th-century Renaissance artist, Franceso del Cossa (a real figure). How the reader experiences the novel depends on chance: half of the copies are printed so that George’s story comes first, and the other batch starts with Francesco’s journey. Needless to say, both tales interweave, with themes of gender, sexuality and identity so relevant today. Excellent for a book club choice. 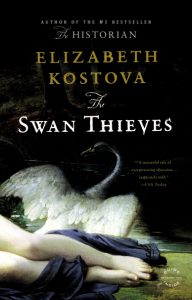 Andrew Marlowe has a perfectly ordered life: he is devoted to his job as a psychiatrist and his painting hobby. However, this order is destroyed when renowned artist Robert Oliver attacks a canvas in the National Gallery of Art and becomes his patient. The book gradually draws the reader inside the world of Robert Oliver, French Impressionism and three women in his life, including a character based on the artist Berthe Morisot. An atmospheric, psychological mystery. 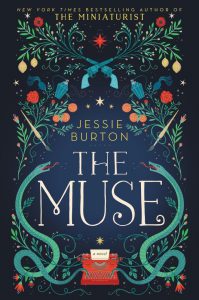 This novel tells the story of two young women. In 1936 Olive, who has recently turned down a place at the Slade School of Fine Art, relocates to Spain. Here she meets a Spanish Republican, who is a painter. Thirty years later, Odelle, an aspiring writer from Trinidad, is employed as a typist at a fashionable gallery in 1960s London. When a lost masterpiece with a secret history is delivered to the gallery, Odelle is taken back to Olive’s story. Themes of aspiration and identity, love and obsession, authenticity and deception run throughout this feminist bestseller.

Fancy a film instead? Head over to my blog post on the ‘Top 10 films for art lovers’… 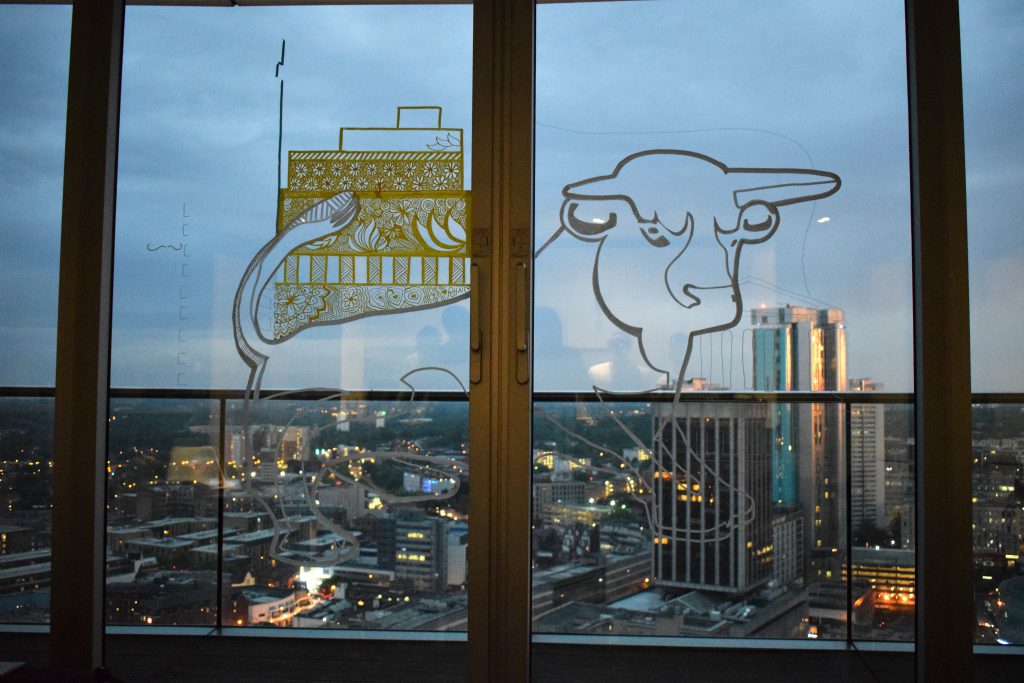