I’m often asked by friends to recommend a film. Unsurprisingly, many of my favourites include stories about artwork and artists, some based on real life stories, and others most definitely not!. So, I decided to put together this list of the top 10 films for art lovers which spans genres, from romantic comedies to uplifting dramas and thrillers themed around the intrigue of the art world. Here are my picks!

Based on Jo Nesbø’s best-selling novel from 2008, this is an action-packed Scandinavian thriller. Roger Brown (Aksel Hennie) is Norway’s most accomplished headhunter and is married to trophy wife, Diana (Synnøve Macody Lund), who has a degree in art history and manages a fashionable art gallery in Oslo. To subsidise their lifestyles, Roger steals works of art from the homes of his rich clients. When Diana introduces him to Clas Greve (Nikolaj Coster-Waldau), who has asked her to authenticate a lost Rubens painting he has inherited, Roger becomes intent on getting his hands on it, no matter what the consequences.

This touching French comedy-drama follows the story of an aristocrat art lover Philippe (Francois Cluzet), who is disabled after a paragliding accident. He takes on, in the position of his carer, a young man from the projects called Driss (Omar Sy), who he introduces to contemporary art and classical music, amongst many things. Based on a true story, this uplifting film depicts an unlikely camaraderie between two individuals who, on the surface, seem to have nothing in common.

This romantic comedy follows a pair of married couples: Alfie (Anthony Hopkins) and Helena (Gemma Jones) who have been married for years, and their daughter named Sally (Naomi Watts), who is married to a novelist named Roy (Josh Brolin). Unhappy in her marriage, Sally develops a crush on her handsome and charismatic boss, Greg (Antonio Banderas), who owns a prominent contemporary art gallery. As his assistant, she spends enough time with Greg to discover that his marriage is about to collapse too… could this tall, dark stranger offer her a fairy tale ending?

Banksy – a graffiti artist with a global reputation – fiercely guards his anonymity to avoid prosecution. This documentary tells the incredible true story of how an eccentric French shop keeper turned documentary maker attempted to locate and befriend Banksy, only to have the artist turn the camera back on its owner. The film contains exclusive footage of Banksy and many of the world’s most infamous graffiti artists at work.

In this macabre thriller, Ledgard (Antonio Banderas) is a highly successful plastic surgeon who is secretly experimenting on the beautiful Vera (Elena Anaya) in a secret operating theatre in his palatial home. Is the prisoner his long-lost beloved wife, thought to have died in a car crash? Or someone else, who he is refashioning – through his exceptional artistry – in her image? Throughout her 6 year confinement, Vera uses her own creativity to create a large wall drawing that acts as a diary, reflecting her transformation.  Not for the faint-hearted!

Based on Tracy Chevalier’s beautiful novel, this film follows a 16-year-old Dutch girl called Griet (Scarlett Johansson) who becomes a maid in the house of the 17th-century painter Johannes Vermeer (Colin Firth). Her perceptive manner attracts the painter’s attention, and Griet becomes a muse for her master. However, their growing intimacy spreads disruption and jealousy within the ordered household, as well as the world beyond.

Simon (James McAvoy), is a fine-art auctioneer, who collaborates with a gang led by Franck (Vincent Cassel) to steal a Goya painting during a sale at his own auction house. During the heist, Simon suffers a head injury and the resulting memory loss means that he can no longer remember where he hid the art work.  Franck hires a hypnotherapist called Elizabeth (Rosario Dawson) to help Simon uncover the location from the recesses of his mind. But, as Elizabeth probes deeper, the lines between truth and deceit begin to blur.

Vicky (Rebecca Hall) and Cristina (Scarlett Johansson), are two young Americans who spend a summer in Catalonia. They meet a dashing artist called José Antonio (Javier Bardem), who has a beautiful but tempestuous ex-wife, Maria Elena (Penelope Cruz), who is also a painter. Vicky is straight-laced and due to be married by the end of the summer; Cristina is a free spirit, looking for new adventures in love and creativity. When they all become amorously entangled, sparks (and paint) begin to fly.

This French film is a black comedy, told from two sides of a twisted love story. The tale is initially told from the perspective of talented art student Angélique (Audrey Tautou), who is madly in love with Loïc (Samuel Le Bihan), a married cardiologist. She sends him gifts, and tells her friend, Héloïse (Sophie Guillemin) that  Loïc plans to leave his wife. As Angélique grows more direct in her affections, Loïc’s home life begins to fall apart. About 40 minutes in, the film reverses perspective, showing the story from Loïc’s point-of-view.

This romantic drama follows the story of real-life Danish painter Einar Wegener (Eddie Redmayne) who, in 1931, became the first man to undergo a sex-change operation. His wife Greta (Alicia Vikander), also a painter, discovers her husband’s affinity for feminine attire when he sits in for one of her life models. Ultimately, she encourages him on his ground-breaking journey as a transgender pioneer.

Get your popcorn at the ready and have a happy movie night in!

Sun Aug 26 , 2018
When I first saw ‘Wild Dining’ advertised I knew I had to book a place for this unique event presented by Ikon Gallery’s Slow Boat. […] 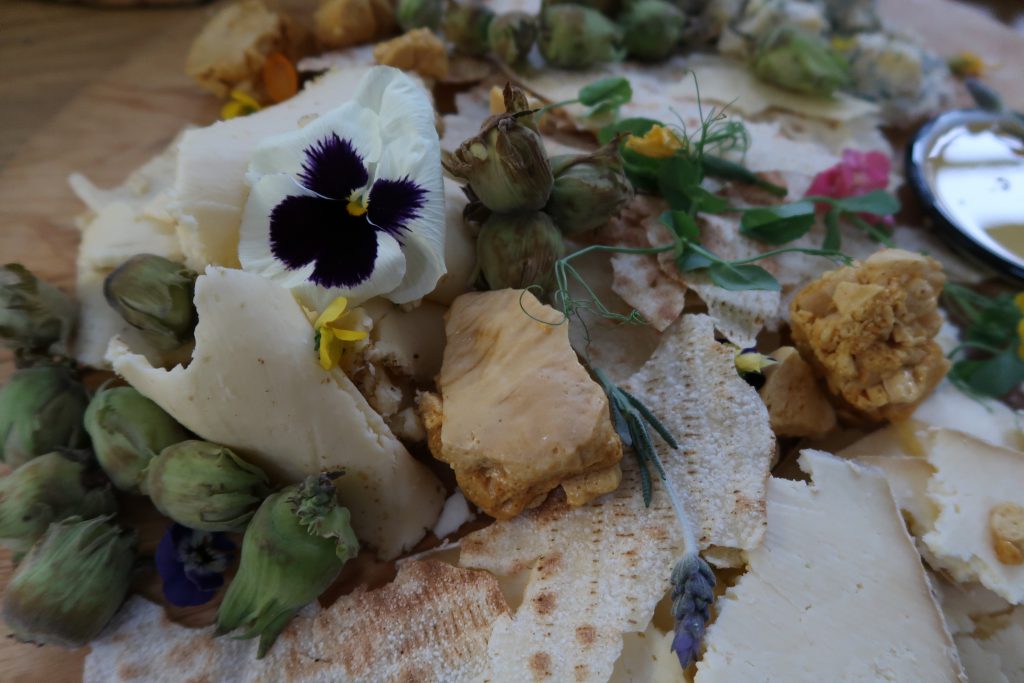