In my second year at university I took a course called ‘Introduction to Modern Art’. Naively expecting to see some Jackson Pollock, Pablo Picasso or Georgia O’Keeffe, I was surprised when the first lecture started in the Victorian era with a series of paintings by the Pre-Raphaelites. In fact, I found out that the Pre-Raphaelites were some of the first artists to establish modern art. And there is a large collection of Pre-Raphaelite art in Birmingham Museum & Art Gallery which proves it. Here’s an introduction to this enchanting, modern art movement, where I’ll answer the most commonly asked question: why are they called the Pre-Raphaelites? It seems such a strange name, until you find out why they chose it.

Who were the Pre-Raphaelites?

They were a society of young artists (and one writer), disenchanted with the academic approach to painting which was being taught at that time by the Royal Academy of Arts in London. Instead, they wanted to modernise art and, founding the Pre-Raphaelite Brotherhood in 1848, advocated a return to the simplicity and sincerity of subject and style found in an earlier age.

Its principal members were the painters Dante Gabriel Rossetti, William Holman Hunt and John Everett Millais. Hunt and Millais were students at the Royal Academy of Arts. The three founders were joined by painters James Collinson and Frederic George Stephens, as well as the sculptor Thomas Woolner and the writer and art critic William Michael Rossetti (Dante Gabriel Rossetti’s brother).

Why are they called the Pre-Raphaelites?

They called themselves the ‘Pre-Raphaelite Brotherhood’ (PRB), a name that reflected their preference for late medieval and early Renaissance art that came ‘before Raphael’. They were opposed to the Royal Academy’s promotion of Raphael, rejecting the Renaissance master’s emphasis on classical poses, elegant compositions and his mannered approach.

Instead of idealising figures, they painted them with unprecedented realism, using bright colours and taking inspiration from literary stories, myth and portraying pressing social issues of the day. Influenced by the art critic John Ruskin, who advocated a return to depicting nature, they revolutionised landscape painting. You can see a real concern for botanical accuracy and intricate realism, detailing every texture, throughout their work.

These young artists enjoyed attention and sought controversy with their creations. Moreover, members of the group believed that Britain’s Industrial Revolution had led to many social and political ills, and were determined to depict these modern realities, from poverty and emigration to prostitution, and challenge Victorian moralism.

John Everett Millais’ ‘The Blind Girl’ (1856) depicts two beggar girls, resting on the roadside after a rainstorm, one of whom is clearly blind. The painting addresses the pressing social issue of vagrancy, focusing on the predicament of children and the disabled. Millais meant his viewers to recognise both the intense beauty of the idyllic rural landscape and rainbow, which intensifies the unfairness of the melancholy situation painted in painstaking detail.

And avant-garde readers, too

They were also strongly influenced by literature, responding to the avant-garde, Romantic poetry by contemporaries including Byron, Keats, Shelley and Tennyson. The Romantic poets were fascinated by Greek myth, both in itself and as a subject for poetry. Keats would include mythic characters, such as Medea, signifying the erotic, powerful femme fatale, often associated with death and violence. In Frederick Sandys’ symbolic masterpiece, ‘Medea’ (1868), the protagonist of the Greek myth appears as an enchantress. It shows the moment in which she, surrounded by the ingredients and tools of sorcery, creates a poison to kill her love rival, Glauce, for whom her husband Jason has deserted her. Jason’s ship, the Argo, is painted sailing away into the distance. She also famously killed two of her and Jason’s own children in revenge for his betrayal of her.

There are 8 versions of ‘Proserpine’ by Dante Gabriel Rossetti, including one painted in 1882 which can be found at Birmingham Museum & Art Gallery. This painting is characteristic of the symbolism which permeated the Pre-Raphaelites’ work. The image alludes to the Roman myth of Prosperine, who was abducted whilst picking flowers, and dragged down into the underworld by Pluto.

This is a painting of almost tortured stillness: Prosperine’s dress is defined by clinging, creeping ridges that seem to slowly wind their way around the goddess, ensnaring and rooting her to the spot. These ridges are echoed by the tendril of ivy in the background. Ivy is a plant with connotations of death: it is a common feature in graveyards and known for its tendency to invade, choke and cover other plants. Rossetti wrote that the ivy in this painting symbolises ‘clinging memory.’

You see, Rossetti had recently suffered a nervous breakdown and suffered from acute paranoia, following the recent death of his wife. When he painted ‘Proserpine’, Rossetti was also entangled in a complicated love triangle. He was completely infatuated with the model for this painting, Jane Morris, who was the wife of his good friend William Morris. This version was finished at Birchington, just a few days before Rossetti’s death.

Where can I see work by the Pre-Raphaelites?

Birmingham Museums Trust holds one of the most important collection of Pre-Raphaelite art, with over 3000 paintings, drawings, prints and examples of decorative art and design by these artists and their associates. As well as the works discussed above, other highlights include William Holman Hunt’s painting ‘The Finding of the Saviour in the Temple’ (1854–60), Edward Burne-Jones’ huge watercolour, ‘Star of Bethlehem’ (1890) and Arthur Hughes’ ‘The Long Engagement’ (1854 – 1859).

There are also excellent examples of Burne-Jones’ stained glass in churches in the city including St Philip’s Cathedral, St Martin in the Bull Ring and St Mary the Virgin in Acock’s Green.

Interested in finding out more about the Pre-Raphaelites art movement?

Beyond Birmingham, I recommend visiting the Walker Art Gallery in Liverpool, the Ashmolean Museum in Oxford, Manchester Art Gallery, Tate Britain in London and Wightwick Manor – near Wolverhampton -has an excellent collection of Pre-Raphaelite prints and drawings.

Thu May 2 , 2019
Surrealism is synonymous with Paris. The term conjures up the dream-like paintings of Magritte, Miró and Dali, created in the French capital during the 1920s. […] 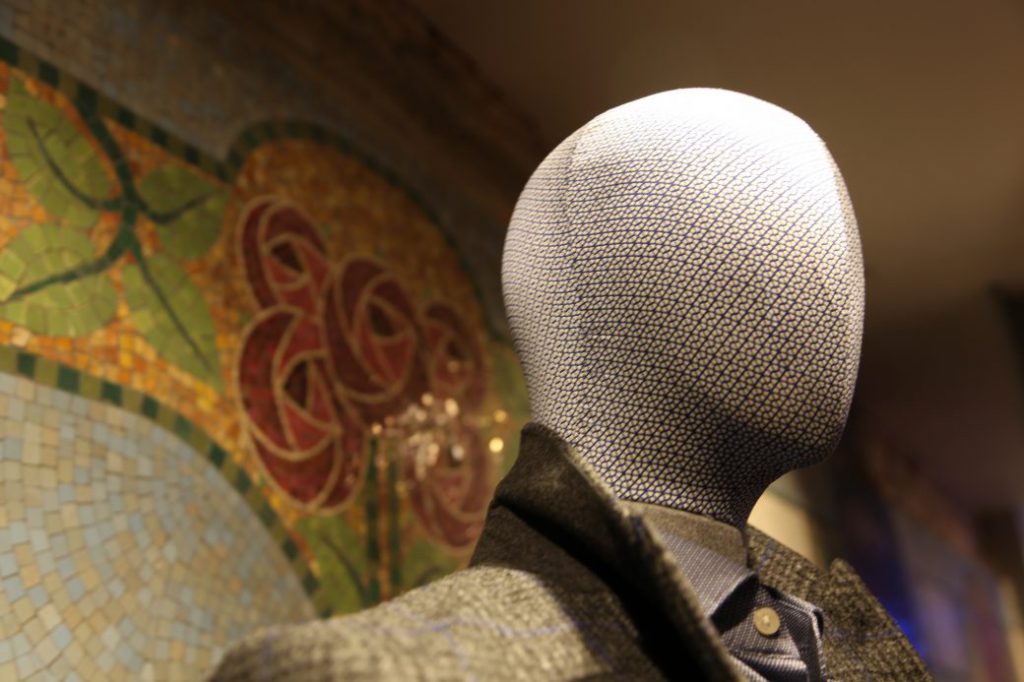