A new gallery has arrived in Birmingham. And it’s going to be brilliant for our city’s art scene. Called Iron House, the gallery is located in the rapidly transforming and creative Jewellery Quarter. This week Iron House open their doors with an exhibition – ‘25 Years of Now’ – celebrating modern and contemporary British art.

The launch party is on Friday 9th August from 5pm until late. Entrance is free and everyone is welcome.

Ahead of the launch, I snuck into the gallery to find out a bit more about this exciting new addition to Birmingham…

I found Iron House located in the Jewellery Quarter. The gallery is right next door to the studios and art space of Odox on Great Hampton Row.

The space is spectacular. Steel girders, exposed brick and natural light fill the gallery. It also comes with a bar and cafe area.

I was welcomed by Gallery Manager, Jack Alderson, who comes to Birmingham from London where he worked as an art dealer at Marlborough Fine Art. He also serves a very good cappuccino.

Jack told me that they intend to showcase the best of British modern and contemporary art, including Birmingham talent, at Iron House.

The space can also be hired for events.

Their first major exhibition, ’25 Years of Now’ will showcase modern and contemporary British art from the last 25 years. It will run from Friday the 9th of August to Saturday 7th September.

From the 1990s to the 2010s British artists created some of the most original and – at times- shocking – art in the world. Most of the artists in this exhibition were at art college in the UK through the turbulent years of the Thatcher era.

In the late 70s and 80s the UK moved in spirit from the social master plan thinking that brought about the NHS, collective bargaining and the great social housing programs to that of the free market, de-regulation and the valorisation of greed.

The contrast this thinking created across society is played out in the art that followed. For the artists that grew up in this time the historical tenets of modernism just didn’t cut it anymore. Modernism was steeped in a language of utopia, hope and the noble idea that art and architecture could morally improve you and in so doing create a better society for all.

Artists couldn’t look to the language of modernism any longer. Gone was the idea of minimal art. Gone was historical, academic figurative painting. Gone was pop. Gone was the idea of traditional artistic ‘meaning’. Artists needed something new and relevant. They had to create a different kind of art – and in so doing a new contemporary visual language.

Highlights of the show

Highlights of the show include Kerry Stewart’s life-size ‘Pregnant Schoolgirl’. It was an icon of the time. Stewart became noticeable in the mid-1990s when she was included in the touring British Art Show and Young British Artists exhibition at London’s Saatchi Gallery. Subverting figurative sculpture, her sculpture made a powerful social punch then. Today, it’s still disconcerting.

The monumental ‘Zoe’ by Jason Brooks is a tour-de-force of painting and airbrush skill that presents a deadpan tattoo artist staring out at us offering nothing but her story in her ink. Jason’s rendering of her tattoos is the perfect story of identity in our time and how art in all its forms plays its role in the stories we tell each other.

The strangeness of reality is further reflected in the surreal paintings of John Greenwood. His ‘Feast’, ‘Podding’ and ‘Helios’ are plays on 17th Century Dutch vanitas paintings. However, in place of flowers, dead rabbits or the fruits of the harvest, we get an alternative, hybrid world of objects that science and technology present us with.

The show also includes the perfect opportunity to create your own art-inspired selfie. Gavin Turk’s ‘Authorised Reflection’ is a portrait-sized mirror, which the artist signed back to front on the inside of the glass. “The idea is that people look in it and their reflection is authorised or signed by me”, explains Turk.

“This art represents a generation of change – new thinking, new materials and new ideas for the world that has emerged over the last 25 years. This exhibition has additional sentimental value to us as well, as a selection of the works were first exhibited in the show ‘Blow Up’ held at St Paul’s Gallery in 2004, almost 15 years ago to the month” – Jack Alderson, Gallery Manager.

I’m very excited for the launch of this exhibition at Birmingham’s newest gallery, Iron House.

It’s EXACTLY what the city needs.

See you at the gallery’s launch, after work, on Friday? 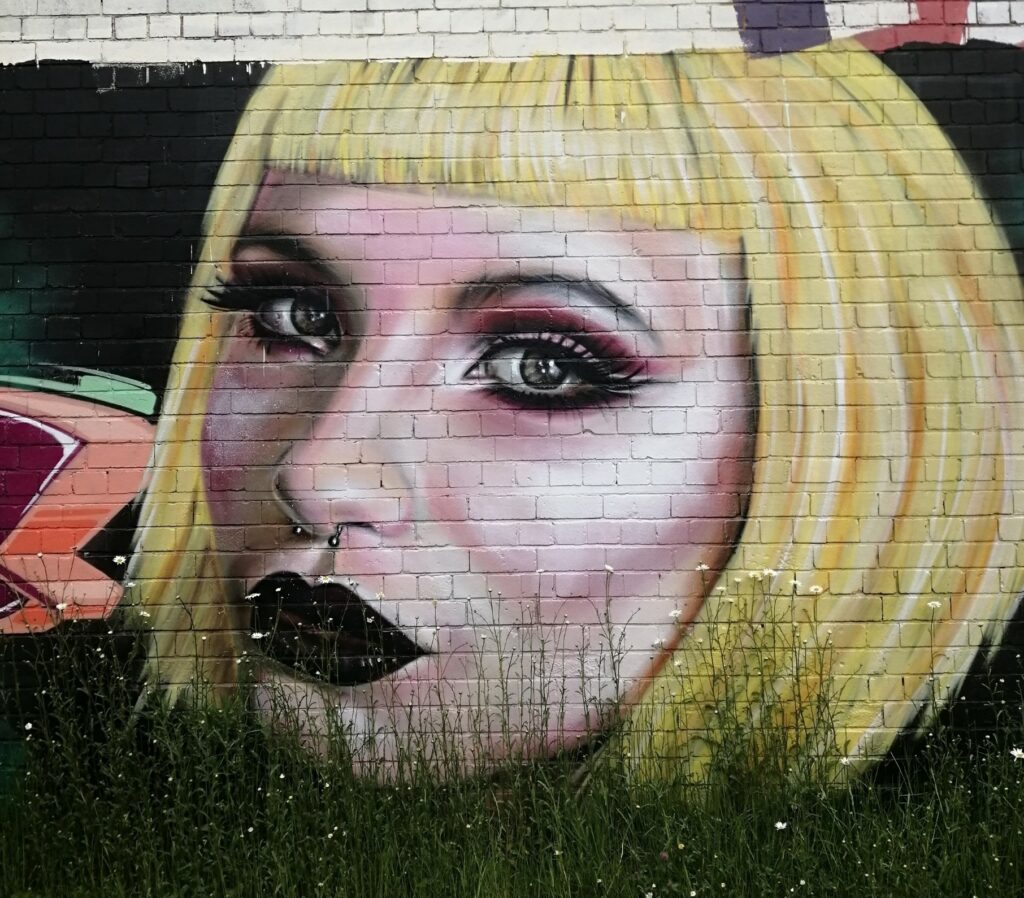