Is social media ruining art? It’s definitely taking over the art world, and especially Instagram. I have a love-hate relationship with Instagram. I love the fact that it acts as an online gallery, encouraging people to engage with art. I also like its democratic function: it allows artists to share their work with the world – for free. It’s the ultimate platform for ‘outsider art’. In return, new collectors can find art on Instagram, cutting out dealers and galleries. But with so many self-proclaimed #artistsoninstagram, it begs the question: are they any good? Or does the platform benefit those artists who have a talent for self-promotion over artistic talent?

There are tens of thousands of artists on Instagram, from hyper realist portraitists to abstract art painters. Many of them are, honestly, just MEDIOCRE. They would never get gallery representation.

But, from the comments and likes and followers, you wouldn’t think so. I have seen some average artists with 100k followings. Yes, some of these accounts have clearly bought followers, but others have not. Instead, these artists have developed a knack for marketing.

In one sense, kudos to them. Who needs a gallery if you can go it alone on social media?

But, it does produce one major problem.

What this creates is the perception that an artist’s value is equivalent to their social media following. And this is absolutely not the case.

In fact, quite the opposite. Instagram audiences love niche artists: people who have a specific style or subject and stick with it. For example, the colourful cat painter who only shares crazily coloured cats. It doesn’t make the cat pictures any good!

In contrast, some of the very best artists – who vary in subject and style – have fewer followers.

Many great artists I know just don’t want to spend time cultivating the artist-self on social media when they could be focused on creating new work in the studio.

But when potential collectors click through to Instagram, they can’t help but be influenced by follower numbers validating their interest in an artist. This doesn’t always benefit the better artists, but those who are better at playing the Insta game.

My second issue is the celebrity culture which Instagram supports, fuels and creates.

I’ve met many young artists who talk about amassing a large following on social media as their ‘way into’ the art world. I understand this strategy – it’s worked for others, and continues to do so. This is because ‘influencers’ and celebrities are given opportunities, such as exhibitions in galleries, because of their followings or name.

Let’s take Bob Dylan as an example. There’s no doubt that he is one of the world’s great and most influential singer-songwriters. However, more recently he has been exhibiting his paintings and prints in galleries. They’re OK: colourful, straightforward, expressive scenes of the places he’s visited.

Good for him. But there are better artists out there not given a chance because valuable wall space has been given over to a ‘name’.

You see this celebrity spell being cast across the arts.

Talent is being side-lined for social media influence.

My third issue with Instagram is the one which worries me the most. It’s clear that social media is directly influencing HOW the next generation of artists create their work.

A good friend of mine is a fine art lecturer. Over the last few years he’s seen a real shift in the art being made by university students.

“We have a generation of artists who are experiencing a majority of art through the lens of Instagram, so it is natural that when making their own art, they are contemplating it in fitting into the Instagram mould. On the one hand it’s exciting that this democracy of art is in place but also terrifying if young artists are in the habit of making art with the sole purpose of it being ‘instagrammable’ consumption”– Jay Taylor.

Abstract art sells particularly well on Instagram. Young art students see this and create more of what sells. It’s an excellent retail strategy, whichthe likes of Lord Sugar would be proud of.

But paintings are being made with marketing strategies in mind. It’s like writing a novel with the sole aim of turning it into a bestseller, rather than focusing on writing a great story, true to what you know and need to tell. There’s a lack of integrity to this tactic when artists are focused on the social media sell.

The very best art starts with an idea, often an original concept.

I spoke to an artist-friend, who doesn’t want to be named. She recognised that she has begun making art not for herself, but for the dopamine rush that comes with ‘Instagram’ likes. Social media apps have been created with reward systems that are addictive. In this sense, Instagram is bad for artists.

Instagram also creates echo chambers. As an art critic, I recently got in trouble with an artist’s fanbase for calling out problematic pictures. How will an artist improve if they only receive adulation for their artwork?

I am also aware of artists copying and stealing ideas from other artists. In one case, an excellent artist, with a small following, found that a high-profile influencer-artist had copied a series of their images. But the influencer, given their following, turned the tables and accused the other artist. Their fans immediately leapt to their defence. Instagram bestows power and influence on select artists.

Galleries are aware that art has become a selfie opportunity. Whereas it was once frowned upon to take pictures in a museum, there are now carefully-considered hashtags which encourage image-sharing at, and from, an exhibition.

You can see galleries selecting exhibitions based on share-ability, and Instagram factor. Yayoi Kusama – with her polka dot covered pumpkins – is killing it. In her case, the work is brilliant. It meets at the intersection of excellent art and cool, eye-catching content for social media. The distinction here is that this artist never created her polka-dot style with social media in mind.

Some museums have gone a step further. The Vienna Selfie Museum has been founded with a focus on creating selfie-opportunities, inviting influencers in.

What does this mean for artists? The drive for shareable exhibitions on social media will favour accessible, striking art. In turn, galleries might be less inclined to show the more nuanced narratives and complex compositions of talented artists, whose work can’t be understood in an instant.

Social media is having a defining impact on art – the way it’s made, marketed and viewed. On the one hand, Instagram gives great power to the artist. Well, some artists. Symptomatic of celebrity culture, Instagram can translates into shows and sales for the art world’s influencers. But, for those talented artists whose work doesn’t fit the Instagram mould, social media can make them invisible. 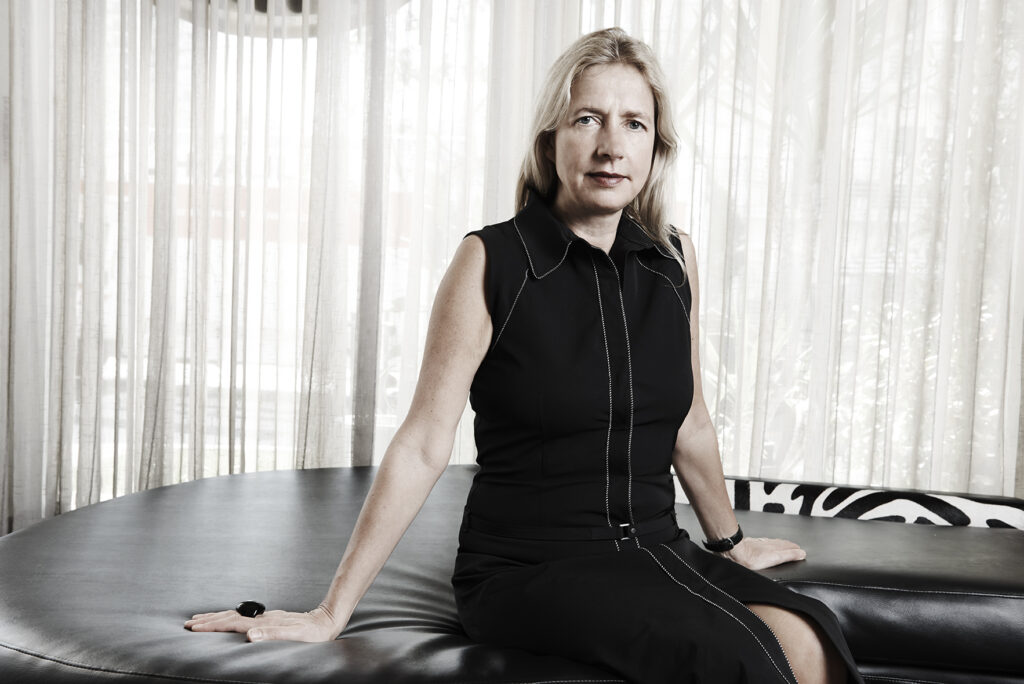