2 of my favourite contemporary painters are having shows this February 2020: Shani Rhys James and Kehinde Wiley. Both artists position women in traditionally decorative domestic interiors, against and intertwined with floral patterned wallpapers. The effect is far from traditional. Instead, it is striking and subversive, as the artists explore femininity, mental health and identity.

Shani Rhys James: Tea on the Sofa, Blood on the Carpet at Charleston

‘Tea on the sofa, blood on the carpet’ is a major exhibition of new work by the celebrated Welsh artist, Shani Rhys James.

Shani Rhys James MBE is one of the UK’s most respected living painters. She has become known for painting portraits, interiors and still lifes in a frank, emotional and exuberant style in which women are forefronted as protagonists. She is one of my favourite feminist artists working in 2020.

In her paintings, Rhys James mixes the strange with the familiar. Her glassy-eyed and haunted subjects are dwarfed by riotous wallpaper, which awakes and envelopes everything, giving a sinister and claustrophobic air to the narrative. Unwieldy floral bouquets and gigantic furnishings accompany seemingly ordinary, everyday objects, to bely a sense of threat.

When I spoke to Shani Rhys James about the work, she explained:

“The large overblown flowers of the wallpaper create a claustrophobic interior. They are patterned, yet the flowers in the vase are wild and anarchic. The female becomes part of the wallpaper, part of the decoration, unable to be on the world stage she turns inward and obsesses about her interior space”.

The artist also often returns to distilled childhood memories and her own mirrored image as the basis for her emotionally-charged subjects.

‘Tea on the sofa, blood on the carpet’ is a curated survey of the artist’s latest body of work in which she explores the transience of being; contrasting her early iconic painting of a child’s cot with startling images of the female figure ravaged by decay.

The exhibition also includes some of Rhys James’s best-known paintings, including ‘Yellow Wallpaper II’ (2012), ‘Black Chandelier’ (2012) and ‘Blue Top’ (2013) in which the artist explores themes of sexuality, domesticity and identity with her strong feminist voice.

While the artist’s earlier paintings stage the drama of the mother/daughter relationship as an often dark family tableaux, her recent work confronts the fragility of domestic life, ageing and the curious infantilisation we face during our first moments of life and again, in old age.

However, for this show at the William Morris Gallery he has painted women from East London, against the iconic floral motifs of William Morris. Like Rhys James’ paintings, his giant wallpaper backgrounds come alive, the flowers merging with the figures.

The exhibition has been inspired by Charlotte Perkins Gilman’s feminist text, The Yellow Wallpaper (1892). This now-classic novel is about a young woman confined to one room after being diagnosed as an hysteric. The story’s main theme of denying women freedom informs Wiley’s images of powerful, modern black women and the complex world they live in.

Gilman also has a connection to the William Morris Gallery. In 1896 she met and befriended William Morris’ daughter, May Morris at an International Socialist Conference in London.

Both promise to be powerful exhibitions, exploring modern women and femininity against wild, woke wallpapers. 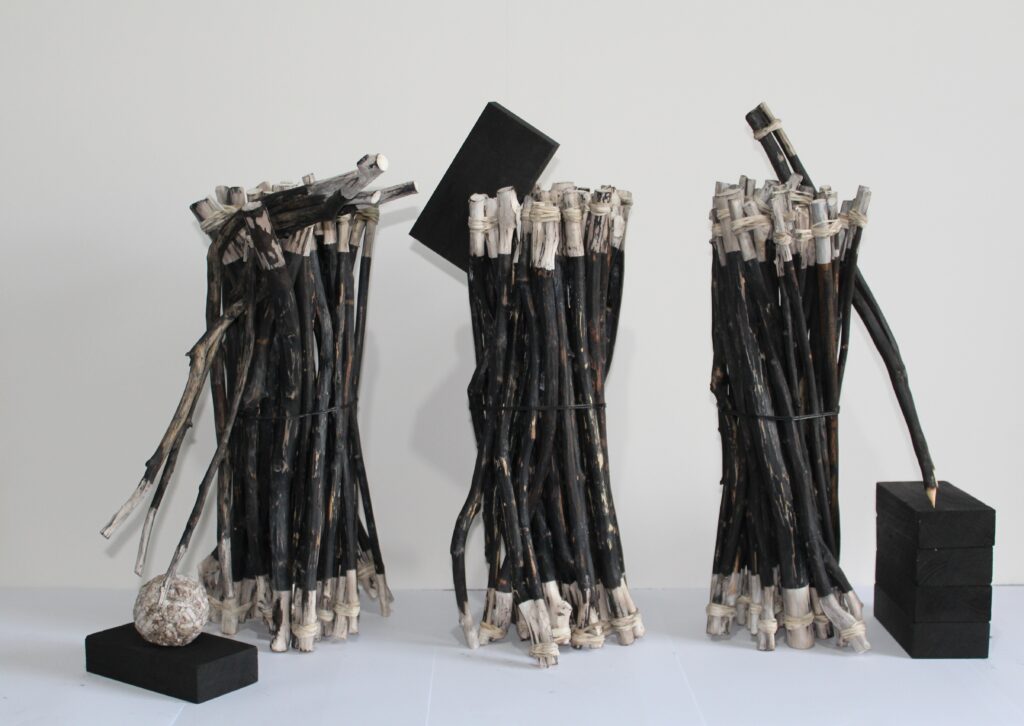