The art world is an exciting industry to work in. Where else would you have the opportunity to bid on a million-pound Picasso painting at auction? Or ship a Damien Hirst shark to New York? Or party with Liam Neeson? It’s a world I know well. I started my career by working in museums and galleries in London. I loved it. But I had to leave. With the excitement of this exclusive world comes one major problem: pay. Behind the closed gallery doors, it’s a world where money is everywhere, and nowhere. So, how do you go about finding art careers that pay well? Let’s take an inside look.

After graduating, my first job in the art world was as a Museum Education Officer.

The museum could only afford to hire a team of 4. So, I managed the education programme – entirely on my own. I delivered schools workshops, family art days, and outreach activity. I set up partnerships with universities, youth groups and charities. I gave talks and tours to auction houses, curators and specialist art groups from around the world.

I struggled to make ends meet. While my friends were out on a Saturday night drinking cocktails, I was working. I had to take on a tutoring job in the evenings and over weekends just to pay my rent, travel and living costs. And I wasn’t exactly living in Chelsea. After work, I would travel home to an unsafe neighbourhood. Living in a high-rise block of flats, my neighbours had a ferocious Rottweiler who I would avoid meeting in the lift. He always looked hungry.

Even the constant smell of marijuana, rising from the flat below, didn’t relax me.

I met many other graduates in the same position as me.

One of the most popular routes into the art world is through arts administration. The starting salary is between £15,000 and £20,000.

Ever wondered who eats all the canapes at gallery openings? It’s entry level arts professionals’ version of dining out.

I also drank far too much of the cheap wine at Private Views.

After a year in the museum, I interviewed for the role of Gallery Assistant at a commercial gallery in Mayfair. I was offered £20,000 a year.

I was soon selling paintings, worth thousands, sometimes millions, to the super rich (although that’s not the term we used. High net worth individual or art collector was preferred). I remember one couple spending £250,000 on a tiny sculpture of a horse. It was especially ugly, but they seemed to like it. It was for their summer home in the BVI (That’s the British Virgin Islands. Didn’t you know?).

The pay still wasn’t great, and I had to work on Saturdays. Especially painful with a hangover.

But the parties were good. Very good. It was my job to wine and dine clients, some of them celebrities. I remember one auction house party where Martinis were served by models, and I danced with Antonio Banderas. He’s surprisingly short.

I was enticed by the glamour and celebrity of this world. Surely the pay didn’t matter, if it was a job which I loved?

But while celebrities and collectors were spending millions on masterpieces, I couldn’t ignore the culture of unpaid internships which was fuelling profit. I would meet interns working for months on end, unpaid, in the hope that they would eventually get a job. This disparity was unsettling.

There has been a recent backlash against unpaid internships. But in the art world, they are still largely considered the ‘norm’ and the only way into the industry.

‘I know I’ll have to work for free’ is the general attitude of most graduates wanting to get into the arts.

And it’s true for many. Almost 90% of arts internships are unpaid.  Shocking.

This culture of unpaid internships and poor pay is paired with a tendency to offer internships as informal ‘favours’ to family friends.

It makes the art world one of the most exclusive sectors to work in. It doesn’t favour anyone from a ‘normal’ background, without the connections or bank of mum and dad to rely on. And it knows it can get away with it.

Unpaid, they might be, but these internships are still highly sought after and competitive to secure. It makes you feel lucky to have ‘got in’, even if you’re not getting paid.

Looking back, I wouldn’t have started my career anywhere else. But poor pay is one of the main reasons that people, like me, leave the art world. It is unsustainable, especially if you want to start a family, or buy your own home.

So, I started to look at other options. And the good news is this: there are lots of alternatives to working in museums and galleries!

I made the move from museums and galleries into higher education. Most universities have cultural collections, and own a ton of art. I found a Matisse hanging on the wall of the maths department at Oxford. Most of the maths students had no idea what it was. Universities frequently work with the cultural sector on projects, exhibitions and partnerships. I’m currently managing a major Shakespeare project for the University of Birmingham.

Good at writing snappy copy and press releases? PR agencies can pay well. Find one which allows you to cover art and culture. You’re likely to start on £22,000 to £28,000 a year. Within just a few years you should be on more than £40,000.

Writing: pitch ideas and articles on the arts to editors at magazines and newspapers – they are always on look out for new stories to share. Journo resources is an excellent website which lists how much you can expect to be paid per word by publication.

It’s hard to make much money by blogging, but starting a blog gets your portfolio of writing out there and I have found it’s worked well for me in terms of artists, magazines, galleries and papers getting in touch to ask for features and copywriting.

If you want to work with art collectors, but not in a gallery setting, wealth management could suit you. Trainees can start on £30,000.

Graduate schemes in the arts: although the art sector is not known for its graduate schemes, I’ve rounded up 20 relevant schemes here.

Start on social media: And I recommend looking for jobs and paid internships on social media. Give Fair Museum Jobs a follow on Twitter @fair_jobs and check the Museum Leicester Jobs Desk, which categorises roles by unpaid volunteering and paid jobs. The Arts Council and British Council feature a range of interesting roles, as does the Guardian.

Sat Jun 1 , 2019
Huge congratulations to Birmingham artist, Claire Douglass, who has had a painting selected to hang in the RA Summer Exhibition! Run without interruption since 1769, the Summer […] 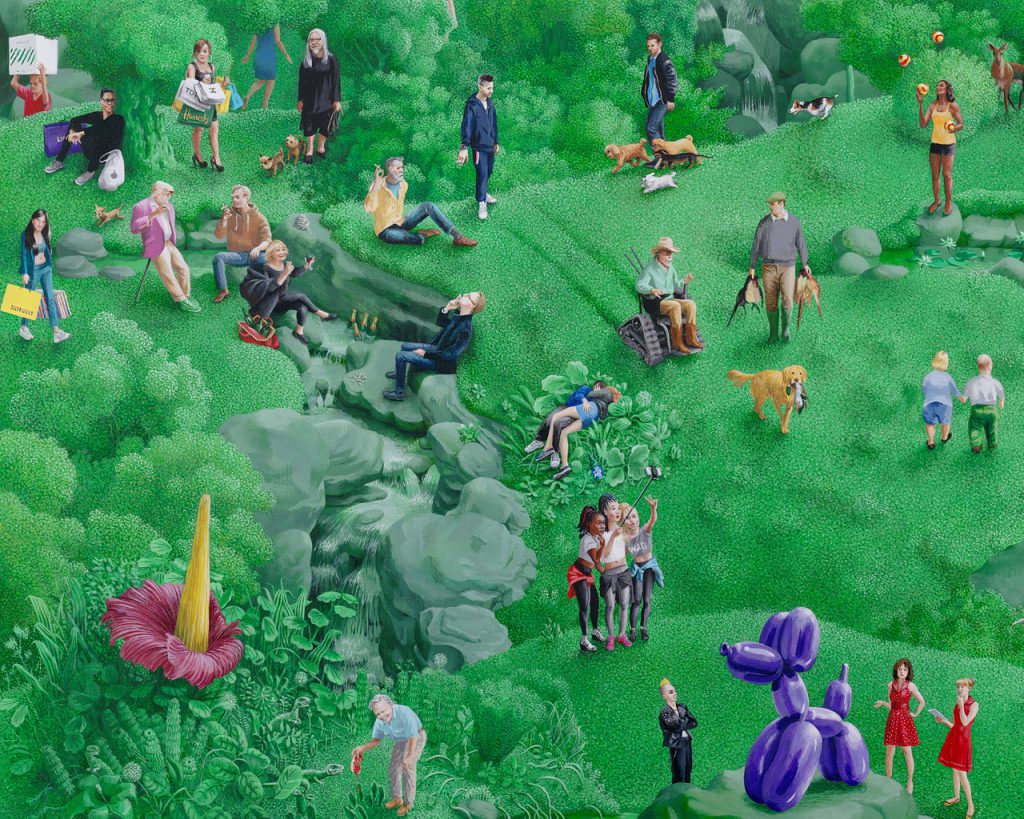