4,000 people joined Birmingham’s Black Lives Matter protest on Thursday 4th June, 2020. It was powerful and peaceful, demonstrating Birmingham’s solidarity with the wider movement, in reaction to the racist killing of George Floyd in America, while also demanding change in the UK.

Photographer Charisse Kenion took her camera with her when she took part in the protest. Here are a series of the images she took, marking this significant moment in history.

It really is time that we all woke up to racism, which doesn’t belong anywhere in this world.

“I can’t breathe”, chanted the crowd, before taking a knee in silence.

George Floyd died in Minneapolis on May 25 after police officer Derek Chauvin, who had just detained him, knelt on his neck for nearly nine minutes – four of which he was unconscious for – as fellow officers stood by.

“It was good to see such a diverse, young crowd. It fills you with hope”, said protester Daniel Stone.

The crowd gathered in Centenary Square, in front of the city’s library, before marching to Lloyd House, the headquarters of West Midlands Police, and staged a “die-in” by lying down on the ground.

Amongst the protesters was Xhosa Cole, the Birmingham-born tenor saxophonist and BBC Young Jazz Musician of the Year. He had brought his saxophone and was circling around the square, filling it with music. It was incredibly moving.

Vanley Burke, often described as the ‘Godfather of Black British photography’, was also amongst the crowds. He has photographed Birmingham’s Black community since arriving in the city in the 60s, and his presence marked the importance of this event.

A fundraiser has been set up on GoFundMe for Black Lives Matter UK (BLMUK), a coalition of black activists and organisers from around the UK. The fundraiser is asking for donations in order to “support UKBLM’s work with black communities in the UK”.

Fri Jun 12 , 2020
After studying architecture, Elliott Packham turned to painting. Today, he depicts the ‘concrete jungle’ that is Brutalism, celebrating and capturing the simple block-like geometry of […] 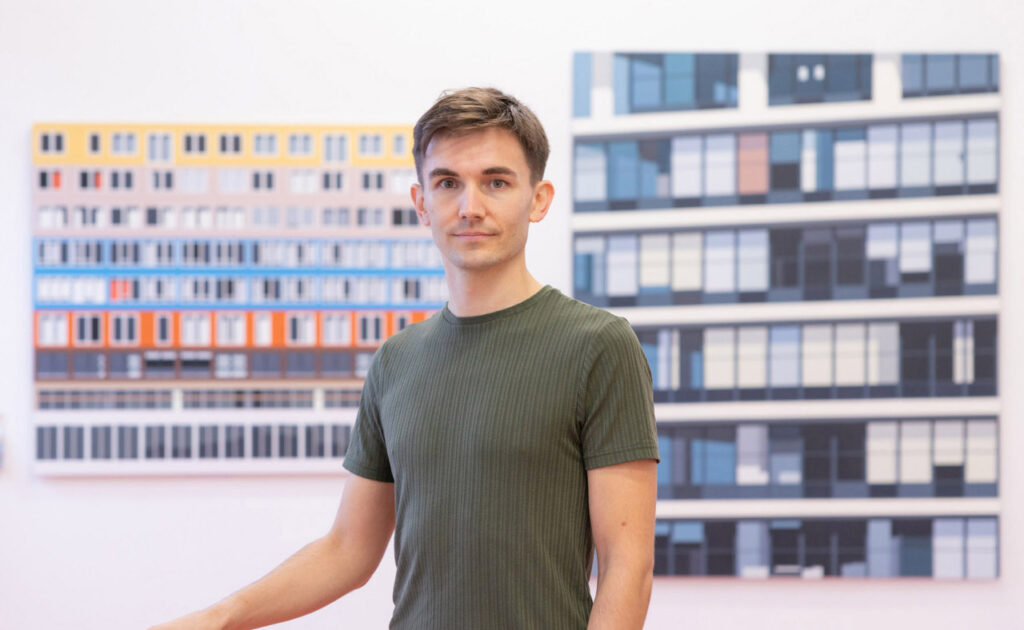