This weekend, I went to check out Birmingham’s newest gallery, Lux Gallery. A 15-minute walk from Birmingham city centre, this independent gallery has opened in the heart of Edgbaston Village, ideally located just 3 doors down from Loki Wine (more on that later).

When I arrive, I am immediately welcomed by the gallery’s founder, Owen de Visser. Not only is he the man who created Birmingham Open Studios and ArtsBrum, he’s also an award-winning professional photographer – in my experience, artist-run spaces often tend to break the most boundaries and offer more than just wall space to artists. I undoubtedly get this sense from Owen, who has carefully chosen and curated a small group of talented contemporary British artists, many of whom are Birmingham-based, to show as the gallery launches.

The paintings of Maureen Mace immediately catch my eye. Her enchanting paintings feature ancient trees, imagined in copper or gold leaf, which cover the surface of the canvas. Beneath them are the millefleur, literally thousands of flowers, favoured by medieval painters and tapestry artists. Onto this surface she paints ideas from mythology or items that intrigue her about cities – she is currently working on a Birmingham scene.

Birmingham is a theme which runs through the opening exhibition. There are the popular prints of Brumhaus on sale. Inspired by Modernism, architecture, typography and design, Brummie artist Alexander Edwards uses geometric patterns and architectural features to celebrate Birmingham’s skyline and most iconic landmarks: Old Joe, the BT Tower, and the Floozie in the Jacuzzi.

Another superb artist inspired by modernist architecture, whose work is on show, is Elliot Packham.  After studying architecture, he turned to painting and today depicts the ‘concrete jungle’ that is Brutalism, with a crisp and mesmerising style.

I also find unique pieces of jewellery by local Jewellery Quarter artists inside Lux. Glenn Campbell’s influences are easy to see: he draws on imagery from the natural world, creating forms that are flowing and organic rather than hard-edged and constructed. Folding, forging, rolling, fusing and twisting all play a part in his making process. Glenn Campbell takes commissions, too, and I may already have ordered a nameplate necklace from him (I couldn’t resist).

After taking a look around the gallery, Owen shows me the on-site photography studio, from where he works. This studio will offer a range of packages to families and individuals, covering everything from corporate headshots to product photography.

It’s been Owen’s “dream of many years” to open up his own studio and gallery; while the pandemic delayed his plans, it certainly didn’t prevent them. Speaking with Owen, his love for Birmingham and its creatives is clear. Since studying in Birmingham, he’s worked here for 17 years and feels “pride in the city” which he has seen evolve and transform over the years. He’s the best of Brum, a self-made man who has made his dream a reality, gaining a place on the Prince’s Trust programme for creatives and following his passion for the arts.

Owen is also a man with a plan. Coming to the gallery with a background in high-end retail – he has worked for Selfridges and Thomas Pink – Lux will host a series of bespoke events, collaborating with the likes of Loki, to offer wine and art talks – I am there!

I highly recommend popping into the gallery. It’s a great place to find art for your home of office space, starting from £50. There’s also a range of prints, greetings cards and affordable jewellery, so there is something for every budget.

When I arrived in Birmingham 5 years ago, one of the things missing from the cultural scene was independent, commercial galleries. Lux is set to be an important player – showcasing and supporting local talent, connecting collectors and artists in a friendly space, and promoting our brilliant city of Brum.

You can find Lux Gallery on Greenfield Crescent, which is part of the newly developed Edgbaston Village. Lux is surrounded by luxury homeware shops, wine bars and restaurants, including Loki, Chapter and Kin. To find out more, you can visit luxgallery.co.uk or follow the gallery on Facebook, Twitter and Instagram @luxgalleryuk

Paul Biddle: The Museum as Muse 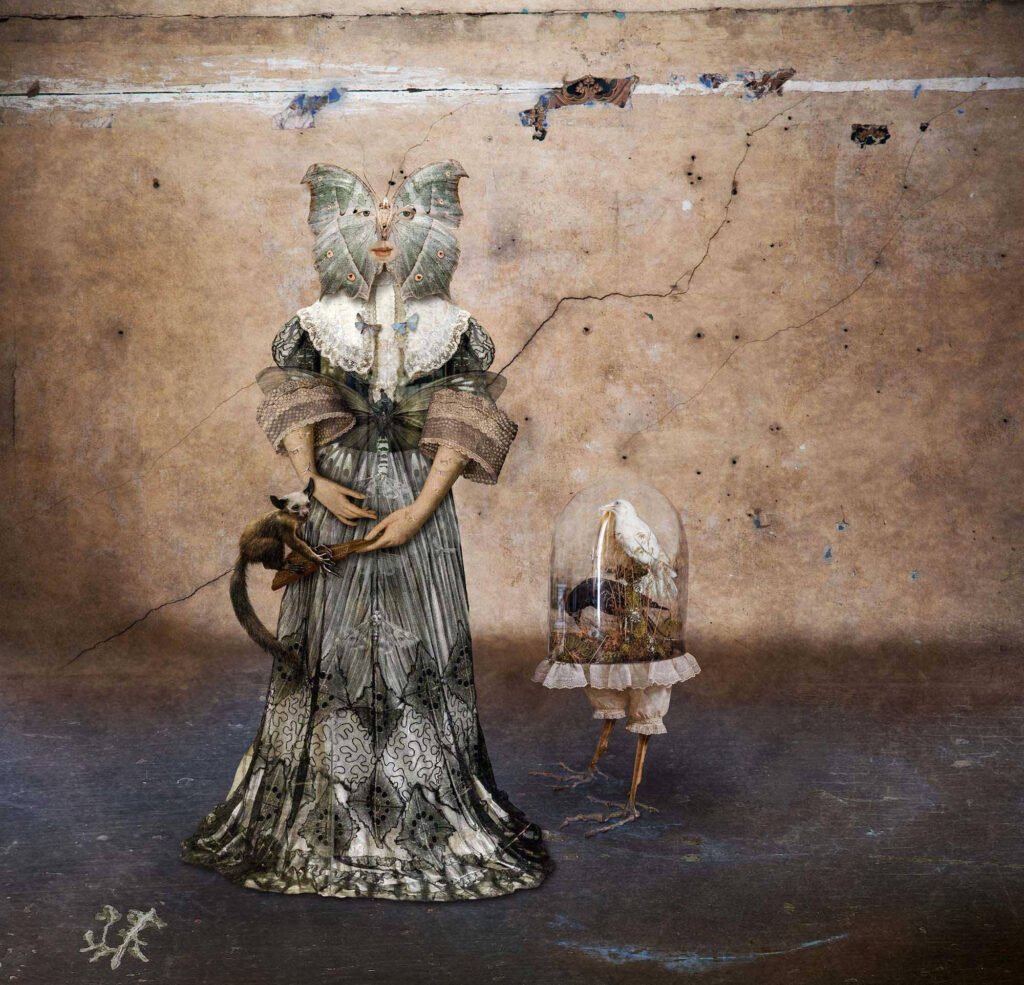