This week I visited Birmingham School of Art to view (and review) the BA Fine Art degree show. Having moved to Birmingham not too long ago, it was the first degree show I had seen at BCU and I was taken aback by the maturity of these students’ practice and their response to the changing cultural and political landscape around them. For me, the exhibition showed these young artists exploring ideas specific to living and creating art within Birmingham. Speaking to a number of students, they told me of the changing environment in which they have found themselves over the last 3 years. Just next door to them Paradise Birmingham is being rebuilt, whilst the city as a whole is undergoing dramatic redevelopment; at the same time, the city has seen increased numbers of homeless people huddled beside Grand Central Station. On a national and international stage, the world is entering a new era of politics, alongside increased globalisation. Throughout their multi-disciplinary and cross-cultural practice, recurrent themes centred around: refugees and homelessness; memory and maps; digital currency and even Brexit. I am sure that many of these students will go on to have successful artistic careers, and these are my pick of ‘ones to watch’.

On show within the ornate entrance hall to Birmingham School of Art is Yeomans’ installation ‘Opus Locus’. I peer my head around a small room, which seems to belong to a mad magician, noticing a book on ‘Folklore Myths’ and world maps atop a paint-marked desk. There is also a wine glass with remnants of red wine still present. The floor is covered in rich Moroccan Berber rugs, woven in red and post-it notes covered in scribblings, drawings and creative notations in black ink. At the same time, Yeomans breaks the illusion and fantasy with his satirical pot of gold: a glass jar is filled with bronze pennies and labelled ‘Student Finance England’.

“I am an artist living in my own whimsical world; a solitary wizard and inventor with the heart of a dandy. I utilise a variety of prop-deign based skills and materials to create the effects, illusions and installations which narrate the story with the aim to intrigue and entertain the viewer” – Daniel Yeomans.

I was immediately drawn to Stokes’ print and textile wall hanging entitled ‘I Saw My Mother Naked And…’ which showed this skilled mixed media artist reinventing the traditional genre of portraiture to consider identity. Stokes incorporates the use of found domestic materials, silkscreen printing, painting and drawing to create large textile works that explore the relationships that exist between himself and his family, and refers to them as ‘visual poems’. In this work, he has used poignant family photos of his mother, when she was pregnant with him, standing strong and gazing out at the viewer.

“My work considers the traditional purposes and historical properties of portraiture and the role it plays in determining character and identity” – Vincent Louis Francis Stokes.

Kozma’s work directly deals with the development of Birmingham, which she has witnessed over the last three years. ‘Metropolis (Mother City)’ mimics the causeway and structures of a rising city, which is built up of different communities. Starting with photographs of traffic and engineering works, she Photoshops these, drawing out the repetition of shapes to reflect on the infinite. She also intensifies the colours to create strikingly patterned tiles and mosaic-like textiles. These are then transformed from 2D form to mesmerising 3D architectural structures.

“My current work explores the ideas for utopian and dystopian worlds and how they could possibly, delicately, coexist through my own imagined architectural constructs” – Aurora Kozma.

The moving installation work of Douglas explores displacement, refugees, and homelessness, which is noticeably on the rise in Birmingham. She points out to me that ‘this could happen to anyone’, which she wants to make clear in her practice. A tall structure of rags, above a used mattress, holds a rucksack, intimating at transitory human presence and isolation. It is rather haunting, and sadly true to life, as many of pass by, and try to hide from view, the homeless people huddled against shop doors in Birmingham city centre.

“The mattress is a practical symbol of rest, an object that links us all through basic need…Mass-produced textiles reflect on the global trade of goods as well as migrating people. The enfolded mattress signifies the need for protection, using only the strength of the strands of fabric to secure it, the potential for failure reinforces the volatile nature  of our own circumstance” – Gemma Douglas.

On show by Suzie Hunt are 16 black and white photographs of the places she passes by on her train journey to Birmingham. They are places in between, symbolising the unfamiliar spaces outside of our own familiar places in the world, and the borders we each construct. Passing beyond a black curtain into a darkened room, I find the work ‘Constellations’.  16 stunning photo etchings on light boxes show GPS data, as well as memory maps, of the places she has visited, echoing constellations in the night’s sky. These surround a large, dangling globe onto which she has projected the data and imagery from her journeys into space. There is something so fragile and delicate about her powerful projections and hidden worlds.

“I am fascinated by how we as individuals interpret our environment; what our relationship is with it, and how we respond to it. I like the tension between the way it looks to the resident and the passer-by, and to be able to show that to the viewer” – Suzie Hunt.

Hunt is going on to an artist residency at Birmingham Museum & Art Gallery next year, where you will be able to see her work exploring how visitors move around the museum space.

In Brogan Thomas’s digital collages, such as ‘Ambiguous Bedroom’, this artist wittily re-imagines middle-class spaces into abstract assemblages. The pop art of Richard Hamilton meets IKEA in these uncanny images. Experimenting with different depictions of modern interior spaces, from the living room to the bedroom, she contrasts geometric fields of abstraction and highly rendered recognisable details, to create an eerie play on painterly illusion. The push and pull between the two builds up levels of objects in illusionary space, which leaves the viewer filling in the gaps.

“Interior Design is a prevalent subject in my work. I create collages of recognisable interiors which are infused with abstract elements. The shifting between representation and abstraction generates an environment which doesn’t seem real, yet also creates a vivid sense of place, playing on the illusion of what is flat and what is three-dimensional” – Brogan Thomas.

Through analogue and digital collage, found and original photography, Santolamazza’s practice asks the viewer to consider how we view the world through various technological lenses. Are we slowly losing our touch with the natural world? How much technology is too much technology? Here the natural and the artificial merge in response to the positives/negatives of technology, and the harrowing prospect of a transhumanist society.

“A photograph has two distinct aspects. One is a picture of something real, the other is an abstract arrangement of lines, textures, forms, shapes, and colours. The collages you see here utilise both of these characteristics. They depend primarily on what the photographs represent, as well as elements of shape, colour, and texture to create these new compositions” – Lee Santolamazza.

Birmingham School of Art’s Fine Art and Art and Design degree shows are the culmination and celebration of three years’ of creative study. Throughout the Grade 1 listed building at Margaret Street you will see the high standard of individual student work, presented in the form of a professional, curated exhibition. The shows run from 12 – 18 June 2017, and you can find out more details here.

Wed Jun 21 , 2017
‘Thresholds’ is a new virtual reality artwork by the renowned British artist Mat Collishaw, which is currently, and significantly, on show at Birmingham Museum & Art […] 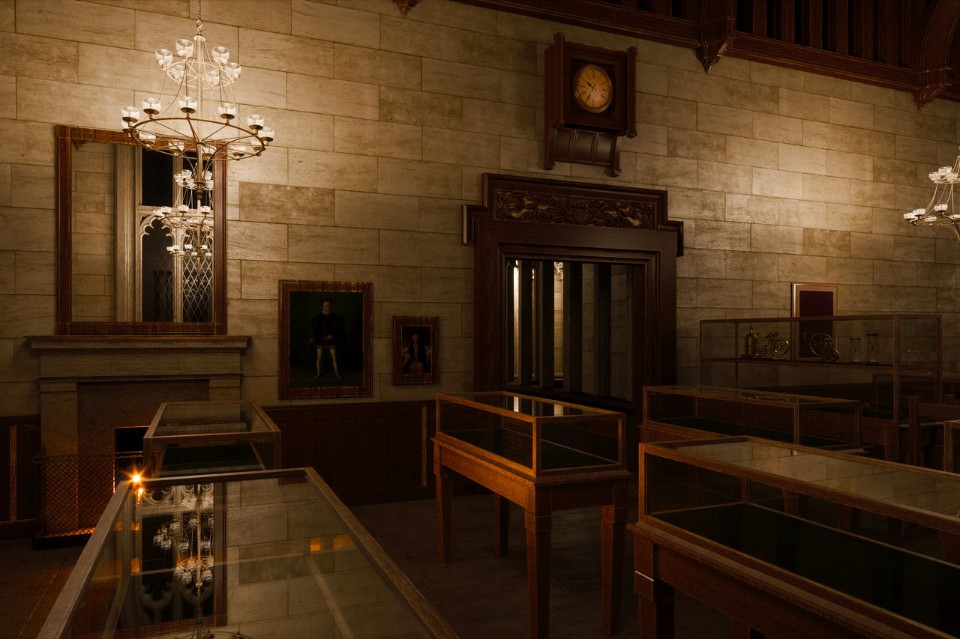