The recent film ‘Tolkien’ (2019) tells the story of J.R.R. Tolkien’s life. I really enjoyed it – mainly because it shows much of the inspiration behind his works ‘The Hobbit’ and ‘The Lord of the Rings’ trilogy. And a big part of that influence came from his upbringing in Birmingham – where he lived for 16 years. I decided to see for myself, by taking the Tolkien Trail in Birmingham, if I could find a bit of Middle-earth.

I was amazed by what I discovered, and have mapped out the must-see sites for other fans. You’ll be enchanted.

Where did Tolkien live?

His first Birmingham home was a small house opposite Sarehole Mill in Moseley. You can still find this house at 264 Wake Green Road today. He lived here with his mother, Mabel, and his brother Hilary.

After 4 years, they moved to a house on the Alcester Road in Moseley from where he could take a tram to King Edward’s School, then located in New Street in Birmingham city centre.

The family soon moved again to Westfield Road in Kings Heath and then to Ladywood and a house (now demolished) in Oliver Road, in order to be near the Catholic Oratory church.

Following their mother’s death in 1904, Tolkien and his brother remained in the Ladywood/Edgbaston area. They originally lived with their aunt in Stirling Road, but they were not happy and moved to lodgings in Duchess Road.

Four years later they moved to their last Birmingham address in Highfield Road. It was here that Tolkien learnt that he had gained a place at Exeter College, Oxford. With the exception of army service, a spell as a lecturer in Leeds and retirement in Poole, Tolkien lived and worked in Oxford for most of his life.

Although he never lived in the city again, Tolkien referred to Birmingham as his home town and to himself as a ‘Birmingham man’.

Tolkien recognised Birmingham’s influence on his writings about Middle-earth. There are certain landmarks and locations in Birmingham which clearly gave him inspiration for both ‘The Hobbit’ and ‘The Lord of the Rings’ trilogy. Today, you can still visit these sites, and they really are worth seeing.

The small village of Sarehole was one of the starting points for Tolkien’s fictional Shire in both ‘The Hobbit’ and ‘Lord of the Rings’. This is where he made some of his earliest memories. He had grown up, between the ages of 4 and 8, just across the road from Sarehole Mill.

“It was a kind of lost paradise. There was an old mill that really did grind corn with two millers, a great big pond with swans on it, a sandpit, a wonderful dell with flowers, a few old-fashioned village houses and, further away, a stream with another mill” – J. R. R. Tolkien.

Sarehole Mill is understood to have inspired ‘the great mill’ in ‘The Hobbit’.

Today, the great mill pond is still there, ringed with willows, and an oasis of calm just 5 miles from Birmingham city centre.

I recommend spending a couple of hours at Sarehole Mill, which is a Birmingham Museum Trust site, and open during the summer months. Step inside the old mill, wander around the garden, and watch wildlife from various viewing points across the water pool.

An excellent programme of events includes Tolkien-themed tours and talks. ‘There and back again’, which takes place every few months, is a talk and guided tour which offers an introduction to Tolkien, the area of Sarehole and its influence on his magical Middle-earth.

Behind the back gardens of Sarehole Mill is the deep and densely grown Moseley Bog. In Book One of ‘The Lord of the Rings’ Tolkien describes the mysterious Old Forest, haunt of the ageless Tom Bombadil. This woodland and shadowy marsh inspired it.

“I was happy running about in that country. I took the idea of the hobbits from the village people and children. They rather despised me because my mother liked me to be pretty. I went about with long hair and a Little Lord Fauntleroy costume. The hobbits are just what I should like to have been but never was” – J. R. R. Tolkien.

Still mysterious and solitary, I wouldn’t want to end up alone at night in Moseley Bog. As Tolkien warns: “The trees do not like strangers. They watch you. They are usually content merely to watch you, as long as daylight lasts”.

The Shire Country Park is a local nature reserve, which consists of wetlands, grasslands, woodland and heath. The park was named to honour the life and work of J.R.R. Tolkien who lived within its borders as a young child. It encompasses Moseley Bog and Sarehole Mill.

Butterflies, foxes, water voles and bats may be seen. Bird lovers can spot Kingfishers, Sparrowhawks, all three British species of Woodpecker, a variety of Warblers in the Summer, and Redwings and Fieldfares in the Winter.

A 5k walking route is marked out in the park.

Perrott’s Folly and the chimney of Edgbaston Waterworks Tower are thought to have inspired Tolkien’s Two Towers of Gondor.

Anyone who has seen the films will be struck by the similarity between the 96ft Perrott’s Folly, a lighthouse-like brick structure on Waterworks Road, and the awe-inspiring fortress of Isengard, lair of the evil wizard Saruman and his orcs.

The same applies to the Edgbaston Waterworks Tower, just a couple of hundred yards down the same road. A century ago, this would have been churning out sinister Mordor-like plumes of smoke from the engine room down below. Today it is dormant, but still doom-laden, especially on a cloudy day.

For super fans, there’s also a Middle Earth Festival. It is an annual 2-day event celebrating the life and works of Tolkien and his connections to the city of Birmingham. It began in May 1998 with a small event called “Fun at the Mill”. 20 years on, it now welcomes thousands of visitors each year from all over the world. It usually takes place during September at Sarehole Mill.

Enjoy your adventures in Middle-earth, and look out for orcs. We are in Birmingham, after all.

A (sunny) day out in Stratford-upon-Avon 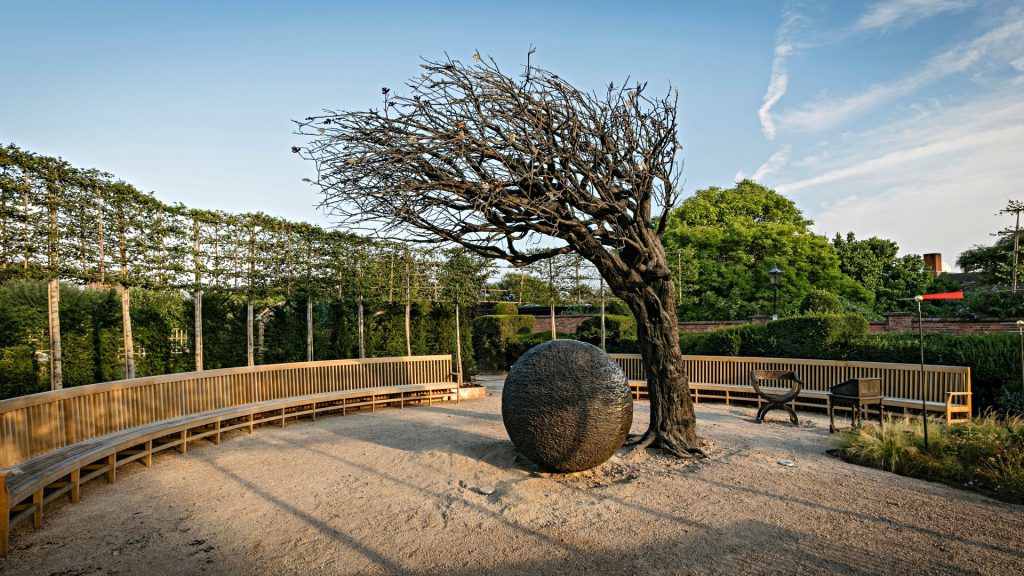