Carl Lavia (aka Sketch) is a masterful, self-taught artist on a mission: to sketch all 69 cities in the UK. Lavia’s first map stop has been Birmingham, which he has depicted in a large-scale, aerial drawing on show at Birmingham Museum & Art Gallery. Made from memory, the intricate work conveys the detailed aesthetics, as well as Lavia’s impression, of the city. In this interview, he lays bare his creative compulsions and processes behind this ambitious project.
What made you want to start this artistic venture of drawing all 69 UK cities?
I have always wanted to sketch an existing city, and while sketching Birmingham the idea evolved to the rather unreasonable idea of sketching all 69! The reality of all 69 is a thrilling one; it’s going to take a lot of travelling and funding and time, but it is a creative challenge that I’m fired-up about, so, I’m just gonna go for it.
By the way, after all of the UK cities are accomplished, I would like to aim to complete all the capital cities of the world.

Carl Lavia’s Birmingham sketch, on display at Birmingham Museum & Art Gallery
What exactly is it that you want to represent? The city’s movement? Its architecture? Or your psychological experience of and in it?
All of the above, and it can be coined in the word ‘impression’. The way I feel about the place and the interplay of the way the particular aesthetics are playing out within the mix of geography and architectural forms, these facets form an atmosphere and that leaves an impression and it’s the impression I want to document.
And, on reflection, I do muse with the idea that I have chosen a subject matter that mirrors my own mental and emotional landscape: frenetic, somewhat restless, ambitious and in a constant state of flux.
What is the process behind each beautiful drawing? Do you take photos or make sketches on site?
I always take lots of photos; my project partner (Lorna Le Bredonchel) takes a lot of photos of me taking photos. I walk the city A LOT; I sometimes sketch a particular landmark, building or area/street to get an idea and feel… these smaller sketches help seal in a memory of the atmosphere. Sometimes I may take my easel, sometimes just the small sketch pad.
When it comes to laying the plan out for the piece itself, I’ll use all the mini-sketches and photos along with aerial footage from books and google maps etc. to help me form a jigsaw for the whole.
How long does it take you to draw each city?
Well, for me, sketching and drawing are two different approaches. I purposefully use the word sketch to describe what I do. In sketching there is a roughness, more urgent, imperfect. It is more an emotional impression, executed quickly. I read just recently a phrase uttered by Peter Lindbergh – “a cry against the terror of perfectionism” – I liked the phrase, although my sketches are not a rage against something, they are more an on-purpose imperfect idea of something, for I don’t want to make an exact copy of something, I want to create something that has not existed before. I’m also a huge fan of David Lynch, who says frequently, “flaws are beautiful”.  For me, sketches are full of gaps of information and are inherently flawed and those flaws have power.
It terms of time, Birmingham took 6 weeks, from planning to mapping and finally sketching. I think each cityscape will differ, as the time taken will be dependent on several factors.
For me, there is real movement to your drawing and the marks are reminiscent of Futurism’s ‘lines of force’. This dynamism makes me think of neurons in your brain piecing together memories of the city’s layout. Is the final drawing made more from memory, or do you work from a range of visual sources?
I like your perspective! I definitely move a lot when I’m in the physical act of sketching…I don’t stay in an area long on a panel I am working on or the street I am capturing, so that sense of dynamism is well perceived. But I have to know the city I am sketching. I make that effort to explore those streets by foot, so my memory is very much a muscle in full force as well as relying on my visual aids of previous sketches, photographs and any other found material in books and google maps.
There is a great craftsmanship to the work. I understand you use Bic pens – was it a conscious decision to stray away from traditional fine art materials?
I use a mix, whatever I can get my hands on really. The bic pens are a huge go-to out of familiarity but really, whenever I pass a pen store, I always purchase a pen to test. I guess I haven’t found the definitive pen yet – I’m hoping I never will! You mention traditional art materials – I personally think any material can be used to create art, and for me, the more untraditional the more exciting the prospect. Taking something from its usual context and morphing it is what creating is all about.
Which artists do you take inspiration from?
Richard Estes, known for photorealism cityscapes; Canaletto, known for landscape/cityscape (in the 1700s) Salvador Dali; Eggleston (photographer) known for making the banal everyday object or place, seem extraordinary, and Gaudi, for obvious reasons.
I know you have been drawing since you were 5 years old. Have you kept any early examples of your work? I’d love to see an early Lavia!
Yes, I do still possess works stemming from a period where I was sketching on A4 pieces of paper from around 10 years ago. I also have some old attempts at sketching London from years ago.

Two early A4 fictive cityscape sketches, from around 15 years ago
Do you think someone can be taught to draw or do you think that it is something natural and innate?
All children experiment. ‘Play’ is an important and powerful explorative force, but finding a creative outlet compelling or not, that cannot be forced. Resonance comes from someplace deep inside that already exists and is, therefore, innate.
Do you plan on exhibiting all 69 works somewhere? Where would your ideal exhibition location be?
I would love the exhibition to travel, to exhibit all the cities together in each city, the body of work to be appreciated as a single all-encompassing whole, would be ideal. My project partner (Lorna) and I aim to make that happen…how, we don’t know …yet. Where? Someplace unique never before used to house artworks, perhaps.
As the cityscapes are depicted from an aerial viewpoint we quite fancy the idea of the cityscapes being displayed on the floor or maybe above on a low ceiling, so the view as one makes their way around the space is one of flying way above.

This article was also featured by Grapevine Birmingham & Cornfield Publishing

Arts careers | Is museum education for me?

Mon Dec 12 , 2016
What is a museum education officer and how much money do museum educators make? These are two common questions I am often asked. So, here’s […] 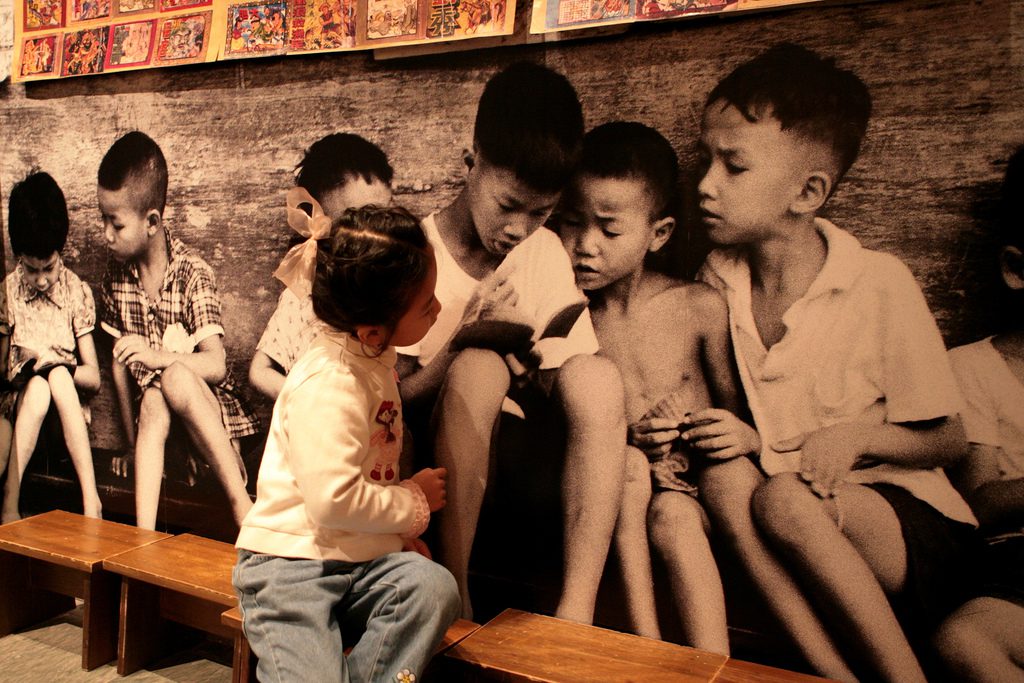