I love Autumn: wrapping up in warm jumpers, drinking ridiculously flavoured lattes (yes, I know it’s not real coffee if it tastes like pumpkin) and starting my Christmas shopping (sometime in November… OK, I actually start in October). It is also a great time of year to increase your intake of art and culture, as many museums and galleries launch exciting shows during the darkening days of Autumn. Here are my top picks for the culture calendar in Birmingham over the next few months.

Reuben Colley’s brand new collection of paintings, ‘Remnant’, celebrates the neglected corners of Birmingham’s urban landscape which are destined for demolition, or have already disappeared. Born in Hodge Hill, Reuben Colley spent his childhood playing in scrubland between high rise tower blocks, and cycling in the shade of the Aston Expressway. Over the last 20 years, Colley has firmly established himself within the Birmingham topographical tradition.  In his paintings of the urban landscape, he draws upon some of modern art’s most powerful movements, including impressionism, photorealism and even pop art.

Ok, so this exhibition is beyond Birmingham, but not too far (Warwickshire) and well worth the journey. Inside the 18th-century country mansion and Compton Verney Art Gallery comes a touring exhibition from London’s House of Illustration. It is the last leg of the tour, which has lasted for three years, and it offers the final chance to see this landmark retrospective of Quentin Blake’s witty illustrations. The exhibition features over 140 original works, many never seen before outside Blake’s studio, as well as some of his artist’s tools. You will meet characters from Roald Dahl’s books, such as The Twits, BFG and Matilda, as well as figures from other authors including David Walliams and Michael Rosen. The show offers a unique insight into some of Quentin Blake’s best known and popular creations.

This ground-breaking exhibition will feature over 80 modern and contemporary artworks by internationally renowned artists who explore themes of gender, sexuality and identity. It marks the 50th anniversary of the partial decriminalisation of male homosexual acts in England and Wales (1967 Sexual Offences Act) and, taking 1967 as a starting point, the exhibition will reveal new research into LGBT history and visual culture. The exhibition will showcase art works by modern and contemporary artists including: Francis Bacon, Eric Bainbridge, Robert Colquhoun, Mark Francis, Richard Hamilton, David Hockney, Andy Warhol and Sarah Lucas, amongst many others.

This is a touring exhibition conceived by National Museums Liverpool, in partnership with Birmingham Museums Trust and the Arts Council Collection.

Jan Steen is one of the most engaging and brilliant artists of the 17th-century Dutch Golden Age. Best known for humorous, gently moralising scenes of everyday life, he also produced some 70 remarkable paintings narrating scenes from the Bible and classical mythology and history. This innovative exhibition puts into context the Barber’s own Steen masterpiece, ‘The Wrath of Ahasuerus’, and features important paintings, drawings and prints lent by collections in the UK, Europe and the US. It explores the emerging Dutch nation’s links and associations with the Biblical Israelites, the connections of these paintings with contemporary Dutch theatre, and the Barber painting’s fascinating history.

A celebration of work by the influential modernist and abstract artist William Gear (1915-1997). This exhibition explores the artist’s key role in developing and promoting abstract art both within Birmingham, as well as across the UK. It will feature 32 artworks from Gear’s estate that have never been exhibited before, including: oil paintings, watercolour and gouache paintings, silkscreen prints, and some pastel and pencil works. There will also be 2 sketchbooks, and some archive material in the form of letters and photos. The exhibition programme includes a Symposium event on 12 November during which you can learn more about Gear from speakers including Dr Jennifer Powell, who is Senior Curator at Kettle’s Yard. Booking is essential and you can sign up here.

From 2014 – 2017 Edmund Clark has been Ikon’s artist-in-residence at Britain’s only therapeutic prison, HMP Grendon in Buckinghamshire. An artist with a longstanding interest in the incarceration and its effects, this exhibition showcases the body of work he has developed in response to the prison and helping to facilitate the prisoners’ own creative output. The work explores HMP Grendon as an environment and a process, as well as a place of incarceration, which is the result of Clark’s familiarity and engagement with the prisoners, prison officers and staff’s daily routine.  The works raise important questions about ideas of representation, self-image, trauma and panopticism.

Arts careers | How do I write a great CV for the arts? 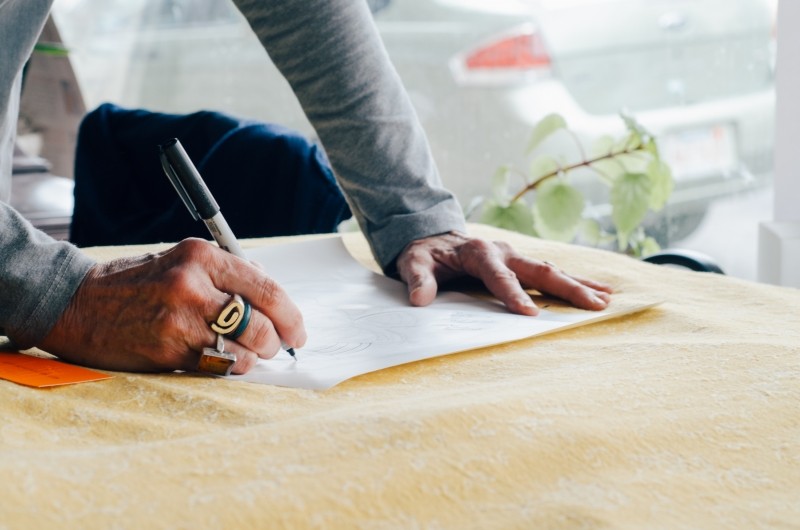