Caroline Walker  (b. 1982, Scotland) paints striking portraits of the unseen female workforce: chambermaids, waitresses, tailors, hairdressers and nail technicians. ‘Women’s Work’ at MAC is her most comprehensive exhibition to date and features intimate portraits and preparatory sketches alongside large-scale paintings. Throughout the show, her muses – typically viewed on the side-lines by society – take centre-stage. There is a quiet drama to Walker’s canvases, which invite the viewer into the action. Turning her female gaze on “invisible” women, she raises questions about their undervalued and overlooked roles, not only within society, but throughout art history too.

Walker is clearly highlighting the hidden labour of women, which allows us to go about our daily lives with greater ease and comfort. The show feels particularly poignant, given our current circumstances: women’s over-representation in lower paid sectors, such as retail, hospitality and personal services, has made them particularly vulnerable in the labour markets effected by the pandemic. Many women working in these industries have been unable to work from home, resulting in a disastrous decline in their economic status.

Walker’s paintings also deliberately toy with art history, throughout which women are frequently pictured in interior settings, engaged in domestic work. Many of her works recall Johanne Vermeer’s portraits of quiet maidservants, pouring water of folding cloth, and standing in sunlight. Similarly, Walker’s models are rendered in her luminous palette of contrasting colours. In scale too, she elevates women workers to the status of heroic sitters, as if valuing their work and stories.

“Some of these paintings are on a scale that would have been reserved, historically, for grand subject matter. But this happens all around us every day, there are hundreds of thousands of women doing this stuff, and it has to be done. Why shouldn’t it be looked at?” – Caroline Walker

The cinematic, atmospheric quality to Walker’s paintings also recalls the canvases of American realist artist, Edward Hopper. Bu, instead of setting her scenes in bars or diners, Walker focuses on the traditional spaces of femininity, including nail salons and hairdressers. She also features women at work in traditionally male-dominated industries, such as science and tailoring.

“The paintings aren’t just about documenting the unseen but also about trying to give voice and agency to those women. In some ways, it’s actually become more of a celebration of this work that we all recognise much more now, this unseen women’s work” – Caroline Walker

Closer to home, Walker has also taken her own mother, Janet, as the muse for many of her paintings, which have a more informal quality. As the artist has explained, her mother became another model quite naturally:

“When I was working on paintings of women working as housekeeping staff in hotels, I was talking to my mum a lot because she never seems to stop cleaning. My granny was a cleaner, and her mum was a cleaner as well. My mum has never cleaned anyone else’s house, but she is always cleaning her own. I was making paintings of women at work, and my mum was at work too. Although women’s lives have changed a lot, they are still doing this hidden, domestic work. I had a moment where I thought: I’ve been looking everywhere else, but there’s something interesting right here.”

Walker’s paintings of her mother highlight the undervalued and unpaid domestic work of women, which still sustains many families. According to the UN, women carry out at least two and a half times more unpaid household and care work than men. In fact, this labour is hidden behind many of art history’s masterpieces, as the practical help and emotional support of women have frequently allowed male artists to progress their own careers. Behind Hopper’s acclaimed art is his muse and wife, Jo Hopper, who was initially the more successful artist but spent much of her energy championing her husband. You can read more about her story here.

Walker’s paintings crucially demand that the viewer pay attention to those women whose role and input, across private and professional areas of life, has historically been overlooked. “There’s all this stuff happening around us,” she says. “If we open our eyes, we can see a lot – not just about those people’s lives, but about the way we all live.” Walker frequently plays with the device of windows, mirrors and doorways, asking viewers to consider their own role in choosing to look, or look away, from the realities in front of them.

Where the superb show at MAC excels is in the inclusion of Walker’s muses’ own narratives. The centre has worked with journalist Maria Margaronis to produce a series of personal interviews with some of the women featured in Caroline Walker’s paintings. The interviews document the women’s experiences and the journeys that have led them to roles they now undertake. For instance, Ana Maria, one of the figures in ‘Three Maids’ talks about the demands of her underpaid job, cleaning the hotel rooms of wealthy women who ignore her ‘hello’.

This emphasis on telling such stories, from the inside, echoes Walker’s own way of working – her narrative paintings may give clues about the women in the frame, but they never dictate how we should see them. “I never want anything I make to be too prescriptive about what someone should think. They are observations on what is a complex subject with lots of potential readings”, she has said.

What Walker’s portraits do is reflect real-life female experience from everyday life, which she has described as an “endless subject”. The act of ‘looking’ is paramount to her practice, peering from the outside into interior worlds of action and purpose. Walker draws the viewer into her paintings, which are always more complex than they might at first appear, much like the muses she chooses to portray. Are her women empowered or subjugated? Walker’s narratives don’t answer such questions – it isn’t for her to say – but she does importantly shine a light on the unseen labour of women, in seductive painterly style.

Sun Sep 26 , 2021
This weekend, I went to check out Birmingham’s newest gallery, Lux Gallery. A 15-minute walk from Birmingham city centre, this independent gallery has opened in […] 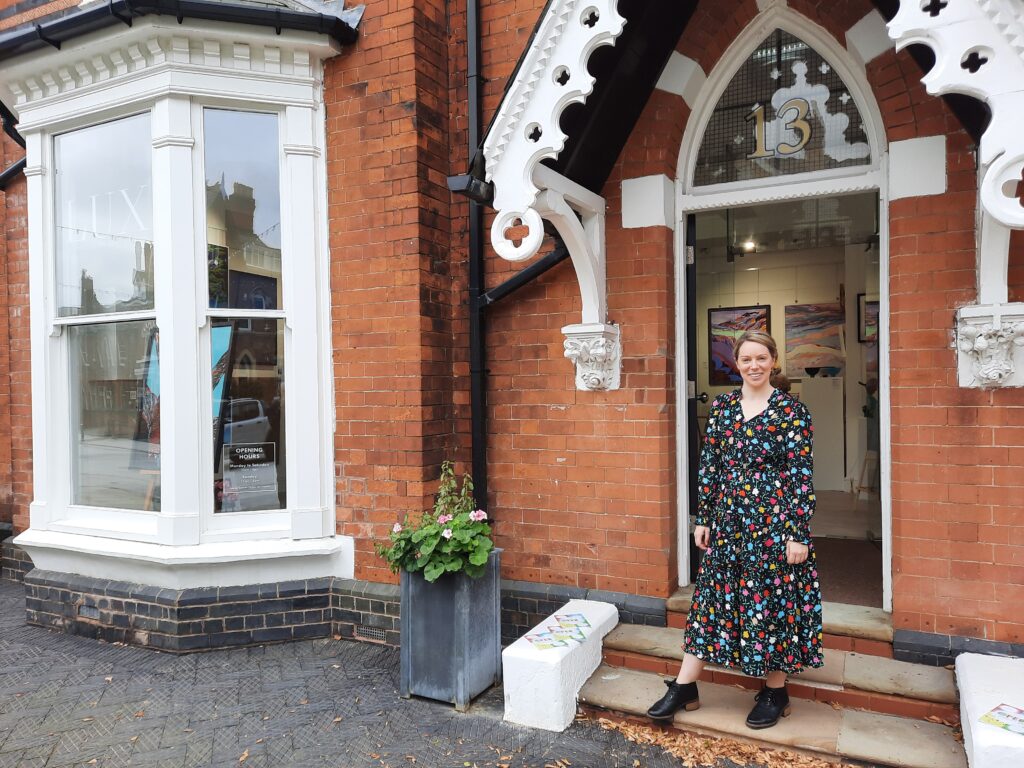