In recent years contemporary artists have been appropriating and re-inventing traditional fairy tales. They use the narrative framework to investigate personal, social, and cultural issues. Fairy stories, you see, as much as we like to think of them as belonging in the nursery, were originally intended for adults, as tales with a moral lesson. And a growing number of artists have begun to address their adult themes and life lessons: coming of age; power struggles; overcoming adversity; journeys; marriage; identity; gender.

Paula Rego paints a world of dark fairy tales where the stories are exploited for psycho-sexual intrigue and taboo, and where magical realism rules. She re-imagines characters such as Snow White and Little Red Riding Hood in ambiguous, rebellious and sexual terms. In her masterfully painted tableaux nothing is certain except the witchy powers of feminism, and the underlying notion that nothing is as it seems.

“It’s all about family. Good and bad, it all happens in the family” – Paula Rego.

Paul Biddle
Fine art photographer Paul Biddle creates playful images which are defined by illogical combinations and absurd scenes. He stages found objects before photographing them in his studio. His most recent work features mythologised, metamorphosed figures and storybook characters. A woman, in a flowing lace gown, has a butterfly head, and jet black ravens perch beside bright red apples. There is a classic fairy tale feel to these tableaux, whilst narratives are left open for interpretation.

“I am at my happiest when making an image, the moment it begins to work, the objects within the picture start to breathe and communicate with each other – it is their interaction within the mind of the viewer that makes the picture possible” – Paul Biddle.

David Hockney is best known for his large landscape paintings. However, having always loved Grimm’s Fairy Tales (he has read all 220 of them), he has made his own illustrations of stories including Old Rinkrank, Rumplestilzchen and Rapunzel. His etchings exploit the fairy tales’ focus on human emotions, the supernatural and psychological dramas. They show Hockney, primarily, as a storyteller.

“They’re fascinating little stories, told in simple, direct language and style; it was this simplicity that attracted me” – David Hockney.

Kiki Smith is a multidisciplinary artist who re-tells fairy tales through drawing, sculpture, printmaking, textiles, and photography. She uses the traditional stories to engage with a range of themes that relate to the human condition and focus on famous female characters. She draws upon themes of death, sexuality, and vulnerability and refashions typical representations of women in myth and literature. For example, in her re-imagined Little Red Riding Hood, the girl unveils her hood to show her transformed face of a wolf.

“One hopes that each piece contains enough space for several narratives” – Kiki Smith.

Tim Walker’s fashion photography is instantly recognisable for his fascination with fairy tales. With stunning sets and lavish locations, he juxtaposes the everyday with the absurd. In fairy tale fashion, he creates modern day romances filled with mermaids, muses and magic. You can find his work in Vogue, for which he has shot pretty much everyone, from Kate Moss to Tilda Swinton.

“I was never interested in fashion when I started out. I was interested in people. Fashion photography allowed me to explore dreams and fantasy, and that’s what I love about it” – Tim Walker.

Cindy Sherman famously masquerades as a myriad of female characters in her self-portrait photography. Inventing personas and tableaus, she examines the construction of identity, the nature of representation, and the artifice of photography. Assuming archetypal characters from fairytales and movies — a femme fatale or a mermaid or a working girl —she evokes the ways that narratives often have the tendency to objectify, stereotype and simplify women.

“I like making images that from a distance seem kind of seductive, colourful, luscious and engaging, and then you realize what you’re looking at is something totally opposite. It seems boring to me to pursue the typical idea of beauty, because that is the easiest and the most obvious way to see the world. It’s more challenging to look at the other side” – Cindy Sherman.

Turner-prize winning artist Grayson Perry is known for ceramic vases, tapestries and, of course, cross-dressing. But did you know he has designed a fairy tale house? His Hansel-and-Gretel grotto, designed through a collaboration with architects firm FAT, is an astonishing sight. ‘A House for Essex’ is covered in 2,000 glossy, green-and-white ceramic tiles, with a series of golden, copper-alloy roofs descending in size along the building. Four sculptures stand on top, above several curved dormer windows.

And best of all? You can book a weekend away in this giant gingerbread house here.

Sun Jul 8 , 2018
I’ve been to Birmingham’s Jailbird twice in two weeks: it must be a good sign. Opened just a few weeks ago, it presents itself as […] 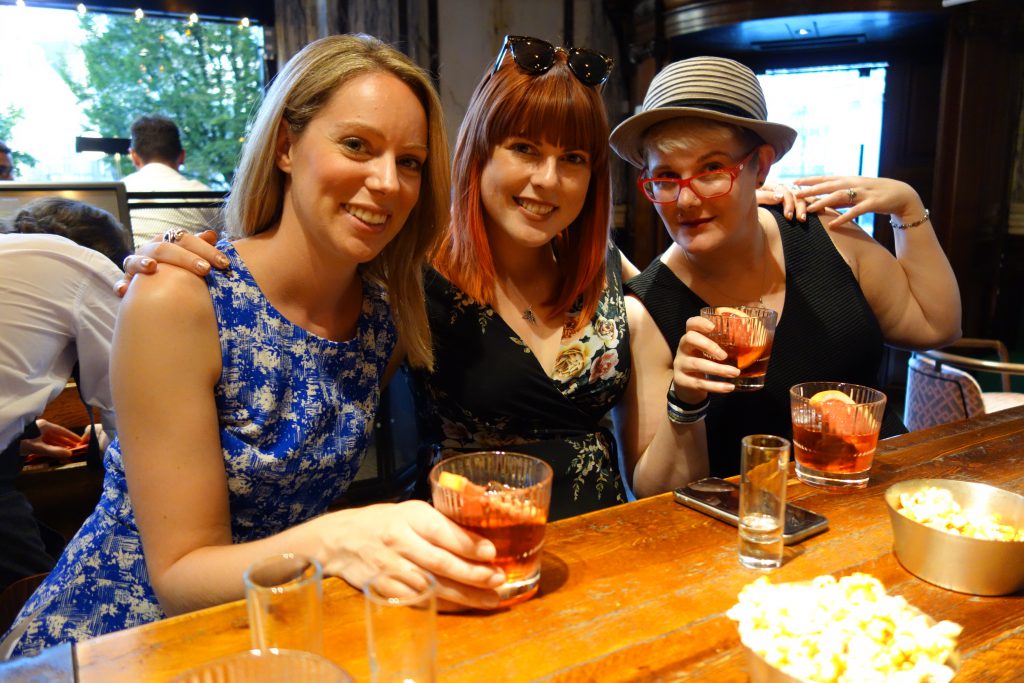