The paintings included in this collection show Panter paying homage to ‘Americana’. Alongside his career as a professional artist, Horace Panter is the bassist for the iconic British band, The Specials.  During the band’s many tours, Horace has travelled across America and taken the opportunity to spend time in some of the USA’s finest art galleries, immersing himself in American art. The intense colours, graphic outlines and paired-down simplicity of works such as ‘Ice’ pay homage to Pop Artists such as Andy Warhol and Roy Lichtenstein, who playfully took American popular culture as their subject matter.

“I am interested in icons, not just religious works but also contemporary icons. I also like the way the Pop movement of the 60s took subjects from consumer products and people – soup cans, comic books, film stars – and elevated them through art, just like in traditional iconography” – Horace Panter.

Much like the Pop Art pioneer Robert Rauschenberg, he elevates the status of everyday American culture into the ‘high’ art form of painting. There is a playfulness to store signs, such as ‘Hardware Hank’, with its recognisable red lettering and friendly-faced mascot or the dancing black and white cat Felix, emblazoned with his own name. At the same time, Panter signifies that the status of such symbols as iconographic cultural symbols of America.

“Art is my ‘solo career’ if you like. Musically, as a bass player, I depend on other musicians to play, whereas, with painting, I’m on my own. I find it quite easy to switch heads and I enjoy both the mayhem of being on tour and the serenity of being alone in my art studio” – Horace Panter.

The works are also defined by their striking and evocative use of light. Panter’s use of intense colours, with smooth cobalt blue skies stretching across the horizon, evoke David Hockey’s Californian scenes. His brightly coloured and simplified buildings, drawn with dramatic angles, recall the painted bar and diner scenes by Edward Hopper, whom Panter admires. There is a clever use of geometry at play in Panter’s almost dream-like ‘American Urban’ series, which is sure to make it a sell-out show.

Born in Croydon in 1953, Horace Panter graduated with a degree in Fine Art from Coventry’s Lanchester Polytechnic in 1975. It was there that he met Jerry Dammers and together they formed The Specials, a band that went on to become one of the most defining British bands of the 1980s. He travelled the world (and its art galleries) as a musician and, from 1998-2008, was the ‘Head of Art’ in a secondary school. It was in 2008, when The Specials reformed, that he found he had the time to explore his own art practice.

Panter’s first solo exhibition was in 2009 at London’s Strand Gallery and he has since exhibited internationally, including at Mandarin Gallery (Singapore), Icon Gallery (Singapore), According to McGee (York), Artists Gallery (Aberdeen), A Month of Sundays (Sheffield), The White Room (Leamington Spa) and Reuben Colley Fine Art (Birmingham). 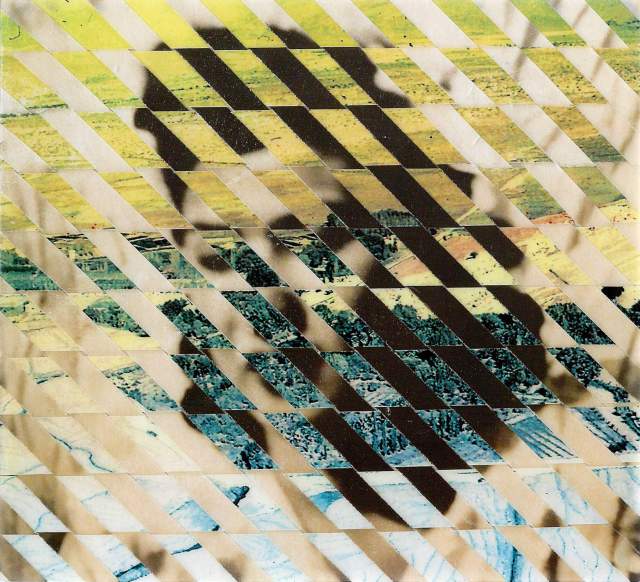