300 artworks by William Blake. Heaven or hell? I headed to Tate Britain to see their colossal retrospective and find out. Here’s my review.

Tate Britain’s current show presents the largest survey of work by William Blake (1757-1827) in the UK for a generation.

A visionary artist, in times of trouble

A visionary painter, printmaker and poet, Blake created some of the most iconic images in the history of British art and has remained an inspiration to artists, musicians, writers and performers worldwide for over two centuries.

The exhibition tells Blake’s story within his historical context. His art was a product of tumultuous times, with revolution, war and progressive politics acting as the crucible of his unique imagination.

The exhibition also provides a vivid biographical framework in which to consider Blake’s life and work. There is a focus on London. He was born in Soho and lived in the capital for most of his life. The burgeoning metropolis was a constant source of inspiration for the artist, offering an environment in which harsh realities and pure imagination were woven together.

It made me realise that he is one of the greatest graphic artists of all time. And an inventive storyteller of superheroes. His illustrative engravings appear almost as scenes from a comic book or graphic novel. Gods, monsters and heroic figures float across the page. His art is all action.

“I must create a system, or be enslaved by another man’s. I will not reason and compare: my business is to create” – William Blake.

Many of his illuminated books are on show, including his famous Songs of Innocence and of Experience (1794). Poetry and image intertwine beautifully. His utopian lands are magic.

Tate Britain also importantly highlights the vital presence of his wife, Catherine Blake. She offered both practical assistance and became an unacknowledged hand in the production of the artist’s engravings and illuminated books. The exhibition showcases a series of illustrations to Pilgrim’s Progress 1824-27 and a copy of the book The complaint, and the consolation Night Thoughts 1797, thought to be coloured by Catherine.

Despite the crazy coloured walls, this is a must-see show, full of magic and myths and escapism. Above all, it celebrates CREATIVITY.

Don’t forget the shop afterwards, where you can pick up this beautiful edition of Songs of Innocence and Experience.

Wed Nov 6 , 2019
Birmingham’s Frankfurt Christmas Market is here. Yes, already. But Birmingham’s best Christmas events of 2019 are happening away from the Bratwurst stalls. You can find […] 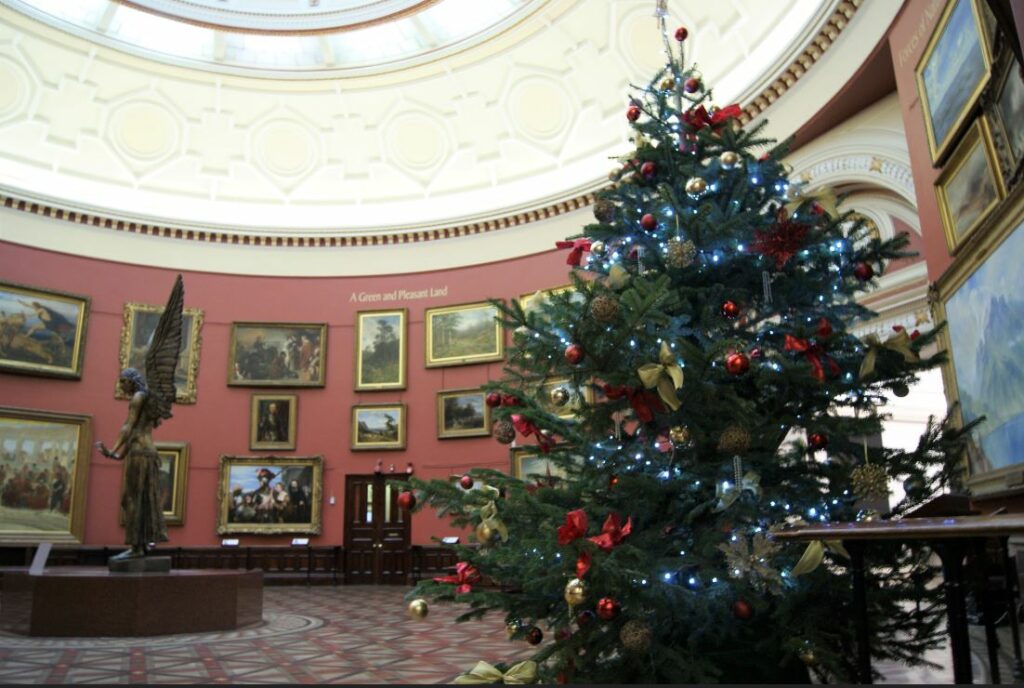