Just because museums and galleries are currently closed, this doesn’t mean that you can’t get your culture fix. So, what can you do? Yes, you could take a virtual art tour, watch a documentary or listen to another podcast. OR you could discover more unusual things to do in the Midlands. With lockdown gradually lifting, these 11 fantastic film locations may just be the free cultural excursions you’re in need of. From Narnia to Wayne Manor, it’s time for an adventure from the West Midlands into film land…

Highley Station ran for 101 years before ceasing operations in 1963, meaning that it would have been in operation during the context of the film it appears in, The Chronicles of Narnia: The Lion, the Witch and the Wardrobe. Located in Shropshire, the volunteer-ran station is a great day out for all C. S. Lewis fans, as well as lovers of Victorian architecture. During your visit, you can stand on the platform the Pevensie children stood on during their evacuation to the country. Also, the station is a few steps away from the River Severn and the Country Park, for a relaxing and picturesque day out. Great fun for the kids too!

Situated in Nottingham, you may recognise Wollaton Hall from the 2012 Batman film The Dark Knight Rises, where the building stood as Wayne Manor. However, the Hall itself is not the only interesting part of the park, with the expansive grounds allowing for a charming day out. The park is known for its red and fallow deer, which have roamed freely since the 1500s. There are also bird watching opportunities, where you can spy anything from gulls to peregrines. If animals aren’t your cup of tea, Wollaton Park also has an extensive array of glorious gardens, which include a Doric temple and a botanical garden, as well as a tranquil lake. Sounds relaxing, doesn’t it?

If you’re a fan of period buildings in modern settings, Burghley House in Lincolnshire is the place for you! As well as featuring in period settings such as Pride and Prejudice and Middlemarch, Burghley House was also used during the filming of the 2006 film The Da Vinci Code. Although, the garden spaces surrounding Burghley House are just as dazzling as the building itself. In the gardens, you can see a mixture of family fun in the Garden of Surprises, and modern art in the Sculpture Garden. The grounds also include a dog-friendly deer park, open all year round from 8am-6pm.

As the name suggests, the Tolkien Trail in Birmingham surrounds the works of J. R. R. Tolkien, including the various films made from his works between 2001-2014. The trail includes 10 venues which can be explored all around Birmingham. You can begin at 264 Wake Green Road, where the Tolkien family moved to in 1896, and end at the Library of Birmingham. Along the way, there is also the opportunity to explore the outdoors in Birmingham, with the trail including Moseley Bog and Joy’s Wood, as well as the Shire Country Park and Cole Valley, all locations that inspired Tolkien’s imagination.  And you never know, this trail may inspire your imagination too!

This “Elizabethan Masterpiece”, as the National Trust calls it, appeared in the 2010 film Harry Potter and the Deathly Hallows Part 1, featuring as Malfoy Manor. So, if you fancy yourself a Slytherin, or just a Harry Potter fan, Hardwick Hall may just be the perfect place for you! As well as the house’s magical links, you can explore the large array of wildlife around Hardwick Hall. This can include the livestock of the tenant farmers, and also the abundance of wild garlic and bluebells growing in Lady Spencer’s wood. All the perfect ingredients for a magical day out! (Watch out for dementors though).

Haddon Hall has hosted a number of film crews in the past, from the 1987 film The Princess Bride, to the 1998 Academy Award winning film Elizabeth, starring Cate Blanchett. However, this Medieval house is not the only beautiful aspect of the surroundings. You can surround yourself in the elegant estate by embarking on the Haddon Estate Walk, allowing you to see ancient anthills as well as Longhorn cattle. A bit closer to home, within the gardens of the house, you can see the new Chelsea Award winning Garden Designer Arne Maynard’s redesigning of the Fountain and Bowling Green Terraces. This is a wonderful mix of the old and new, in a highly elegant and charming manner.

Situated in Derbyshire, Chatsworth House is the magnificent setting of Pemberley, the home of Mr. Darcy, in the 2005 rendition of Pride and Prejudice.

“Elizabeth, as they drove along, watched for the first appearance of Pemberley Woods with some perturbation; and when at length they turned in at the lodge, her spirits were in a high flutter.” – Pride and Prejudice by Jane Austen

As well as seeing the breath-taking house, along with its astonishing gardens, you can also visit the park’s picnic shop and the estate farm shop, mixing culture with delicious local cuisine. And to top it all off, Chatsworth is very welcoming of well-behaved dogs kept on leads, and even have pre-prepared dog walks encompassing the local area. Fancy a dip into the world of Jane Austen? Chatsworth House may just be the perfect place.

If you are a fan of musicals, you may recognise Boughton House from the 2012 film rendition of Les Miserables. Located in Northamptonshire, the house stood as the home of main character Marius, however it also garners fame from its beautiful gardens. The gardens combine history with modernity, with its Rose Garden and ancient Lily Pond acting as a contrast with the new 21st Century Garden. Spreading wider into the Boughton Estate, you can also see the local farmland brimming with sheep and cows, as well as the ancient woodlands which acts as the home for local wildlife. You can even buy yourself some local timber!

If you’re all cultured-out, and would instead prefer a nice scenic walk, then this 1.5-mile walk may just be the thing for you. Wander the hills where the 2010 film Robin Hood was filmed, and pretend to be one of the Merry Men! Along the walk, you will encounter the popular stepping stones at Dovedale, stunning views of Ilam Hall, all whilst basking in wonderous greenery. This is a short walk, allowing your adventurous side to shine through, and can be topped off with a picnic by the Dove. Who said you had to go to the Lake District for a walking day out, when this is on your doorstep?

North Lees Hall is probably most famous for its associations with Charlotte Bronte, with it being the possible inspiration behind Thornfield Hall in Jane Eyre. Although, from a film perspective, North Lees Hall is also one of the filming locations for the period film The Other Boleyn Girl. This unusual house is wonderful, as it unites a number of different periods of history, with its Tower House dating from 1594, and its East Wing incorporating 17th century elements. Also, if you’re lucky, you may just see a few sheep around! What more could you want?

This 19th century church, located in Derbyshire, was the replacement for an earlier building, about which little is known. However, what is known about St Barnabas, is that it was used in the film Bridget Jones’ Diary (it’s okay if you didn’t recognise it without the snow!). The church itself is set in a marvellous location, gazing out at the Cotswold Hills, as well as within a lovely village. It is also located very close to the National Trust’s Snowshill Manor, which is worth a visit also (however there is sadly no connection between the manor and Bridget Jones’ Diary).

As we all spend more time exploring our local areas, I hope you enjoy these unusual, film-fantastic days out from the West Midlands.

This blog post was written by Elle Anderton. Elle is a Classics and Art History student at Durham University, with special interest in art from the Classical to Romantic period. You can find her blogging at Ellesthetics. 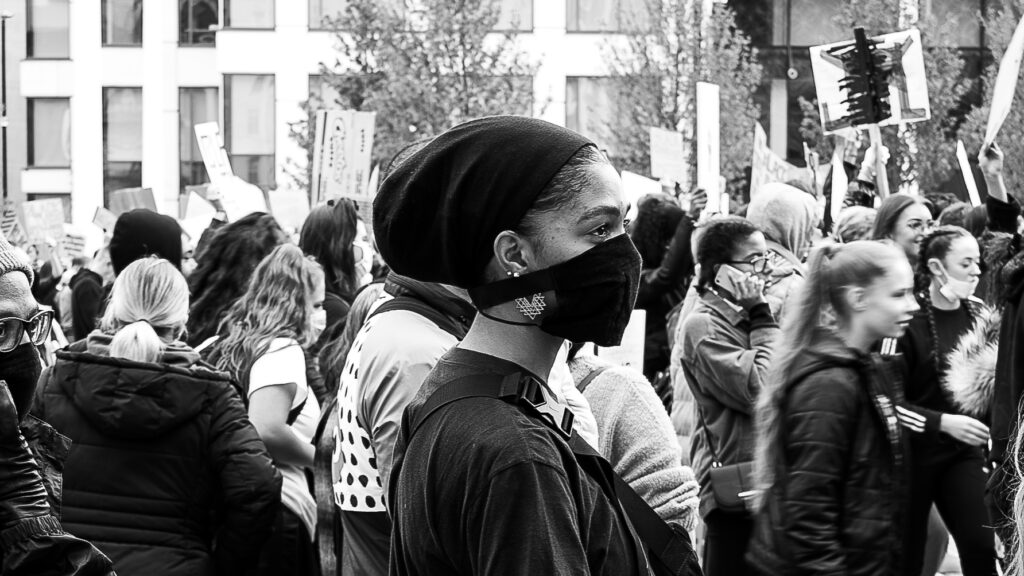