In 1997 The Full Monty arrived in British cinemas, and we fell in love with those 6 unemployed Northerners taking their kit off. In 2013, based on his original screenplay for the film, Simon Beaufoy adapted it for the stage. Since opening at the Lyceum Theatre in Sheffield, it’s been receiving standing ovations EVERY night. So, my hopes were high for this bunch of Magic Mikes misfits. Here’s my review of The Full Monty musical on tour 2018/19, and currently on show at Birmingham Hippodrome. 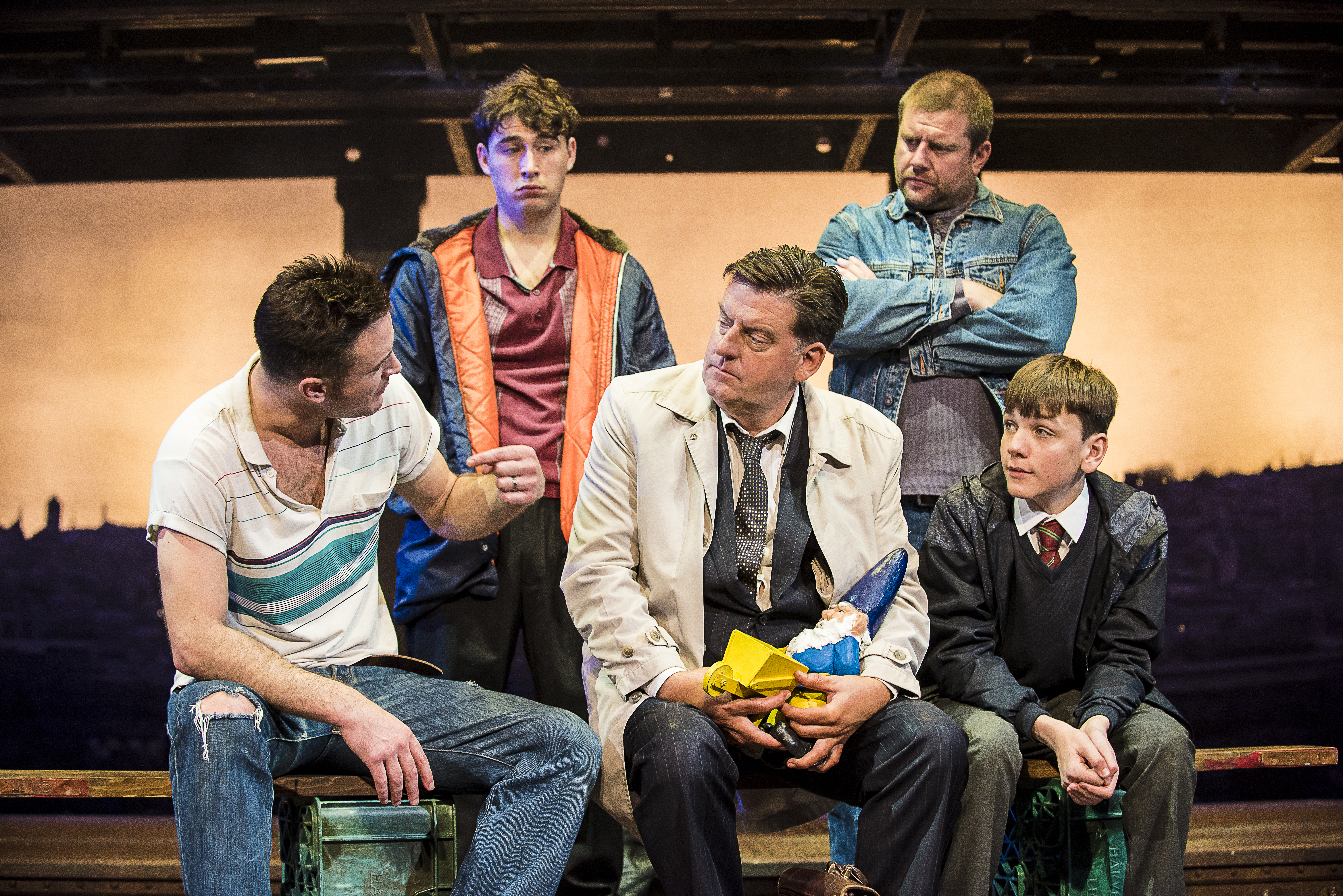 Sheffield steelworks with an uplifting soundtrack

The staging of this production was excellent. Setting the scene immediately, the show opens inside an abandoned Sheffield steelworks with crates, oil drums and dodgy electrics. Throughout the show, clever lighting and signs transform the stage into a job centre, nightclub, Conservative club and police station. It’s hard not to be caught up in the tale of unemployment taking its toll on the men who struggle with identity, mental health and redundancy.

‘It’s that very northern humour whereby the worse things get, the better the jokes’ – Simon Beaufoy.

The staging is accompanied by an uplifting soundtrack. Great songs include hits by Donna Summer, Hot Chocolate and Tom Jones. At times, the audience began to spontaneously clap and tap along.

A play for film fans

The adapted stage script is largely faithful to the film, including comedy, poignant moments and, of course, bare bottoms. Iconic moments from the movie are included, including the cling film diet scene, sunbed tanning at home, and dancing in the dole queue. The pace really picks up in the second half, as the rehearse for their showdown. 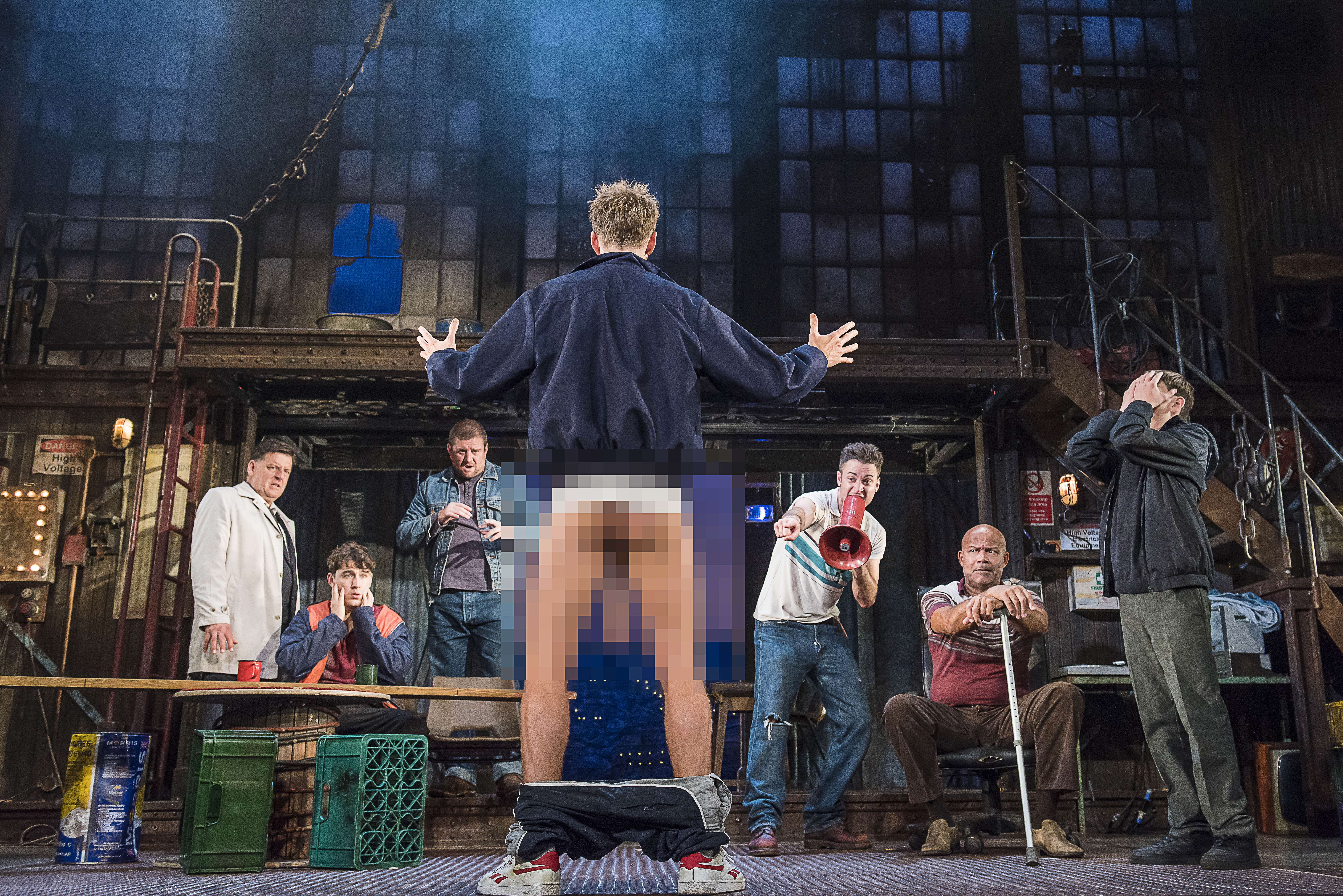 The all-star cast is led by Gary Lucy (EastEnders, The Bill, Footballers’s Wives, winner of Dancing On Ice) who has made the role of Gaz his own as a swaggering Sheffield lad.

He is joined on stage by Andrew Dunn (best known as Tony in Dinnerladies) who plays a brilliantly middle-class Gerald. His gnomes also play a starring role!

Louis Emerick (Mike Thornberry in Coronation Street) receives lots of laughs as Horse. And he can really dance.

One of the main stars of this show is Kai Owen (Rhys in Torchwood & Pete in Hollyoaks) as Dave. His dead-pan delivery alongside emotionally-strained moments with his wife capture what the original story is all about.

Young actor Fraser Kelly is also very impressive as Gaz’s son Nathan, receiving one of the biggest cheers of the night.

Overall, the chemistry and comic timing between the male cast is spot on.

The production’s female members also shed light on the other side of the well-known story, portraying the challenging journeys they face to stand by their men and how they ultimately take their hats off to them all.

Of course, what the (95% female) audience are really waiting for is the big reveal of Northern nudity. It doesn’t disappoint, and the uplifting ending receives a standing ovation.

Want to know if they go Full Monty?

You’ll have to drop everything and book to find out!

The Full Monty is on show at Birmingham Hippodrome until November 10th, before touring the UK.

How to promote your art online & get noticed 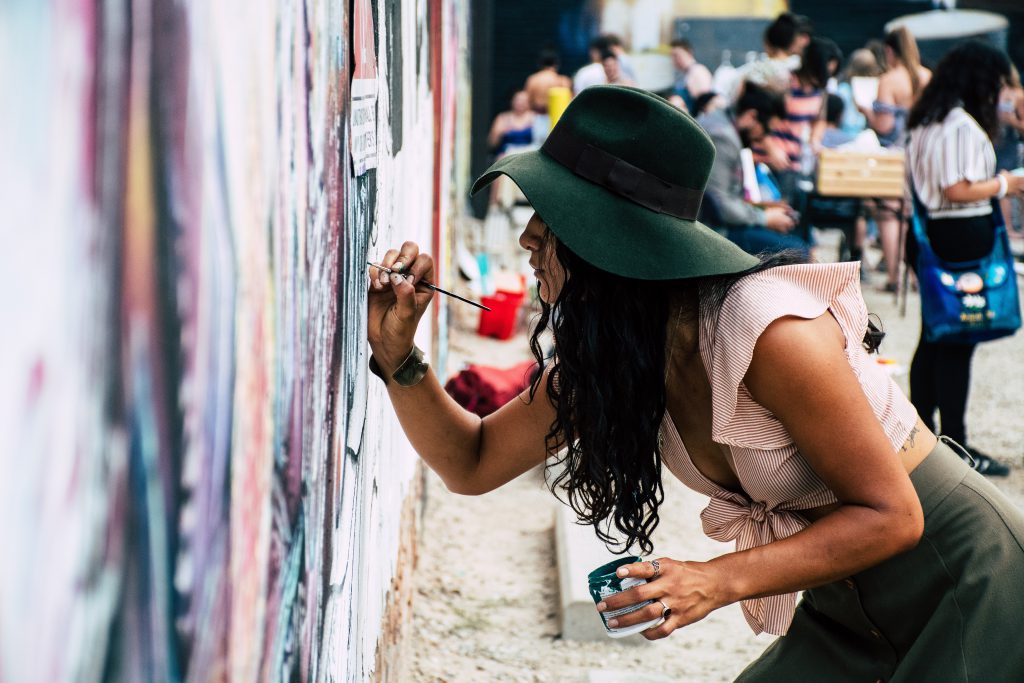