Last night I experienced one of the strongest pieces of theatre I’ve seen in a long time. Performed at Birmingham Hippodrome, in the intimate Patrick Studio, No Kids questions one of the most important decisions we can make: should we have kids, or not?

Part of Birmingham’s Shout Festival, it demonstrates the increased complexity faced by same-sex couples when making this life-changing choice.

For the past decade, Nir Paldi and George Mann have taken it in turns to devise a show for their theatre company Ad Infinitum. They are also same-sex partners in real life. This year, they have collaborated to create No Kids, a production about whether they should have children. Throughout the production, they explore and try to answer questions many of us face.

Should we have kids?

George and Nir question the pros and cons of having children, not only as a couple, but as a gay couple.

Every consideration – adoption, surrogacy, co-parenting, the environmental impact of childbirth, the fears and anxieties, how the past affects parenting and much, much more – brings with it a succession of ethical challenges.

They confront this chaos head-on.

The piece is composed of episodes. We join the couple as they reflect on their own childhoods, fantasise about the future (will their child end up at Oxford?) and project their own experiences.

It’s also not limited to discussions of homophobic attitudes towards having children e.g. does a child need a mother? Instead, the show portrays an in-depth, personal, responsible and conscious approach by a same-sex couple to this huge decision. And they present it, not so much as a choice, but an evolving conversation between two people.

The chemistry between the two actors is superb, as you would expect. They embrace, argue, dance, swap roles and master the stage. They also look like they’re having lots of fun, as do the audience.

The set is strikingly minimalist. Set in front of a few tables and racks of clothes arranged in rainbow colours, the actors demand focus on the human drama.

At times, the sound of a baby crying invades their space.

At others, Madonna songs create a soundtrack for some sexy routines.

Energetic, funny, moving and thought-provoking, it does justice to the complex decision and debate: should we have kids, or not?

Thu Nov 15 , 2018
Verdi’s La traviata is the most popular and most performed opera in the world. It’s also an opera which I hadn’t seen before last night. […] 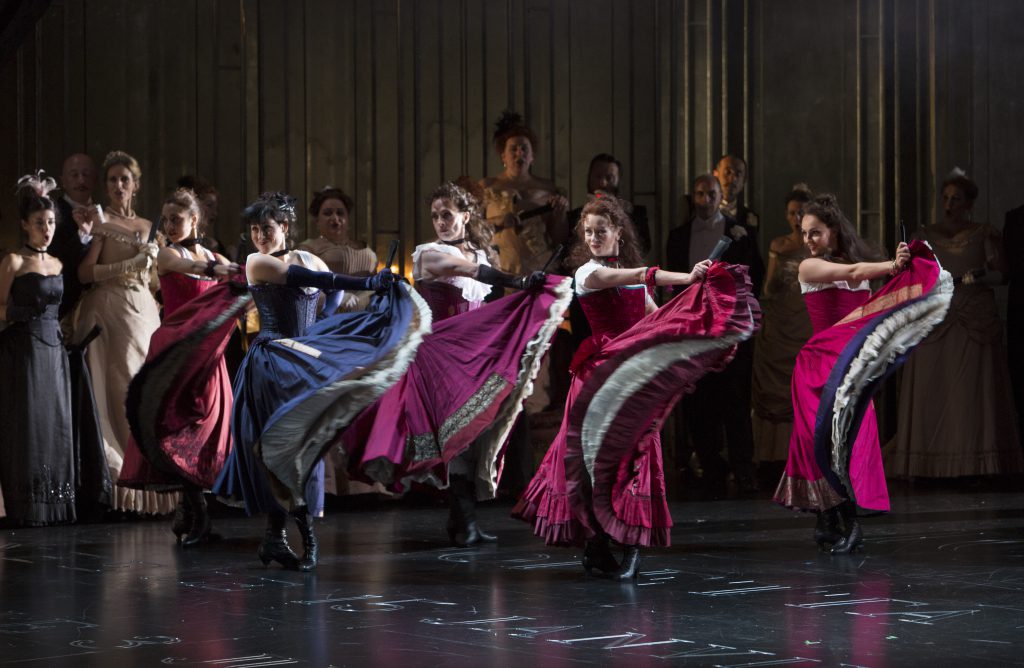