Since winning the 2016 Olivier Award for Best New Musical, Kinky Boots has won every major Best Musical award. So, I had pretty high hopes for the show strutting its way around the UK, and currently playing at Wolverhampton Grand until 27 October 2018. What did I want from my evening? Feel-good escapism, cross-dressing and fetish footwear. What did I get? Just that, with so much sass.

From factory floor to catwalk

This musical began life as a film. It’s based on Kinky Boots (2005) written by Geoff Deane and Tim Firth, which was inspired by true events. It follows the story of Charlie Price, who has inherited a shoe factory. He is struggling to live up to his father’s expectations and continue the family business. However, help arrives in the form of drag queen Lola, who needs some new stilettos. Together, they produce a line of high-heeled boots and save the business. In the process, Charlie and Lola discover that they are not so different after all.

With words and lyrics by Cyndi Lauper, the show has an upbeat score. Ranging from pop to funk to new wave, there’s a live band playing high energy tunes. Lauper joked about the difficulty of writing her first score: “How much of a stretch is it for me to write songs about fashion, funny relationships, people changing their minds and shoes?”.

But what the show is really about is being who YOU are, not what others want you to be. Amongst the big show tunes, there are poignant songs, including ‘Not My Father’s Son’, a touching duet between Charlie and Lola. Kinky Boots drives home the message that you’ve got to find your own way and accept others for finding theirs. This production brings out the parallels between Charlie and Lola, both victim to parental expectations.

Last night’s show was owned by Lola. I saw the part played by Kayi Ushe (stepping into the sexy boots of Callum Francis, who will usually play the lead). He delivered brilliant tongue-in-cheek one-liners with charisma. A favourite was his dismissal of recreational transvestites as people “who look like Winston Churchill in their mum’s knickers”. Strutting around the stage with sass, his comic timing and withering looks also came with softer moments, beautifully acted and sung.

Highlights of the show came when Lola (singing up a storm) was joined by a chorus line of incredibly toned drag queens (those legs). From parading down moving conveyor belts in the factory to their final catwalk stomp, it’s the Angels – and their incredible costumes – who make this touching musical memorable at Wolverhampton Grand.

I left feeling uplifted, and that we all need a little more Lola in our lives.

Why can’t we all just be ourselves, but in better boots?

I was joined at Kinky Boots by arts student Lorna Darknell as part of my Press Plus Scheme (which offers free Press night tickets to young people interested in the arts and theatre).

Mon Oct 22 , 2018
Ruth Chambers is the latest artist who I’m excited to add to my contemporary art collection. She transforms opened envelopes – sent to her, found, […] 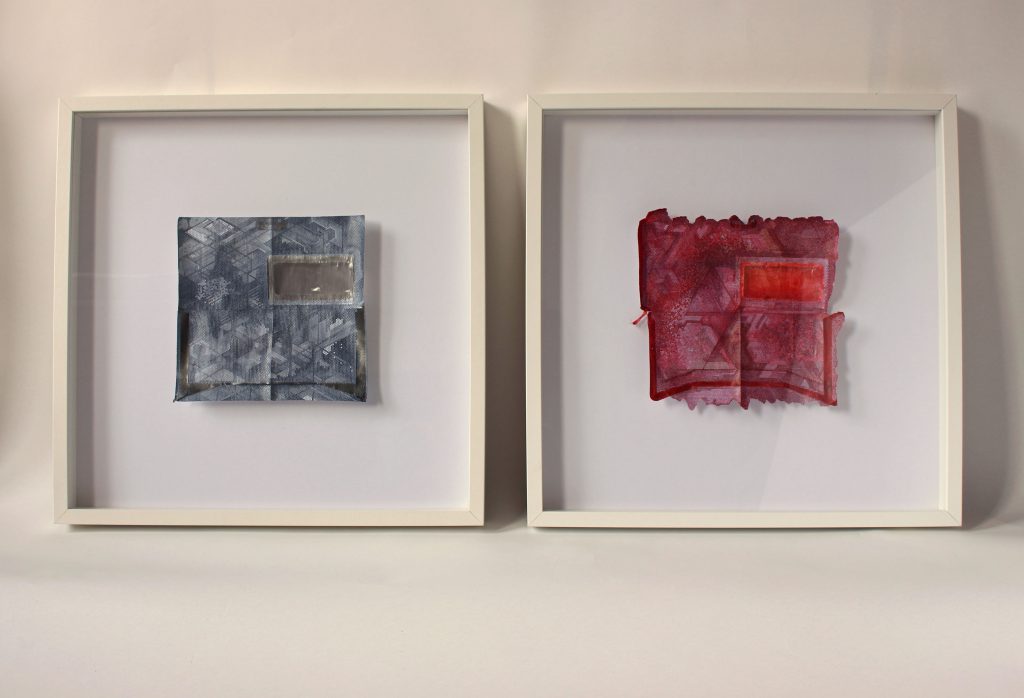