After such a long heatwave, the last month has been pretty dreary here in Birmingham. Just when I thought the weather was going to really dampen my spirits, I went to see Jersey Boys at the Wolverhampton Grand Theatre – and what a way to brighten up this grey spell! The multi-award-winning musical Jersey Boys (at Wolverhampton until 8th September) swept me back to the wonderful doo-wop world of Frankie Valli and the Four Seasons.

The story of Frankie Valli and the Four Seasons

The Four Seasons are an American rock and pop band that became internationally successful in the 1960s and 1970s. Coming from ‘the wrong side of New Jersey’, the four boys became a hit band, famous for hits such as Oh What a Night, Working My Way Back To You and I’ve Got You Under My Skin.

During the short time they were together, the Four Seasons sold over 175 million records, managing to survive the influx of British bands – think The Beatles and The Stones – that dominated the American charts.

They were a totally unique entity on the music scene. Their unmistakable sound, with Motown as a key inspiration and Valli’s incredible falsetto vocals, paired with a suave appearance that harked back to the 50s, placed them at odds with the prevailing rock ‘n’ roll scene. And yet, balanced out by the boys’ rough-and-ready background, they attracted an unshakable and wide-ranging fan base that managed to bridge the gap between the ‘rebellious’ teenagers and their parents’ generation.

The show opens in the backstreets of New Jersey. Tommy Devito (played by Simon Bailey) hatches a plan to escape the repetitive cycle of scrapes with the law he and his friends are stuck in: so they form a band. He recognises the star potential of a young Frankie Valli (James Alexander Gibbs) as a singer, and together Devito and Nick Massi (Lewis Griffiths) train him up to lead the vocals with his jaw-dropping range. The only missing piece is a hit song, so when Bob Gaudio (Declan Egan) comes along with his consistently brilliant and catchy pop tunes, the iconic quartet is created.

The cast’s gritty portrayal of the four boys’ troubled past delivered a whole new meaning to the polished image and sugary-sweet sound, which was previously my main association with the Four Seasons, and made it clear why they appealed so much to the working class guys and gals of the time. Bailey’s performance as Devito particularly brought to life the swagger and streetwise attitude that reconciled the candy-man performances.

The soundtrack was undoubtedly centre-stage, and rightly so: consistent applause met every single song, not to mention standing ovations even before the interval. The chiming harmonies seemed effortless, and were accompanied by a fantastic rendition of the iconic dance moves that made it hard to stay in my seat.

I did suspect there would be a few hits I could sing along to, but I was pleasantly surprised to discover knew far more than that! The very few I didn’t were confidently sung by the Wolverhampton audience, and I now feel like it’s a good time to brush up on my Four Seasons repertoire.

Gibbs’ rendering of the unmistakable falsetto was spot on, and his softer vocals in tracks such as My Eyes Adored You sung with Valli’s first wife Mary (Tara Young) showed another side to his impressive voice that was really mesmerising. Jersey Boys took me on a whirlwind of highs and lows, laughs, heartache and grief, and sent me home singing.

Oh What A Night!

Lorna is about to enter her final year of a Liberal Arts and Sciences degree, majoring in English Literature, at the University of Birmingham. She has just returned from a year spent studying abroad in Melbourne, and is currently organising Book to the Future, the University’s annual Literary Festival. She loves discovering exciting new events around the city, going to all kinds of festival and enjoying music (especially the good old stuff).

Other upcoming musicals coming soon to Wolverhampton include Kinky Boots, Top Hat and The Full Monty! You can find full details/tickets here.

Mon Sep 3 , 2018
As an art historian, I gravitate towards books, and especially novels, about art and artists. From romantic, comedic tales and historical fiction to psychological thrillers […] 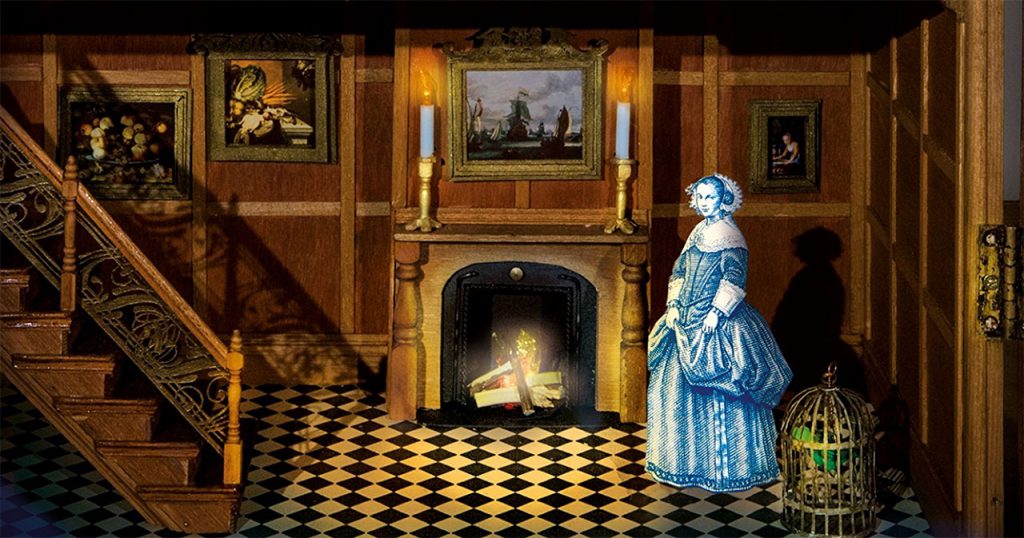