I made a mistake last week. It left me questioning whether we need consent for the photos which we take while travelling abroad.

I was in Istanbul, a city where East meets West. It’s a magical metropolis: half of the city lies in Europe, half belongs to Asia. The two continents are separated by the Bosphorus strait, a long waterway that connects the Black Sea with the Sea of Marmara.

On my first day I set out to explore this unique city. Standing outside the steps of an ornate, Ottoman mosque, I saw three Muslim women sat together on a red carpeted floor. They were wearing headscarves and removing their shoes before entering the sacred space.

I raised my camera to take a photograph.

One of the women looked up, saw what I was doing, and raised her hand: no.

No. I shook my head at myself, embarrassed. I hadn’t asked for approval.

I was guilty of objectifying these women and invading their privacy. Intrigued by their otherness, I was about to fetishise them with my camera.

I waved an apology and stepped away, hurriedly.

I am certainly not the first white, Western person guilty of eroticising Asia.

Look around you on holiday. You can spot the power pose of Westerners taking photos of people without their permission.

This power imbalance is evident throughout art history, too. In fact art history has a lot to answer for…

A prime example is Jean-Léon Gérôme’s famous painting ‘The Snake Charmer’ from 1880. A nude snake charmer is wrapped in a giant snake. The youth stands on a Turkish carpet. The entire scene is permeated by sexy blue light reflected off a tiled wall. He has painted it in a realist style, implying this is the usual, everyday in the East.

Similarly, ‘The Turkish Bath’ by Ingres shows a group of women bathing painted in an eroticised, voyeuristic style.

The problem with Orientalist paintings, such as these, is that they depict an “exotic”, racialised and often sexualized culture from a distant land. They create unhelpful and unfair stereotypes.

In his seminal book “Orientalism” the art historian Edward Said exposes orientalism as a tool to exoticise the Arab population and construct them as the Other in order to justify colonial ambitions.

“The Orient that appears in Orientalism, then, is a system of representations framed by a whole set of forces that brought the Orient into Western learning, Western consciousness, and later, Western empire. […] The Orient is the stage on which the whole East is confined. On this stage will appear the figures whose role it is to represent the larger whole from which they emanate. The Orient then seems to be, not an unlimited extension beyond the familiar European world, but rather a closed field, a theatrical stage affixed to Europe” – Edward Said.

Surprisingly, the invention of photography in 1839 did little to contribute to a greater authenticity of representations of the “Orient” by artists and travellers. Instead, photographs were frequently staged and embellished to appeal to the Western imagination.

For example, the French Bonfils family, in studio photographs, situated sitters in poses with handheld props against elaborate backdrops to create a fictitious world of the photographer’s making.

Has anything changed today?

Today, Westerners are guilty of taking photographs of people – usually in developing countries – as if its our right. We bring them home as souvenirs. We show them off on social media. We often don’t consider consent when we take photos during travel abroad. Where’s the permission or approval from our subjects?

The problem with Western photography prizes

John Edwin Mason, a professor of African history and the history of photography with an expertise in the legacy of Gordon Parks, took to Twitter to express the ways the prize, and the demographics of its winners, speak to photography’s greater shortcomings.

“So, let me get this straight … ” he wrote. “All four prize winners in this year’s Taylor Wessing competition are portraits of black or brown people made by white photographers. That’s fucked up.”

Mason spoke out about past Taylor Wessing winners. He argued that they “cast [Black and brown people] as passive receptors of the white gaze — objects of fascination, curiosity, or concern. They don’t take white viewers out of their comfort zones. They neither ask nor demand that viewers see black and brown people in new ways. They don’t encourage or require viewers to think anew.”

However, there are contemporary artists challenging these traditional power structures – and galleries are taking note.

Here are 3 artists who call out racism in art history by re-positioning black bodies.

Kara Walker has realised fame for her wall-sized cut paper silhouettes. At first, the figures in period costume seem to hearken back to an earlier, simpler time. That is, until we notice the horrifying content: nightmarish vignettes illustrating the history of the American South. Drawing from sources ranging from slave testimonials to historical novels, Kara Walker’s work features mammies, pickaninnies, sambos and other brutal stereotypes in a host of situations that are frequently violent and sexual in nature.

Within photography, Birmingham graduate Nyima Jarju is focused on celebrating the Afrocentric features of her models, with the purpose of showing her audience the beauty in dark skin.

“My photography explores the idea of attributing beauty to race and how it has set our society’s beauty standards, and how it leads to people who are of darker skin tones being underrepresented. My work explores the lack of diversity and representation of black culture in the media, and the effects that it has on colourism.

I want my audience to look at my images and to see the beauty in dark skin. So I have shot my models in a way which emphasises the colour of their skin, making it the focal point of each photograph.

My photographs are statements and declarations of cultural pride and identity. Through my work, I aspire to combat colourism and have a positive impact on our society, by trying to change the standards of beauty” – Nyima Jarju.

Ballet | The Nutcracker: an opulent fairytale by Birmingham Royal Ballet

Thu Nov 21 , 2019
Birmingham Royal Ballet’s Nutcracker is like an opulent John Lewis advert, brought to life on stage. Clara’s magical journey takes her from a warm, Christmas party with […] 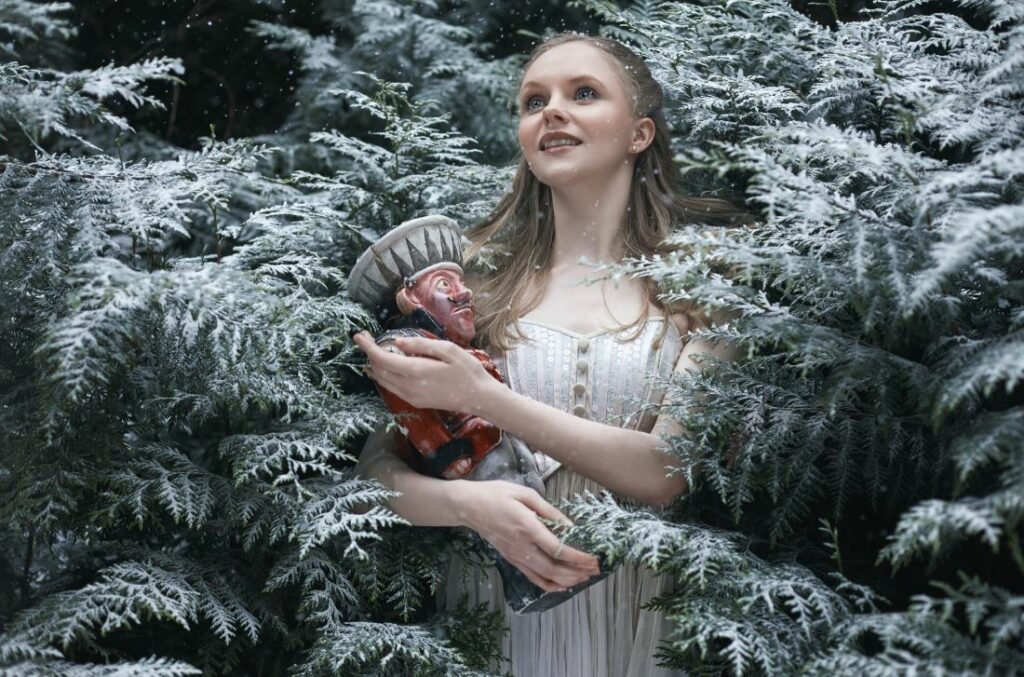