If you go down to London today, you’re sure of a big surprise: Louise Bourgeois (1911-2010) the art world’s Spider Woman, has a spellbinding show at the Hayward Gallery.

“When I was growing up, all the women in my house were using needles. I’ve always had a fascination with the needle, the magic power of the needle. The needle is used to repair damage. It’s a claim to forgiveness. It is never aggressive, it’s not a pin” — Louise Bourgeois.

Louise Bourgeois: The Woven Child is the first major retrospective of this legendary French-American artist to focus exclusively on the works that she made with fabrics and textiles during the final few decades of her career.

The earliest sculpture included in the show is ‘In Respite’ (1992). It’s one of Bourgeois’ first works to incorporate bobbins or spools of thread, which are clustered at different heights on a tall metal armature. This compelling structure – pricked by threaded needles – presents sewing as a powerful act of expression, resistance or even revenge. She’s undoubtedly turning the stereotypically feminine, domestic crafts on their head.

This entire show is a subversive celebration of ferocious femininity, in which pretty silk nightdresses dangle from bones and breasts are stitched-together-berets. It’s like stepping into a dark, enchanted fairy tale world which is full of scary surprises. In Disneyland, we are definitely not. It brings to mind the psychologically charged pictures of Paula Rego, currently on show at the Arnolfini. Women really do make the best storytellers, don’t they?

Bourgeois is, of course, most famous for her spiders. If you’re expecting to see one of these 8-legged beasts, you won’t be disappointed. A giant steel spider stands over a chair, stationed within a cell, whose walls are partially covered with fragments of tapestry. This imposing creature is once again about creativity and femininity, as well as the artist’s personal family history.

“The Spider is an Ode to my mother. She was my best friend. Like a spider, my mother was a weaver. My family was in the business of tapestry restoration, and my mother was in charge of the workshop. Like spiders, my mother was very clever. Spiders are friendly presences that eat mosquitos. We know that mosquitos spread diseases and are therefore unwanted. So, spiders are helpful and protective, just like my mother” – Louise Bourgeois.

The artist took her mother, Joséphine Fauriaux, as her most important muse. A gifted student, she used to help out in the family’s workshop by drawing missing body parts, particularly feet, in the scenes depicted on the tapestries. During this time, her father had an affair with Sadie Gordon Richmond, the English tutor who lived in the family house. This deeply troubling —and ultimately defining—betrayal remained a vivid memory for Bourgeois for the rest of her life. How did she deal with it? Bourgeois turned to art as a form of therapy.

For me, the highlight of the show is ‘Lady in Waiting’ (2003). Constructed from reclaimed wooden doors and windows, a claustrophobic room encloses a solitary spider woman with steel legs and a body made of tapestry, seated on an armchair. Five threads extend from her mouth to connect with the spools resting on the windowsill above her. This haunting figure encapsulates both Bourgeois and her mother. It’s as if here, in this creaky cabin, are locked the artist’s memories of her childhood, which she must process and expel through the act of creating, over and over again, just like the spider. If you break its web, the spider will simply start another. The same goes for Bourgeois, whose late works are some of her very best.

Louise Bourgeois: The Woven Child is a spellbinding show filled with fear, anger, frustration and escape. It also proves this artist was a fearless storyteller whose work, like all great fairy tales, endures.

Louise Bourgeois: The Woven Child is at The Hayward Gallery, London, to 15 May 2022

Fri Feb 11 , 2022
Introducing a curated list of the most diverse and inspirational women speakers… A couple of years ago I attended an event on International Women’s Day; […] 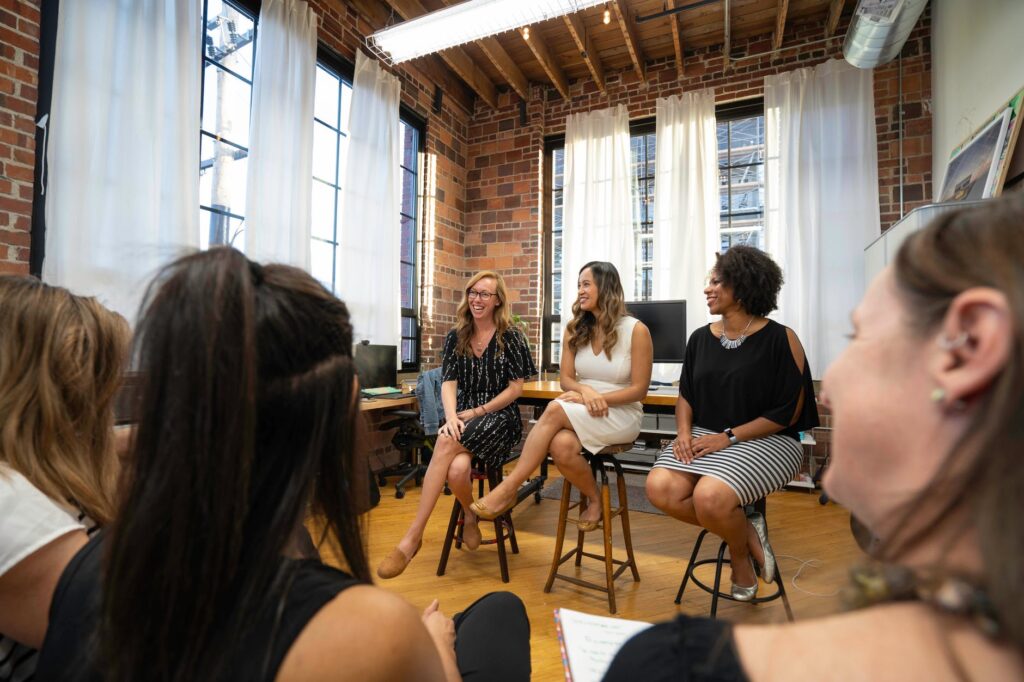