Yesterday I read an article titled ‘Tributes to Diego Maradona show how easily violence against women is ignored’. In it, Joan Smith points out that one of the world’s most admired footballers, the late Diego Maradona, was credibly accused of domestic violence. I had no idea. I bet most people didn’t. And that’s because abuse is routinely overlooked or rendered invisible if the alleged perpetrator is an elite sportsman, famous actor or great artist. It raises an important question: can we separate the art from the artist?

First off, let’s take a look at some of these male artists, considered great, and their behaviour which has been hidden by their cloak of genius.

Let’s start with Caravaggio, whose paintings I love. Characterised by dramatic, theatrical lighting, these artworks bring religious stories and biblical characters to life with exceptional power. Many of his pictures are also tense with violence, hinting at the character of the man who created them. Caravaggio was quick to anger and it’s known that he was involved in a number of violent assaults. Then, in 1606, he went a step further. After an argument over a tennis game, he stabbed and killed a well-known Roman pimp named Ranuccio Tomassoni. Brilliant painter, but not a nice man.

Probably the most philanderous artist of all time is Pablo Picasso. “Women are machines for suffering,” Picasso told his mistress Françoise Gilot in 1943, warning her further: “For me there are only two kinds of women, goddesses and doormats”. He cheated endlessly on his wives, and physically, verbally and emotionally abused each one of his romantic partners: Marie-Thérèse Walter, Jacqueline Roque, Olga Khokhlova and Dora Maar. Under Picasso’s misogyny, these women provided the artist with inspiration for some of his greatest portraits, before being discarded for a younger model. Picasso took pride in his attitude: ‘Every time I change wives I should burn the last one. That way I’d be rid … You kill the woman and you wipe out the past she represents.”

Everyone knows of Edward Hopper. He has been hero-worshipped as the artist of lockdown – for paintings of isolated figures in sunlit interiors. But have you heard of Jo Hopper? The story of Hopper’s wife, model and fellow artist shines a complexly different light on him.

Jo Nivison was initially the more successful artist. Her paintings had hung next to those of Picasso, Modigliani and Man Ray. In 1924 she was invited to show 6 watercolours at the Brooklyn Museum, alongside Georgia O’Keeffe and John Singer Sargent. Meanwhile, Hopper hadn’t sold a painting in over a decade and Nivison wanted to support him, so she convinced the museum to include his work in the show. This exhibition launched his career.

That same year Jo Nivison married Hopper – probably the biggest mistake of her life. Jo Hopper’s diary tells the story of an abusive marriage in which she is hit by her husband. He discouraged her from painting. She helped him, acting as his agent, model, secretary, record keeper. “If there can be room for only one of us, it must undoubtedly be he”, she wrote. And Hopper wanted it that way.

Like Hopper, Roger Hilton is another man who wanted to be the only artist in the family. He was one of the pioneers of British abstract art, and an important member of the St Ives circle. He also banned his wife Rose Hilton (1931–2019) from making art. “We’d been together for a little while and one day Roger said to me, ‘It’s working, you and I, but I’m the painter in this set-up – and don’t forget it.’ That was the way it was. He was the artist. I was the wife and mother.” Luckily, Rose Hilton painted secretly in the attic, dreaming up richly coloured depictions of the female nude. But until his death, she had to put his career first – and hers on hold.

Chuck Close a contemporary painter of massive-scale photorealist portraits. He’s famous for creating grids of individually coloured squares, which, although abstract up close, form unified, highly realistic images from afar. These paintings are great. But in 2018 The National Gallery of Art in Washington cancelled his solo show because of accusations of sexual misconduct. The New York Times published a report that Close had asked women who visited his studio to undress and made unwelcome explicit comments.

Instead, the museum held a show of works by acclaimed female artists – including Barbara Kruger and Kara Walker – called The Art World We Want. Alongside the artworks, the exhibition’s workshop component involved Post-it notes and an art history timeline, where guests could share their own thoughts of what needs to change in the future.

So can we separate art from the artist?

I’d love to say yes, because looking at just this short list here (and yes, there are plenty of other other names I could include) these men have created art which many people, including me, love to look at. This is art that has changed history and continues to do so, as it influences contemporary artists, filmmakers and others. Caravaggio’s paintings alone have inspired the likes of Martin Scorsese and Peter Doig.

But here’s why we can’t separate art from the artist.

Many ‘great artists’ have used this status not only as a cloak to shield their abuse, but as a means to engage with and exploit victims. In the recent case of Chuck Close, he is alleged to have invited women individually to his studio, where they were asked to strip nude and “audition” for a portrait, while he asked them invasive questions. He clearly manipulated his status as a ‘great artist’ to exploit female models who could feature in his paintings – at a price.

In the case of Hopper, the woman he abused was not only the subject of his paintings, but furthered his career. She made crucial introductions, gave practical support and modelled for Hopper. Without her, Hopper’s painting’s would not be hanging in museums around the world; she dedicated her life to this abusive man, ensuring his inclusion in the art canon. So how can we separate these paintings from Jo Hopper? We can’t.

By separating artist from art, we overlook their subjects, partners and wives. And we can see that at times these parties suffered greatly: they were abused and exploited by the hands of ‘artistic geniuses’. In many cases, these victims actually stare out of paintings. It’s no wonder Picasso painted a weeping woman.

This separation also means that we ignore the contributions of artists’ models and partners. After her husband’s death, Jo Hopper gifted ALL of her works to the Whitney Museum of American Art. The museum binned most of them. While we continue to showcase and prioritise the work of ‘great artists’ like Edward Hopper in major museum retrospectives, how can overlooked wives get a look in? This focus on celebrating art without looking at the artist behind it protects the reputation of the abuser and continues to silence their victims.

I don’t think we should cancel every Picasso, Caravaggio or Close show. But I think we need more discussion about the nature of these ‘great artists’. At the very least, curators’ narratives and wall labels need to share the true story behind problematic artworks’ creation and makers.

As Chuck Close has said: “I think most paintings are a record of the decisions that the artist made”. Viewers deserve to be aware of those decisions, good and bad.

Wed Dec 2 , 2020
“Queer” is a deliberately difficult term to define, as the very meaning of it is to blur categories and challenge norms. Broadly speaking, the label […] 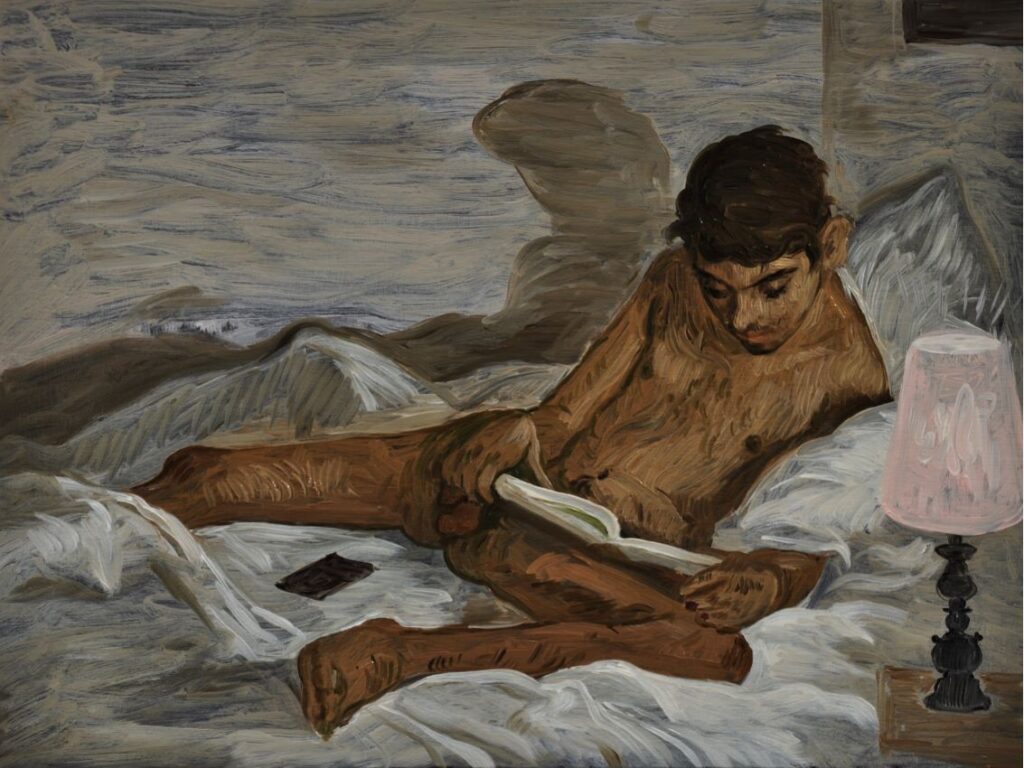