2019 is going to be a brilliant year for theatre in Birmingham and the Black Country. What’s on? Well, the upcoming programme includes big musicals Les Miserables, Ghost and Dirty Dancing, amongst many more. Also coming to the stage are classic dramas such as To Kill a Mockingbird. So, if you’re looking for theatre shows in Birmingham & Wolverhampton in 2019, here are my top 8 picks.

1. To Kill A Mockingbird at Birmingham REP

Experience the critically acclaimed production of one of the greatest novels of the 20th century as the sell-out show returns to the stage. Set in the Deep South, Harper Lee’s Pulitzer Prize-winning novel sees racial injustice divide a small-town community. With integrity and compassion, lawyer Atticus Finch seeks the truth. His courageous daughter, Scout, brings hope to a neighbourhood in turmoil.

Experience the European stage première of Khaled Hosseini’s spiritual sequel to The Kite Runner. In 1992 in an Afghanistan ravaged by war, an orphaned Laila is left alone in an increasingly threatening world. Her older neighbour Rasheed is quick to open his home and takes Laila as his second wife. Rasheed’s first wife Mariam has no choice but to accept her younger, and now pregnant, rival. As the Taliban take over, life for all of them becomes a desperate struggle against starvation, brutality and fear, and the two women find themselves unlikely allies.

After nearly a decade since the last sell-out UK tour, Cameron Mackintosh’s acclaimed Broadway production of Boublil and Schönberg’s musical Les Misérables returns to Birmingham Hippodrome in April 2019. This brilliant new staging has taken the world by storm and has been hailed “Les Mis for the 21st Century”. With scenery inspired by the paintings of Victor Hugo, the magnificent score of Les Misérables includes the songs “I Dreamed a Dream”, “On My Own”, “Bring Him Home”, “One Day More“, “Master Of The House” and many more. Seen by over 120 million people worldwide in 45 countries and in 22 languages, Les Misérables is undisputedly one of the world’s most popular musicals.

4. The Color Purple at Birmingham Hippodrome

The Color Purple is the inspiring musical, based on the Pulitzer prize-winning novel by Alice Walker, the classic hit movie and the Tony® Award-winning production on Broadway. This unforgettable story told over the course of 40 years follows tormented heroine Celie, as she journeys through joy, despair, anguish and hope in her own personal awakening to discover her unique voice in the world. With a profoundly evocative score drawing inspiration from jazz, ragtime, gospel and blues, the show is set in racially divided southern America.

With songs by Grammy® and Tony® winning pop icon Cyndi Lauper, Kinky Boots takes you from the factory floor to the glamorous catwalks of Milan. Charlie Price is struggling to live up to his father’s expectations and continue the family business of Price & Son. With the shoe factory’s future hanging in the balance, help arrives in the unlikely but spectacular form of Lola – a fabulous performer in need of some sturdy new stilettos.

6. Abigail’s Party at the Alexandra Theatre

Mike Leigh’s iconic Abigail’s Party is one of Britain’s most celebrated comedies. Beverly and husband Laurence are throwing a party for their newlywed neighbours, Tony and Angela. Joining them is highly strung Susan whose been banished from the party of her teenage daughter Abigail. Welcome to 1970’s suburbia and its heady mix of free-flowing cocktails, classic disco and cheese and pineapple sticks. As tensions rise and tempers flare the sheen of respectability is torn away by the warring couples with hilarious and potentially disastrous consequences.

7. Ghost The Musical at Wolverhampton Grand

Walking back to their apartment late one night, a tragic encounter sees Sam murdered and his beloved wife Molly alone in despair and utterly lost. But with the help of a phony storefront psychic Sam, trapped between this world and the next, tries to communicate with Molly in the hope of saving her from grave danger. The movie Ghost has proven to be one of cinema’s biggest all-time hits. Now, Bruce Joel Rubin has adapted his screenplay for this musical. The movie and the musical feature Unchained Melody by The Righteous Brothers’ alongside many more terrific songs co-written by Eurythmics’ Dave Stewart.

The classic story of Baby and Johnny returns, following three blockbuster West End runs and three hit UK tours, featuring the much-loved songs Hungry Eyes, Hey! Baby, Do You Love Me? and the heart-stopping (I’ve Had) The Time Of My Life. Full of passion and romance, heart-pounding music and sensational sexy dancing, what more could you want?

'Everything to Everybody' | Birmingham’s secret Shakespeare collection

Thu Dec 20 , 2018
I am excited to let you know that I’ll be starting a new job in January, working with a wonderful and once-famous Shakespeare collection in […] 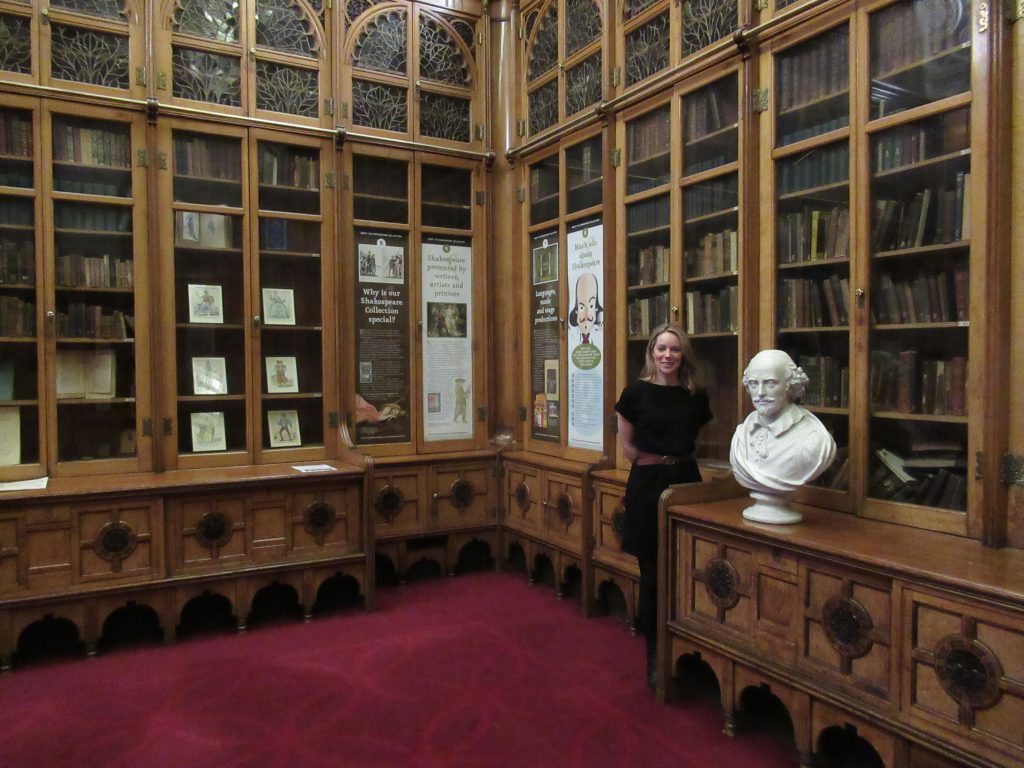