Once again, Banksy has stepped up, showing support for the Black Lives Matter movement, following the death of George Floyd in America. Banksy is as much political activist as he is artist. His latest work highlights racism, about which he has said in an accompanying statement: “At first I thought I should just shut up and listen to black people about this issue. But why would I do that? It’s not their problem, it’s mine”.

And Banksy’s not alone in using art as a powerful platform to protest.

Over the last 100 years, artists have been outspoken protesters on issues from LGBTQ+ rights and feminism to equal-pay and anti-racism. Protest artwork can question, disturb and even change the status quo. Silence = death became Keith Haring’s slogan for AIDS awareness in the 80s. The Guerrilla Girls have fought for gallery representation of female artists. Ai Wei Wei speaks out against the Chinese government.

Today, protest art is coming back into fashion, and – in a social media, visually-rich world – it is more important than ever.

Let’s take a look at 11 famous protest art examples, from the 1920s to today.

Why is protest art important?

Before we look at 11 significant examples, let’s take a moment to understand the very nature of protest art. The 20th century philosopher Theodor Adorno famously wrote that “all art is an uncommitted crime”. What he meant was simply that by its very nature art challenges the status quo. Throughout history, artists have reacted against oppression, violence, injustice and inequalities. They have stood up for the voiceless and marginalised. Protest art challenges traditional boundaries, hierarchies and rules imposed by those in power. It’s an act of defiance. And it is hugely important as it can influence the thinking of the general public, as well as leaders and politicians. Often images speak louder than words. Art can make a message accessible and universal.

Right, time for 11 famous protest art examples…for which some of the artists were arrested.

Who were the pioneers of protest art? It’s difficult to say exactly but the Dada artists were one of the first groups to become known for activist art. The movement began around 1916 as a reaction to World War I and the nationalism that many thought had led to the war. Around 30 artists, including Marcel Duchamp, Tristan Tzara, Hans Arp and Hannah Hoch, were intent on opposing bourgeois culture. They are best known for their use of readymades – everyday objects presented as art. Duchamp’s choice of a urinal challenged and offended even his fellow artists.

Diego Rivera was one of the leaders of the Mexican Mural Movement of the 1920s. He created popular political murals throughout Mexico that included attacks on the ruling class, the church and capitalism. Instead, he promoted communism and socialism, and wanted to protect workers’ rights. Rivera deliberately painted large-scale murals on public walls (in opposition to what he regarded as the elitist character of paintings in galleries and museums). He claims to have been arrested for his protest art but no evidence exists for this.

In 1965, as the Vietnam War escalated, American artists began to move away from abstraction and into a more direct commentary on the world. The war brought about a sudden shift toward representational, satirical and often cartoonish protest art attacking the war and elected officials. The war changed art, turning artists towards activism.

Yayoi Kusama may be celebrated these days for dots & pumpkins. But in the 1960s, at the height of the Vietnam War, she staged actions in New York, counteracting violence with activism in the form of naked body painting happenings and orgiastic love-ins. Her first Anatomic Explosion featuring naked dancers took place on 15 October 1968 opposite the New York Stock Exchange, and was prefaced by a press release that stated, ‘The money made with this stock is enabling the war to continue. We protest this cruel, greedy instrument of the war establishment.’

Jacob Lawrence grew up in Harlem during the Depression and he became an important commentator on the experiences and afflictions endured by African Americans. He aligned himself with the American school of social realism and Mexican muralist tradition to protest racial inequality. In his massive 60-piece painting collection called ‘The Migration Series’ he depicted the turmoil and moments of violence during the Great Migration. Sometimes referred to as the Black Migration, it was the movement of 6 million African Americans out of the rural Southern United States to the urban Northeast, Midwest, and West that occurred between 1916 and 1970. The migration took place after Jim Crow threatened their lives, and equalities in the south. It stood as a powerful protest against the oppression of African American people.

Although he died in 1990, Keith Haring’s art activism lives on. His pop art-style makes his messages accessible. Today, there are Haring T-shirts, Haring hats, Haring shoes, Haring baseball hats and badges. During the 1980s, he made art which addressed socially important issues. His specially designed posters were given out at anti-nuclear and anti-apartheid rallies. He also campaigned for AIDS awareness, through his famous slogan Silence = Death. Haring’s art forced people to talk about AIDS.

“Art is nothing if you don’t reach every segment of the people” – Keith Haring.

In 1998 Portuguese born artist Paula Rego created a series of work entitled Untitled. The Abortion Pastels.  Rego created her work in response to a referendum to legalise abortion in Portugal, which was very narrowly defeated. Each canvas depicted the image of a woman undergoing an unsafe abortion. When the series was exhibited in the Portuguese capital, Lisbon, Rego recalled the whispered secrets of women in the gallery while looking at her artworks. In turn, after being exhibited, her work is stated to have been integral in changing public opinion. It’s a powerful example of feminist protest art impacting on local and national views.

“It highlights the fear and pain and danger of an illegal abortion, which is what desperate women have always resorted to. It’s very wrong to criminalise women on top of everything else. Making abortions illegal is forcing women to the backstreet solution. I’m doing what I can with my work but both men and women need to stand up to this. It affects men too. You don’t get pregnant on your own do you?” – Paula Rego.

Abortion laws in Portugal were liberalised to a greater extent on April 10, 2007.

In 1985, the Guerrilla Girls sprung to action as anonymous, gorilla mask-wearing protesters. Known for their feminist protest art, they have fought the lack of recognition and inclusion for women in the art world. Today, the group still protests, speaks, and performs publicly, in art institutions and private galleries. Their concealed identities help to protect the members from ruining their primary careers as artists; instead they use pseudonyms of dead female artists. They are most well-known for clever and humorous posters, bill boards, flyers and books which criticise large publicly funded institutions and private galleries for their lack of pay, and inclusion for marginalised artists.

Ai Wei Weu is one of the most famous protest artists today. His work is deeply political and critical of China’s communist party. Whether it’s covering the floor of the Tate Modern with 150 tons of porcelain sunflower seeds or photographing himself flipping-off Mao’s mural on the walls of the Forbidden City, Ai’s work has drawn intense criticism from the Chinese state.

In 2011 he was arrested and imprisoned by the Chinese Government for 81 days. The alleged crime was ‘economic crimes’ but the artist’s family, human rights activists, and other supporters have long said his arrest was politically motivated, because of his criticism of government authoritarianism and censorship. Even after he was released, Chinese authorities retained his passport and forbid him from leaving Beijing, placing him on modified house arrest for 4 years.

“I believe the core value of an artist must be to express yourself freely and fight for the freedom of others” – Ai Wei Wei.

Most recently, he has stood up for anti-government demonstrations in Hong Kong. He has a team filming a documentary about the Hong Kong protests on university campuses and says these protests will influence an opera he is working on. He has called out worldwide leaders’ silence in the face of these troubling times for Hong Kong.

Last month art photographer, Nan Goldin, led a ‘die-in’ at London’s V & A Museum. The action was part of her campaign to stop British and American cultural organisations accepting donations and sponsorship from the Sackler Trust – who are the family behind the pharmaceutical company that made the addictive opioid painkiller OxyContin.

About 30 protesters placed bottles of pills and “Oxy dollar” bills stained red on the museum’s floor. Demonstrators then staged a “die-in”, lying down for five minutes to represent the 400,000 worldwide deaths they blame on drug dependency, and the five people a day they claim die in this country due to prescription drug addiction.

Earlier this year, Nan Goldin was arrested for disorderly conduct while protesting outside of New York Governor Andrew Cuomo’s office building in Manhattan along with a dozen other activist members of P.A.I.N., the group Goldin founded to hold the Sackler family accountable for its role in the opioid crisis.

She’s one of many protest artists today who receive international attention, and use their status to campaign for important causes.

Graffiti art is particularly viewed as a powerful form of social protest, and the (illegal) act of defacing can be as important as the message itself. Artist Void One has been arrested on numerous occasions for his politically-charged interventions.

“I didn’t set out to make political art but art is a platform where I can vent my frustrations” – Void One.

He is best known for his ‘Fit for work’ campaign, which appeared at 5 job centres in the UK in 2018. It came about because his friend and mum were struggling through the Universal credit system.

“I see people suffering and their health getting worse, when it’s solvable. It’s a form of eugenics. 43% of disability claimants attempt suicide a year. I want to get that into the national conscience”, he explains.

His art protest consisted of the following: he turned the entrance to 5 job centres into murder scenes, painting the outline of a body surrounded by blood. In bright red paint ‘fit for work’ was scrawled across the job centres’ windows, walls and doors.

He was arrested for hitting the head office of the Department for Work and Pensions – with his protest artworks – at Christmas last year.

At times, protest art can become an accepted part of the art establishment and canon of art history. American artist Kara Walker was recently commissioned to create the Turbine Hall commission for Tate Modern in London. ‘Fons Americanus’ is a 13-metre high soaring fountain that rises from two oval basins filled with water. Its form is inspired by the Victoria Memorial near Buckingham Palace but it is more a critique of colonialism than a celebration of it. It’s a monumental rebuke to the evils of the British Empire. And it’s right in the heart of London. In one of Britain’s most prestigious and poplar galleries. And Tate has obvious connections to  slavery – in British colonies in the Caribbean, enslaved people produced sugar. Yes – the sugar industry was built on slavery and empire.

You can read Tate’s statement, which makes for an interesting read, here: www.tate.org.uk/about-us/history-tate/tate-galleries-and-slavery

Want to read more on the topic of protest art?

If there’s one book I recommend on the topic of famous protest art examples, it’s ‘The Art of Protest’ by Joanne Rippon and Anish Kapoor. It showcases more than 100 artworks which cover campaigns from women’s liberation and the civil rights movement to climate change and Black Lives Matter.

Women in Art | 11 female artists to know past to present

Sat Aug 15 , 2020
The idea that female artists have been underrepresented in museums, galleries and art history writing is not new. Many of us are unfamiliar with a […] 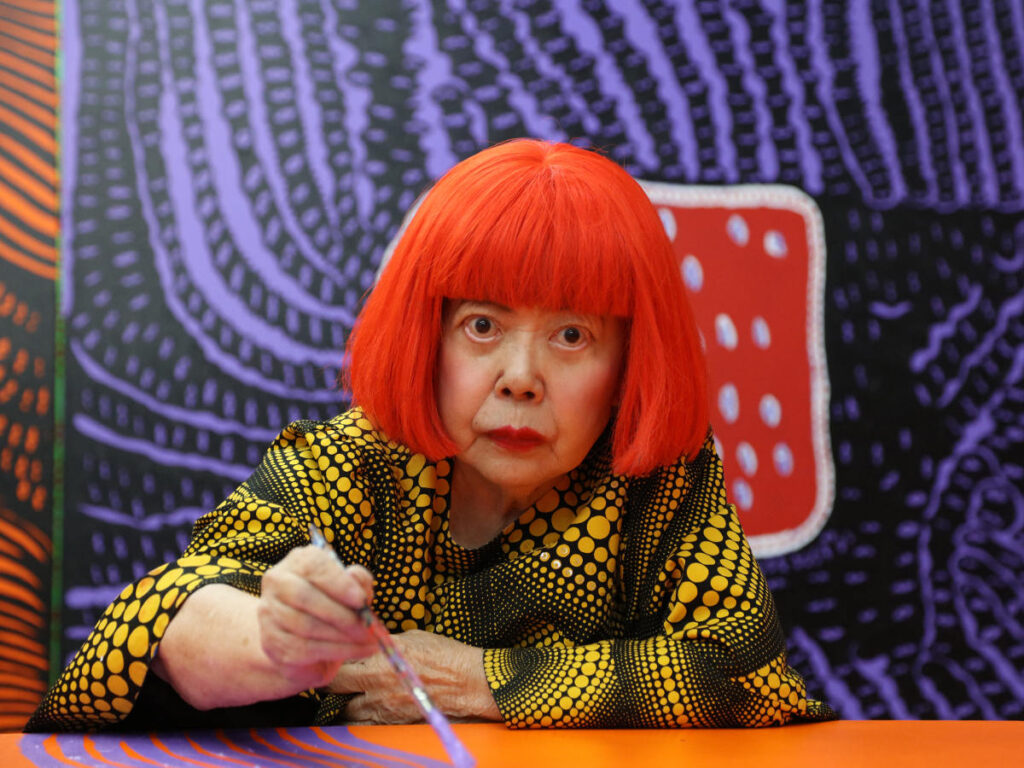